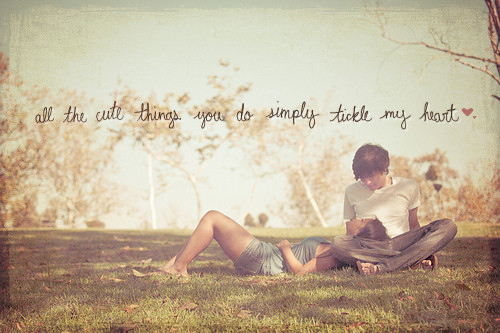 Somewhere in the middle of a Sunday, a decade of marriage, and between clipping crosswords and Sudoku from the daily newspaper that they'd religiously solved together and collected in piling scrapbooks chronologically, she asked him, “Do you believe in life after death ?”

He continued to work with the pair of scissors at the newspaper, his back still touching hers, and placidly spoke, “I don’t know! Haven’t heard from anyone on the other side. But I would want it to be true now.”

She remembered herself asking the same question some 12 for 13 years back, when they had been courting for some time. The first part of his current answer had been his complete answer then, the tone almost invariable as today. “That wasn’t the answer you had given back then?”

He paused a little, she sensed it by the brief halt in the movement of his shoulder and his back. “Well, people change, don’t they? I had not taken those vows of marriage back then, with you.” His slipping and arranging of sudokus resumed.

Piqued by the response, she asked “So? How does that change things?” As she continued with a slice of crosswords, head tilted in one direction, and scissors and paper in other direction as if aligning the eye at right angles to the cuts.

“Being with you makes me look forward to being with you again. So now that that Pandit ji had made us vow our togetherness for this and the next seven lives, I kind of want to believe in that. Each passing year has only strengthened this... desire”, he shrugged.

She was almost smiling, the slow wrinkles on her forehead almost disappearing when she did. She gently butted the back of her head against his.

“Ah, careful now!” he moaned, as if hurt, teasing her.

After a few moments of nothing but the scraping sound of one scissor against the grain of newspapers, he continued “All this thought of living and afterlife also makes think of dying, you know.”

She closed her eyes, still reclining against him and asked “What of it?”

“I wouldn’t want you to die before me, for in that case you’d be older than me in the next life.” She groped for him behind her back, and poked him in his mildly protruding love handles, “Soooo? What is the problem with that?”

He jolted a little, she could almost feel him smile. He spoke enthusiastically, but slowly, as if calculating in his head, like the other times when he told her his weird theories, “so, if I don’t follow you soon, there will be a lot of time gap between us. Taking a good view that society will be more progressive, we'd still be together in the next life. But because you came early, chances are that you’ll leave early and that I was born late, my waiting period for the next time might create further disparity. If the period is always constant, then there won’t be much trouble, but if fate makes me wait, maybe in some later lifetime, I’d be the age of your son.”

She laughed at his stupid conjecture but was a willing participant, as she had been most of the times, “But the deal is of seven lives only, remember?”

He snapped back, “what if we renewed this seven lives contract in each life, the pundits aren't going anywhere, are they? It would be like dangling a carrot before a mule, who never gets it, it just keeps moving forward in the hope of getting it.”

“Okay, so what’s the problem with you leaving early?” She asked thoughtfully.

He spoke as he started to turn towards her, still seated. “I guess I wouldn't want to torment you with the wait, so I never really considered it.” She felt warmth spread all over her when he had said that. He’d spoken them without thinking, as if the decision was written in stone, and he was stoic like that stone, his expression unwavering, determined, and yet coy. It is kind of unnerving when one is loved like that. She let herself rest in his lap as he replaced the scissors in his hands with her curls. But mischief being her second nature, she always had something up her sleeve to rebuff his plan.

“Right, but I can get to be the guy alternatively, then that disparity would be less? Say, I leave early and become the guy next time, and you come to me as the girl?”

He stopped fiddling with her curls, his brow tensed a little as he focused into nothing. She'd learnt that he wasn't staring at her even as he appeared to look at her in all these years. He abruptly broke “Oh! I hadn’t thought about that. Apparently you're right”

He was almost getting serious with this thought when she cut him across “Yeah, and I am imagining how you’d be, when you’d be a girl. With current traits, you wouldn’t be much of a catch, don’t you think?”

“I don’t know”, he said in a somber tone, and then followed it with a mischievous grin breaking across his lips “maybe I’d qualify as being a bitch!”

She slapped his hand “Shut up!” He laughed. She made a face and then joined him equivocally in his laughter. “Anyways, I wouldn’t want to be anything else than your woman.” She cooed lovingly “And I don’t care about the next lives, as long as you’re here.” She pulled him in, he held her tight, as they embraced. “I love you.”