Life is a game.

People often tell me that life is a game. Some people actually, a couple of them at maximum. But they're people anyway. So, people often tell me that life is a game. When I started playing computer games, I used to think they are gone nuts because they have no idea what they're talking about. I was THAT good at games I enjoyed playing. For instance, I was introduced to this phenomenon called 'Counter Strike 1.6' while in second year and my gaming avatar was gaining clout fragging headshots on headshots in LAN Parties while my Mathematics was in free fall without a break. But had Mathematics been a game, boy I'd have been an ace sniper. I 'slided up' from being a mechanical engineering student to being an electronics engineering student, and midst all this I saw the first major sine wave of my academic career. So, did life feel like a game then? No, it was a frigid cold desert of heartless harems. I don't know where that came from. Harlem, I guess. I was writing figuratively of course. What about now? Now, I found a make believe to make my life fun. I accepted that "Life IS a game". So, what then? Lets play. 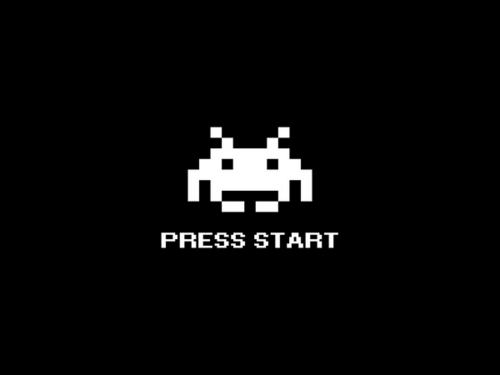 Of all the games that we've played in our lives, there are a few characteristics that stay the same. It's a game, it is supposed to have an end. Which means, there is a way out. And since it is a game, it is meant to be enjoyed. Of course obstacles fluster us, but their absence takes away the mojo from the game. If the duck flying around in that old 'Duck Hunt' game was perched safely on a branch, would that game be fun? It'd be a 'sitting duck' for anybody's sake. If there were no bad guys to kill and no obstacles to blast or jump over in contra, what would make us play it? Or take a more recent bug that I caught, the '2048' game. The game has ridiculously simple rules and an equally ridiculous target. Make a tile that shows the sum of 2048. I spent a whole Saturday in solving that, theorizing about the best approach to solve the game, by observing the pattern, predicting how we should proceed and then failing and trying again. It was supposed to be effing simple and the inability to solve something which we perceive as simple makes you adamant on solving it. Given the fact that the game was on Github, and there were more than one version to it, I was convinced that it is some Professors class project having multiple submissions. And that anything which has code has an algorithm, even chaos has an algorithm. Which made me tenacious. The next day I struck gold, but not before majority of my roomies had done it. BUT, at that time, I did it with the lowest score, and now that we know how to get to 2048, we're trying to figure out the best possible way to be there, the lowest score to reach 2048. What point was I making, yes, games end, they are supposed to.

And one very interesting aspect of games is, games do not have a tragic end. Most games have happy endings and THAT, is usually the most beautiful part seeing which, you'll know that it was worth it. All that blood and sweat, of course in the games, it was worth the ending. And we will also see that even though games can be mentally taxing, as life usually is, when we are enjoying them, we don't know how much time has passed. As I've said elsewhere too, I get pretty hooked up when playing, even when I am just a mediocre player of the game, but I know this much, there is not one game which was meant to keep the user trying and never reach an end.

Such is life too. It is a harmless thought you know, and I pray you observe life and find that it is so, for mine looks like one, at the moment.

Moral of the story, gaming is actually good if you can derive good lessons out of it. And for your own sake, please do not play that game called 2048. It is addictive.