Help!
I usually buy Nescafe Classic for the instant coffee powder. Not because it is a classic, but because it is cheaper. But sometimes, I also stock Nescafe Gold - for those 'Special Moments', also known as 'whims'. Something has happened lately. It isn't really much of a problem yet but every single time I open this container of Nescafe Gold, a song starts playing in my head "when the night has come, and the land is dark..." and because I never bothered to remember or hear more of the lyrics except the chorus, I swoop ahead to "Oh Darling, darling, stand, by me...". 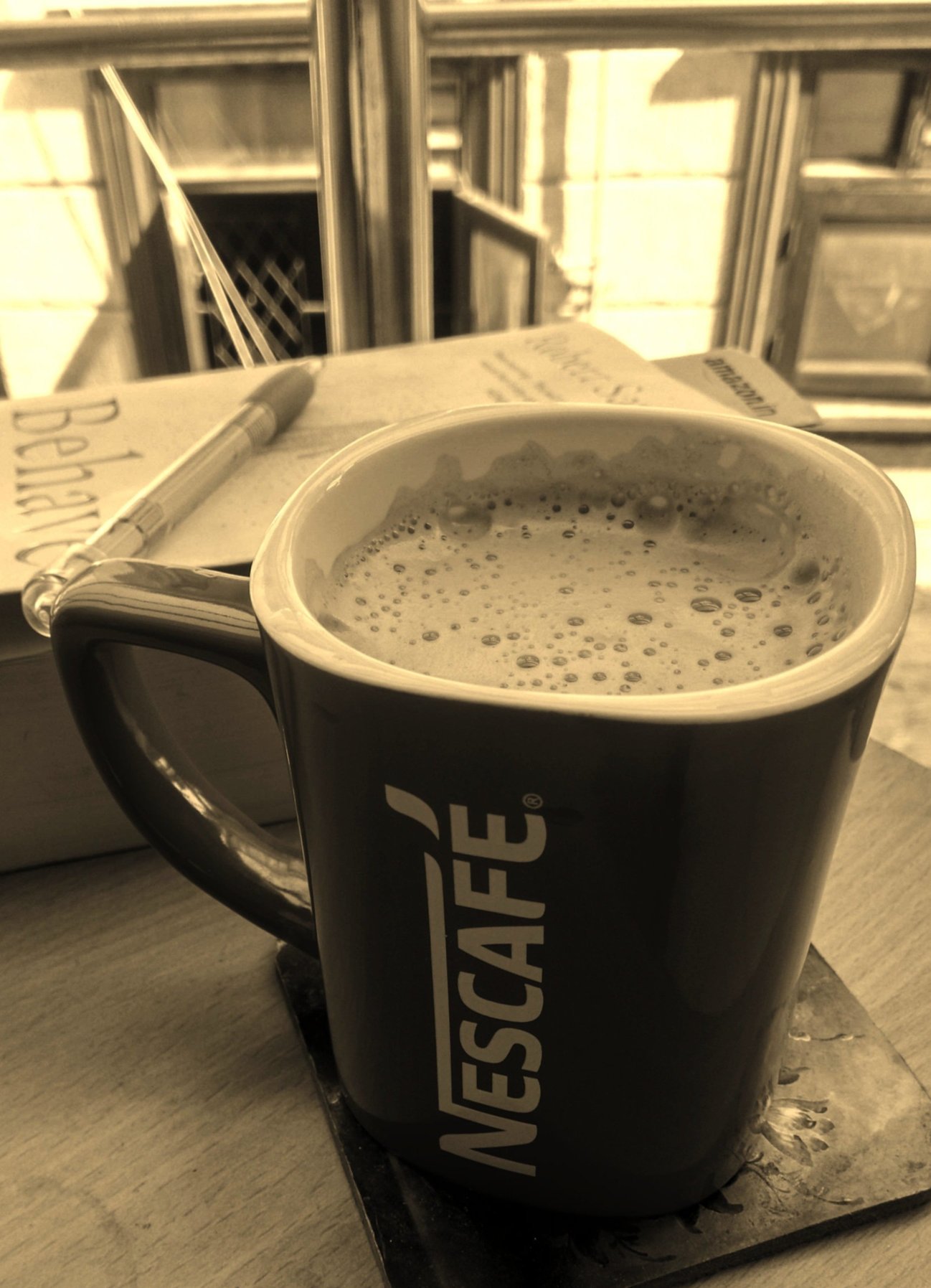 A few days back, I came across this advertisement for Nescafe Gold. The background score by Skylar Grey feels to the point. I like the advertisement, it is a wonderful reminder of second chances to and from the people who really matter; that we can always begin anew. That is probably why the advert stayed. But! I like coffee. Not that I can tell the taste and texture across them, but, I like coffee like I like my friends - 'almost' always.

Not that I mind the song either, but it seldom ceases to amuse me how given our brains are to such operant conditioning (or, Pavlovian conditioning). This is just one of the numerous examples how advertising works to associate products with... other products. Like Coca Cola, and Pepsi spend fortunes to cast young and famous petite actors for their 'lite' editions (previously, athletes too, but that is reducing now) to condition the youth and up their sales despite a growing body of research and evidence that they contribute massively to the obesity epidemic. Or, how situational proximity to certain things can trigger certain behaviors - like a recovered drug addict suddenly feeling the urges surging under his skin after being 5 years sober just by returning to the same neighborhood at around the same time of the night and seeing the 'hideout' where stuff used to happen. Or how, we learn to associate things with things. Repeatedly show two sequences, and our brains come to associate the latter with the first. Signal a tone before mildly shocking a lab rat, and it quickly learns that the signal means trouble. Then, remove the shock, and it will still have the same anxiety response for a long, long time. And just randomly, electrocute it once after you think it has forgotten how it used to be, and this time it won't forget for an even longer time. That's it's feedback system going full nopes - 'nope, not again, nope, never again'.

Anyhow, if you are stuck with some music in your head that you just can't get rid of - here's a sound that you can use to break the loop in your head if an earworm is stuck there. Play the windows crash sound, or Intel's (but not like this). Sometimes, all you need... is a break! (And please do not invoke 'have a break, have a kitkat'. That's how memes propagate. That is Pavlovian. Sometimes, I take offense at being such easy prey to memes).