The Poet and the Priest 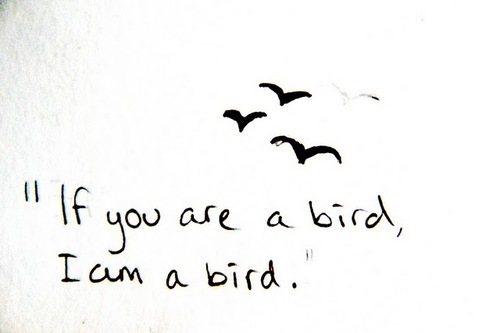 She held my palm against her cheek, and asked me, "do you want me to go away?". The poet in me was churning my stomach, thumping my heart, beating my veins with a fresh flow of tumult! It was screaming, "tell her what you feel!" And yet, the quintessential coward, the priest, the pacifier, the true quoter of truisms, choked the words. We knew, or at least I did, that nothing lasts forever. I knew that it is stupidity, an immaturity of age. I knew that after some time, and if we are lucky, after a very long time, we won't be the same. The poet kept pleading, from behind that held tongue - "but what if it were not true! Can you imagine the possibilities! The glee, the freedom? Let the word be out. Let me speak now!" But I was afraid. Whatever the priest had said, happened. Neither did the seasons last nor did the festival.

It would take much more effort to learn this. We all know that the priest is telling the true thing. No one needs to word it. We all hate the priest like we hate petrol pumps. Who wants a pit stop if there is a substitute in the form of never-ending fuel? Not everyone is impressed by the depth of your reason. You are being the person who knew the value of many things and the worth of none. Don't do that, or, do that sparingly. Tell what you feel, not what you know the consequence will be.

Why? Well, because, what the priest tells is not exactly what will happen. The sea looks calm, but it still has waves. The priest tells you the averages and averages are not the complete picture! (Talk of higher order statistics baby, talk dirty!) There is lots of variability if you let it. Yes, there is a lot more risk too, but, just imagine the possibilities! Every step you take modifies the possibilities that are now left. The consequence of sticking around the mean value is that things will be mostly that way, average. So, swing on!

Tell what you feel, and tell it with zeal. Like a baby!

P.S.: It started as a Journal Entry. Then, this question on Quora made me pull it out as an example. Thought, 'Nobody likes long answers!', hence put it up here for all those who may please.