What goes around comes around.

Last year, almost about this time of the year, a sequence of events occurred in and around me. Some good, some unpleasant. Much about the same time, I stumbled across this unique website called Time Capsule, which purported sending dated letters to people of the future. I wrote one, (two, actually) and flung them into orbit of the internet space, hoping they’ll return to me when I have forgotten about them, or their content. I was expecting one letter, but unfortunately, the project had to be shut down, and they’ve delivered them all, but at a very opportune time. What started in the 26th Orbit around the sun ends on the eve of commencement of the 27th. We've come another full circle.

I would want to share a few snippets from those letters. I’ve removed content where necessary, and since I’d asked questions back then, I’ve answered them inline. A song to fill the background while you attempt a read would be Johny Cash's 'Hurt' [link]. 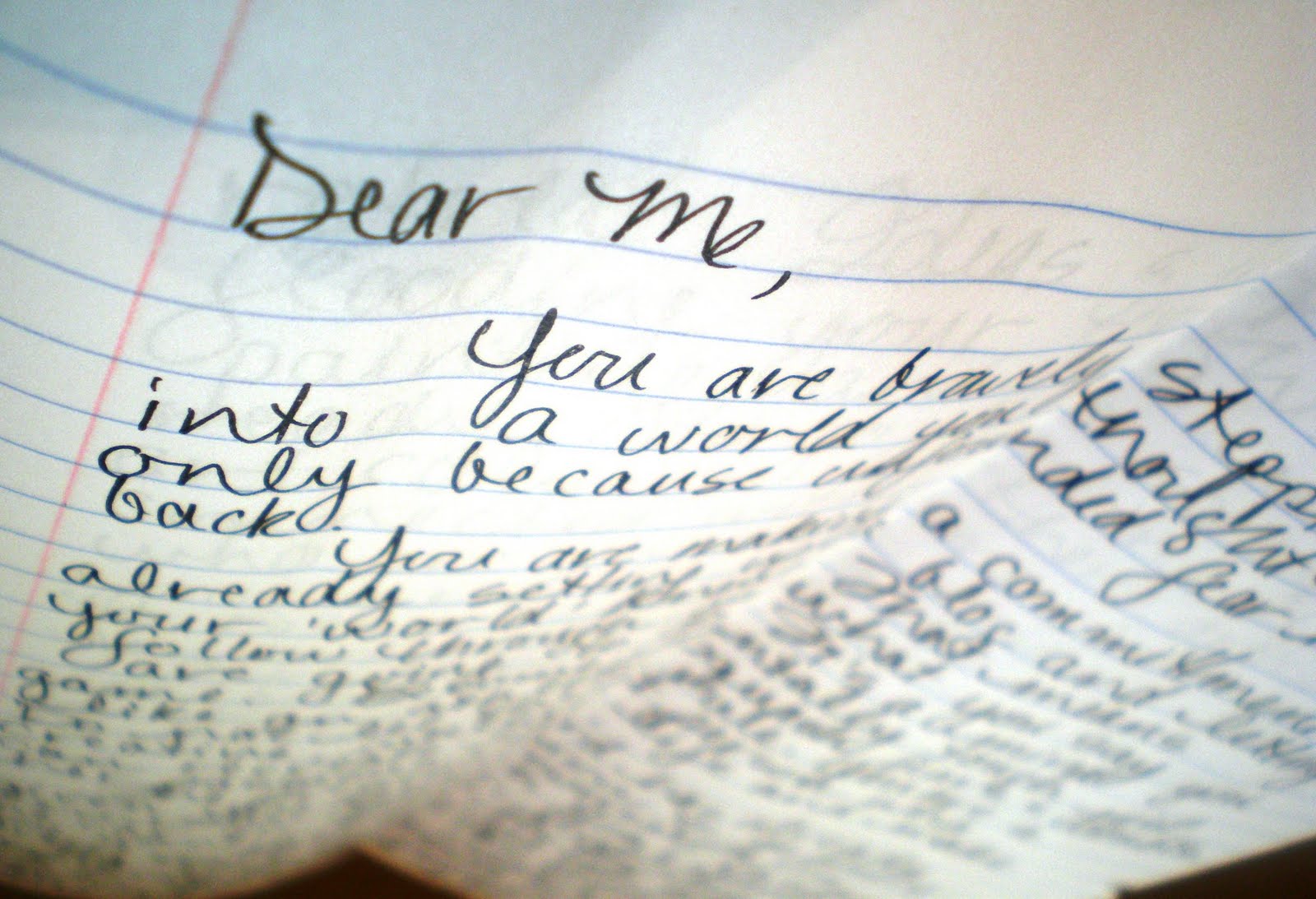 Dear Me (in the future),

I know that I forget some things, while some memories just drudge along. I'll tell you what it was today, and because it is between you and me, I'll be brusque, just the way I like it.

Right now, I am at an impasse, torn between options:

1. I like the kind of work I can do in office. I know that the regular complaints like the management sucks and the worst part of this entire design farce is that there is no one to review things before hell breaks loose. I've read these HBRs which have been an eye opener and trust that I am capable of making myself better. So far, I’ve been a solo flyer and have been coping well. I'll soon be in a team with others. What I fear is that I am not appointed to the task of getting things right, but conforming to the habits of people here (which I cannot quite digest correctly), and egalitarian culture doesn’t seem to go down well with me, so I expect resistance. I'll try to change. Change needs to be brought.

I’m still here, people in general are still the same. I’m still changing, little by little everyday. The stubbornness to change and make others comply is mellowing down, being replaced by the need to persuade than coerce, one person at a time. But that’s a tough job.

2. I really want to make things. I have this website, and I am writing a few posts every now and then. The plan is to make it large. Many times, I've asked myself, what after MTech? I realize that I'd be doing this, even after that, only that I'll be a little academically protected. But if this is the life I am going to choose 2 years from hence, why not now?

3. Ma and Papa are growing old. It's funny that I see that they're growing old and want to be there, but I still feel miserable when Ma says that I might want to try and find something to do in my hometown. I know I would want to return, but it is because I want to, not because they'd like to. But their saying this pisses me off and I don't feel like talking about it.

As of today, I feel light and happy, I've found and lost the key to effective working many times. The key is to wade, when there are too many things, but not stand and plan. It is better to head out with limited tools rather than sit and worry and gather tools there itself while the train leaves.

I wear this visor when studying or working on the computer with light on, light glares into my eyes. People make fun of it, but I'll try to do my thing. It's my body, they don't know a f*ck about it.

One thing that I have to rise above is to shake off the things that people say and do what I think is right. They'll always make fun, but they cannot be me. Ever.

You are me, and I hope you are in a better situation. I'll try to ensure that this letter finds you in the best place of your life.

I hope you arrive at the station. I know you are on the right path through analysis.

Well, listen to an old man talking. Your tirade reminds me of Feynman, and his book ‘What do You care what other people think?’. The bottom line is, I cannot help it. But by admitting it that I cannot help care, I’m actually on the road to not care about them, or at least reason if I should care or not. That is also one reason why I’ve clipped a few things from your letters. Above all, look at me, I haven’t let go of my preachiness and philosophizing.

The last few days have been a little disconcerting on the social front. I lost three people from my so called friend circle. One real, two virtual, all girls (that’s the important part, right?). But in most of these cases, I lost them either to my ego, or their egos, and largely due to a combination of both (plus the innate tendency to overunderstand or misunderstand).

So, all these back to back 'Fall from grace' events made me learn a few lessons that I'd like to remind myself again, since I have a tendency to not learn from the past. Build cautious walls, and never transgress them, no matter how much they lure you out of it. Pushing the envelope in this domain is psychologically risky and not worth for just anybody. Only a few deserve such effort.

Second, thinking of the positive, God has shown me at least three people I will not need in my future life before I crossed my quarter life period. That's right, 25 baby! Also, I'll need to draw those wall plans again.

This has also made me reconsider how I behave with boys and girls. While with boys, I am or can be my natural self while a certain restraint or bias comes to play in the other case. Odds are not in favour, given my conservative mind. I just cannot see women as I see men. It's mystery, awe, attraction, revulsion, imagination, a pint of sadism and a melancholy of masochism when it comes to some people. So, I just need to see them in the eye and mind my own business. There's should never be mine.

So, what do you remember out of all this?

I remember them, yes, but not as bitter episodes. Anyhow, I’ve never looked back, and can’t seem to care. Plus, I've added experiences with boys to my kitty to equalize the claims. :P

Oh and I did not write to make you remember all of this in a sad way, because I hope that you will forget it all. Because right now, writing is healing for me, and I let go by writing. I just want you to ask this question, 'does it matter now?'

I’ve lived up to your expectation old man, they don’t. :)

I wish you luck dear me. BTW, remember Feynman? :D

Yes, he is fondly remembered and has my unwavering admiration.

I almost forgot, I don't like the way I start sentences. They are too abrupt, ill placed.

It was mainly an experiment, to see if any of it mattered. What all thoughts and beliefs that I had held back then, could they stand the test of time? The events that shape us, do we remember the events or they silently alter our psyche while the memory of them fades. I had forgotten many things I wrote, and remembered many things vaguely. I intended to forget that I had sent any letters at all. Unfortunately I didn't forget sending at least one letter and the gist of a major part of that letter. What is interesting is that I didn't remember the frustration, or what I was feeling then, or the doubts, or the happy parts. I remembered the unpleasant parts. I have reason to believe that this is how our defense mechanism is built, to avoid future hurts, and probably re-live the good parts with the same gusto.
My mind lets go of a thousand things,
Like dates of wars and deaths of kings
(Source)