From Contra to Counter Strike, I am still a sucker for Khichdi

Alright, this post is an attempt at the Ambipur contest organized by Indiblogger and reading it or not is entirely up to your sweet discretion.

I was reading this post, and while I was commenting, I smelt something fishy in my head. I thought it was a good idea to try and be humourous for a while but then the humour is as volatile as that girl whom I overheard saying that the sun was evaporating her, despite sunscreen. Poor idea, looked so bright and promising in the head as I relived that smell. Hey, is it just me or you too find the word ‘smell’ a little offensive though it is supposedly neutral. Odour sounds much better but isn’t as per the dictionary.

Well, that thought, or rather smell was of chlorine. Have you ever had a chance to catch a whiff? The yellow green coloured gas; you don’t really see the colour until it is very dense so you can only smell it to know that it is Chlorine. I did that, smelling it in the lab, and I almost died. I mean, it sure did feel very painful but I cannot be too sure of the dying part; I just haven’t pushed myself that far and returned alive yet. It felt like 2 long and sharp (and burning) needles being thrust into my nose all of a sudden.

It doesn’t sound funny now that I have put it here (partly because I’ve presented it such), I’d like to direct your attention to a rather dear part of my life. I hail from a village in Shimla, and my house lies beneath a huge and old mountain range. That pretext is necessary to convince you that it was hard to catch good quality air waves of DD Metro (or DD2 as it was called then), let alone those C-Band dish antennas that boasted of the then ‘free to air’ channels like Zee TV. Cable TV was the luxury of people who lived in the town. Villages were not good for cable business. It is also necessary because we used to have 3 months winter breaks from school with me, my elder brother and an 8 bit video game console as company. That console had a keyboard in it, and parents had supposedly brought it so that we might learn something, like typing. The keyboard remained unused for the better part of its lifetime.

My mother dearly wanted at least one daughter. Unfortunately, I (the male chromosome) got luckier. But, she left no stone unturned to make us do, and learn doing, the household chores during those winter breaks. In the morning, one of us was supposed to sweep the veranda (it was a daunting task for tiny hands I swear) and the other was to water the plants lined up in three neat stepped platforms running the entire length of our house. I found the watering part easier and my brother found sweeping easier. Then in the afternoon, we were to mop the house floors and there too, we had pre-designated territories. In the evening, one of us was to knead the flour while the other would winnow and clean rice and pulses. I never liked kneading flour, still don’t.

We both played games like Contra and Mario in those winter breaks. But as children, we are entitled to be careless, right? So, in order to prevent any side effects of video games on our academic reports, our parents had this pact with us, no video games while the schools were on. So, we got to play our favourite video games only in the winters, and then too we were time bound, around 4 hours a day, or something that miserly; that too if we didn’t fight. So, what did we learnt from this entire rigmarole? To fight without making a sound! Occasionally, the silent sobbing of one of us would leak out and someone amongst us got his fair share of come-uppance, while the other was plainly victimized.

Back in those days, our Mother used to go and teach how to make stuffed toys at my Aunt’s place every Saturday. Often on Saturday’s when Ma would leave home in a hurry, she’d prepare the gravy and add condiments to it, and entrust the last, steaming the rice, part to us. After the first whistle, simmer the gas, shut down the stove after 5 minutes. Simple enough! Oh, by the way, ‘khichdi’ has always been my favourite, so it wasn’t that she made it for us because it was the quickest meal (no, Maggi was considered unhealthy, still is), but because we asked for it.

Having the complete house to ourselves till evening, we’d glue ourselves to the quest in Contra, or, this one episode I clearly remember, we were playing Lion King, turn wise of course. We were always bickering over other matters, but were quite religious devout and unified when it came to playing video games. 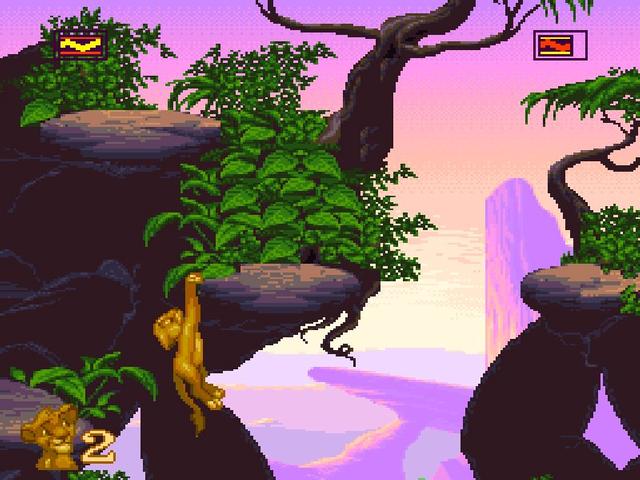 The first part, to simmer the gas on its first whistle was easy, because it was loud enough to be heard even when full attention was on taking Simba to the next level, the second step was where we tripped. Cooking at low flame meant there would be no loud whistle and rice would cook silently, so silently that it often took hours for us to realize what we’d just cooked for ourselves. Staying hungry part was fine, we didn’t care much, we were children and had video games to fill our stomachs; but the problem was, how to suppress the smell, and how to clean the soot off the cooker? Because we thought we could outsmart our mother (I think every child thinks so), we’d throw away the meal or eat what was still edible, try our best to scrape off the burned rice from the bottom and scrub the vessel clean with all our might, and then fill it with water and leave it in the sink. To rid the kitchen of the smell of burnt rice and cooker, we’d open the door and windows and pray. Our kitchen used to be in the leftmost wing of the house but the smell of burnt rice wasn’t easy to shake off so easily.

Mothers are born detectives, or perhaps they turn detectives and develop a sixth sense the moment their child is born. Eventually, Ma would return home in the evening, and instantly discover what we had cooked in the afternoon. To add to this, in our over indulgence with video games, we often forgot our other, routine duties. Our parents won’t hit us for such trivial things, they’d better plans. They knew our hurting vein was that 8 bit console. They packed it, and locked it. Forthcoming days would see us try tooth and nail to win them over, win their confidence that we had improved since last time; we’d wake up on time, do our daily jobs before they’d ask us to, be the epitome of brotherly conduct even when playing those 9 wicket cricket matches on the terrace, just to appease our mother standing guard to our Pandora’s box.

The skies did open every once in a while and we lost no opportunity to create fires of those lightnings. On a blue moon we’d ask them if we could play the video game and they’d assent without giving it much thought. And then, the entire episode would run over again. We tried to be cautious every single time, in fact the mistakes we did were never deliberate, they just happened while we were not watching. But we were children back then.

What happened next? Well, we grew up, moved on from Contra to Counter Strike, from one on one to LAN team matches and internet. But every once in a while, we do like to revisit old games, it is such a pleasant change to relive old bittersweet memories hunting those flying ducks and watch that cute dog snicker when we missed our shots. Like this one down here: 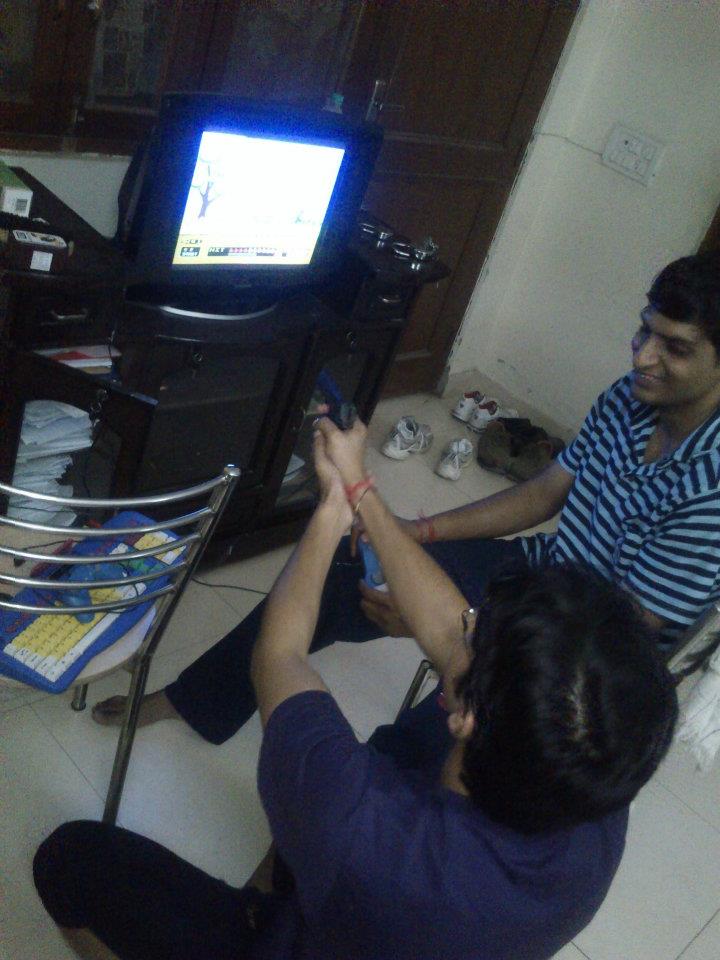 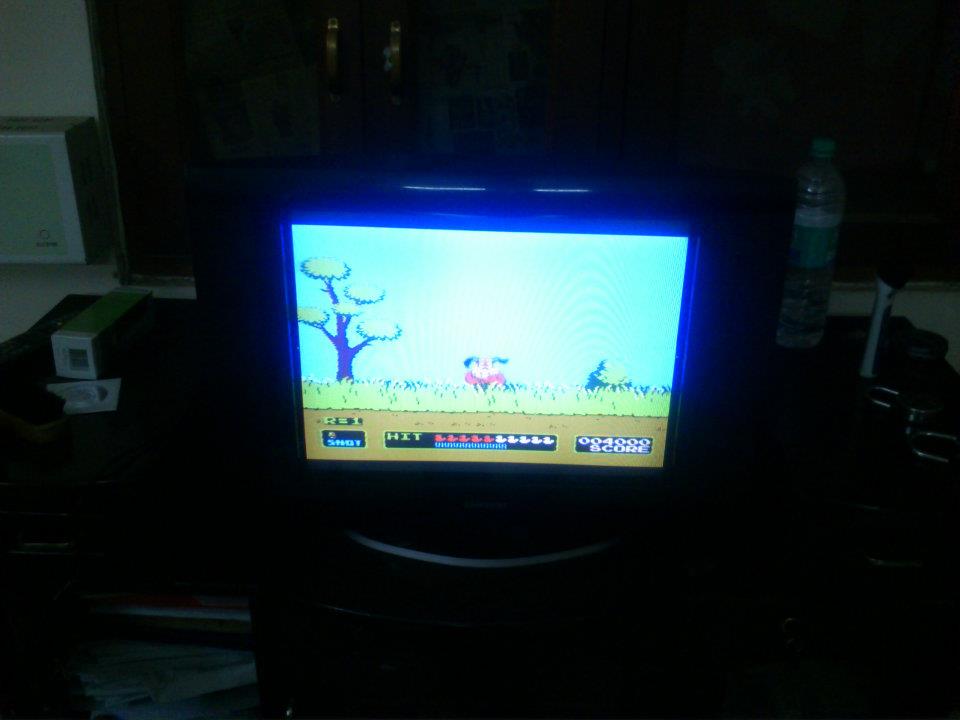 (By the way this ‘humorous’ in place of ‘humourous’ is very annoying in MS Word, among many others; it leaves this wavy red line underlining the word telling me it doesn’t look nice. I have been taught in the English Englishmen left behind in India and my eyes are still colourblind to recognize that good Americans invented the computer vocabulary).

P.S. In case you want to get an idea of how chlorine smells like, try putting bleaching powder in water, and stand in the room for a while. It won’t feel like those daggers which accompany heavy dosage, but you might connect the dots.