Do you remember that scene from Iron Man movie where the protagonist while sitting in a court hearing or something which is meant to arraign him of committing war crimes pulls out his handheld device, flips open its keyboard and does some 'geeky' stuff into it to project certain images about something of importance to the court and inland security people in little time? Well, neither do I, nor could I find that video anywhere on YouTube (Not that I didn't try, but I didn't try too hard because it'd be too much effort for a benign introduction)

So, when Indiblogger decided to have a Lenovo Yoga Tablet contest which wanted us to elaborate how we use our tablets, or how we'd like to use them, I was like, "yeah, sure that makes sense. I know how I'd like to use it." Then, over a week, I tried to think about how I'd like to use it and other stuff about it and made a few bullet points. More so, I tried to reason why I'd want a tablet in the first place when I already have a laptop and why haven't I bought one if I know how I'd like to use it? The answer to the second point is pretty simple. I'm poor to buy the ones I drool over, and the ones which come in cheap are too base for my chauvinistic tastes in gadgetry. But in the end, which was 2 days ago, I gave up on it, since it was too trivial, no brainer. 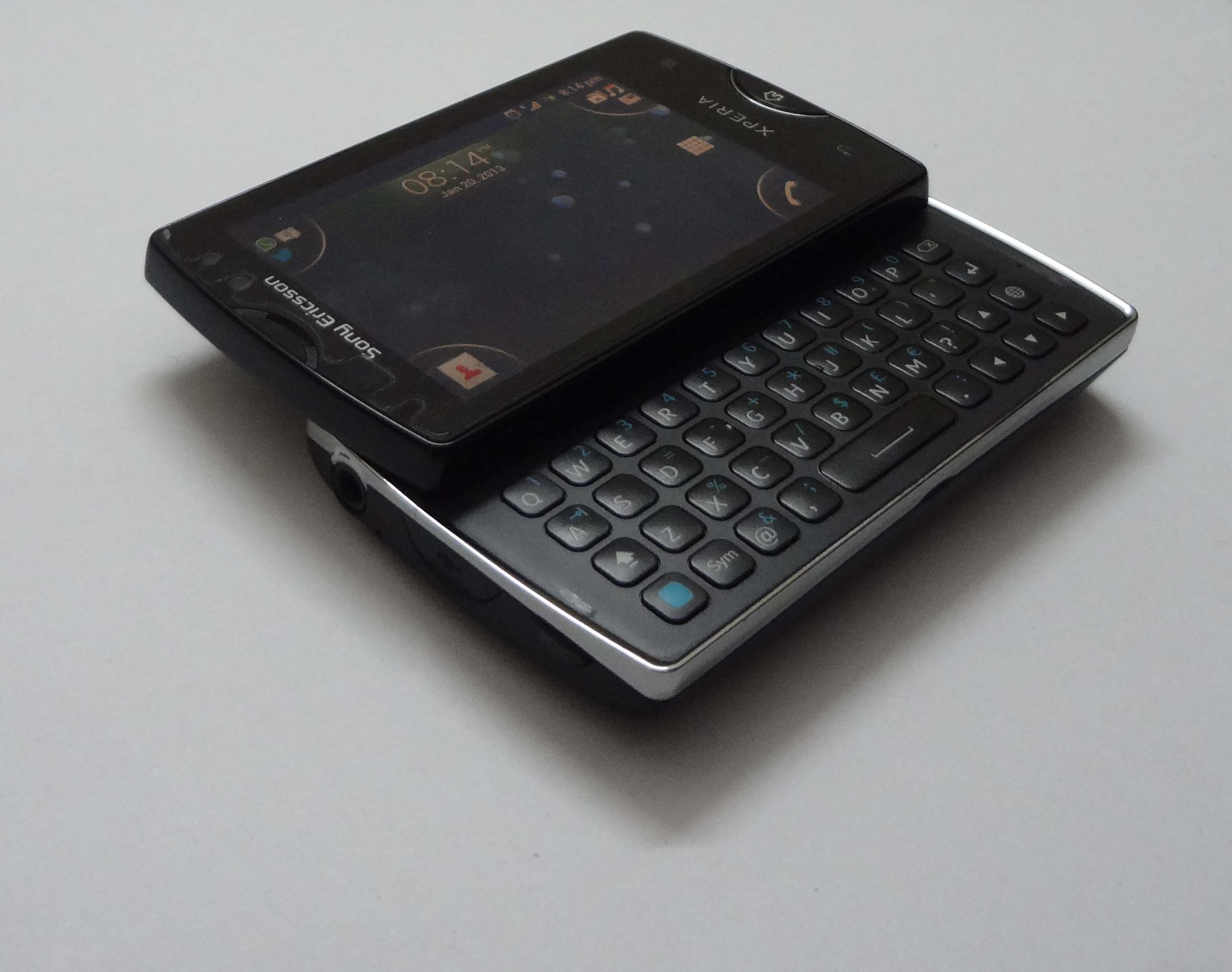 By the way, I own a Sony (Ericsson) Xperia mini pro (Codeword: Mango, Model Name: sk17i) which I bought somewhere in 2012 essentially because of its compactness and the feel of sophistication that I get when I flip open its hardware keypad from under the monolithic black glass slab. Plus, I have it rooted and running on a Jellybean (which, sadly Sony did not provide), so I like it more when I access the terminal and just look at stuff. It is like 'Matrix Reloaded'. But as much as I like it, it runs out of juice a little too soon if I exert it. Also, I cannot read on it. Not that I'd read any better in a 4.7 inch screen of phablets, but a three incher is a little too small for that, sophistication notwithstanding. So, one of the main reasons why I have often decided on buying a tablet is for reading (and perhaps, some Facebook and Twitter). The cheap tablets come without 3G, need external attachments, and their juice runs out soon, I mean, 3-4 hours is too less if I am to carry it around; with mobility being the norm, it would be really cumbersome to carry a power cable and huddle around power outlets to recharge it. We do that with Laptops (and even they're evolving) and well, that is the whole point around which tablets evolved, minimal hassle, maximum mobility. Speaking of evolving Laptops, I have had a long time crush on Lenovo Helix (it was love at first sight and love knows no reason. Now you know why I'm poor?), even before it was officially out in the US (let alone India) but it is WAY out of my fiscal reach and sadly no one does a 1 Lac charity around me. I'm collecting pocket money as we speak, err type. I'd want a scribble-diary cum e-book reader cum internet browser in a tablet, which sadly is not offered in most tablets, even the top notch ones. Now note, that when I say scribble, I don't mean writing with a pen with hand carefully hovering over the (multi-touch enabled) screen but never touching it, no, I've to lean on the surface to write on it. With multi-touch, the problem is that I cannot lean on it for it would try to find out what I pressed.

So, talking about what I'd want to do would be a wasted effort, I'd like to project what to expect of tablets in the future, or how I'd like them used for the coming, say 10 years or so. It is the only reason why I have chosen to write this down in the last minute (It's 10 pm on 18th December on the system clock). It is hard to pack so much power into tablets. Now come on, lets be honest, movies and photos are one thing, but computation power is a beast on another level, in contrast to how the advertisements project them; Tablets do not have fans to cool them, because if they did, their batteries won't last as even much as they do now. Heat sinks don't sink heat as much as we would like and superconductors are still in labs. Even Laptops suffer from this malaise, because they provide a slightly more powerful punch than the tablets and hence can never be as powerful as PCs which are connected to a healthy power source. Since Laptops are too bulky (barring the Ultrabooks which are essentially blurring the boundaries between a Laptop and a tablet) I refuse to carry them everywhere. But because Tablets are not as advanced, I refuse to carry them either, for now. 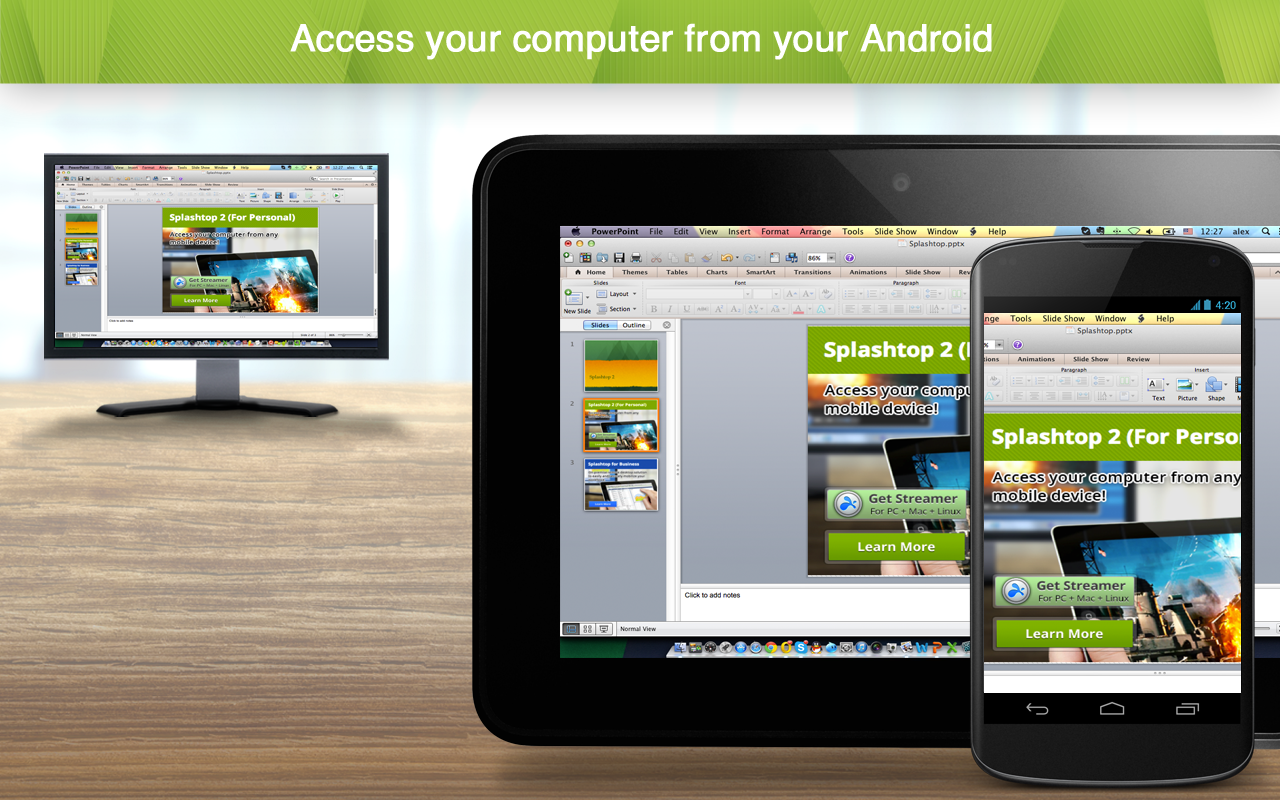 But I do see an alternative option, a unique mix of Tablets working in conjunction with a PC. The PC houses all the power, and is present on the cloud (or simply internet), while the Tablets are lightweight and long lasting which merely act as remote clients into the powerhouse PC. A good internet connection is obviously a requirement here, but without that, tablet isn't a very lucrative option anyway. This would also ensure that there is no data redundancy, as is the case today among online storage drives like Google Drive, Dropbox and Sky Drive which essentially pull data to every single PC we login with. With a single copy of data, we'll always be in sync everywhere (though sharing among many users would require a little different usage policy then). The proliferation of Android has seen the development of many apps that provide remote desktop access (like team viewer) but still limits the possibilities of what could be done with the tablet. Windows is definitely moving fast, but hey, so is (canonical) Ubuntu which I suspect would become more popular among developers and people from IT and scientific fields, who actually need such functionality. This would provide huge computational power in the touch of our hands from anywhere in the world (and also creating a single point of failure, perhaps :P ). So, I might be sitting in the next room on a sofa, or on the North Pole (provided they give good internet there) and I can do the same task with equal ease and oomph. This is essentially in line with what is happening today, pushing the computational burden into the cloud and offering software as a service. Probably, this is what Tony Stark did. (Okay, I admit, his cell phone was much cooler!)

Where do Laptops go? Well, they become tablets, and they're already becoming so anyway.

P.S.: Login to post comments, that makes commenting much easier. No filling of forms, no captcha, no moderation. The login link should appear underneath the post, and in any case will always be in the right sidebar :)