I am of the non-believer types, faithfully adhering to the notion that love doesn’t just happen like that, without reason. I felt the weight of this armor of stoicism and dour that I had gifted myself once when I had figured that the one who cannot take me at my worst doesn’t deserve to have me at my best. I was pretty successful in projecting this assumed image of callousness, so successful that I could be singled out in the entire room filled with people as being aloof, unapproachable.

Being a firm believer of reason, I love to teach it and even when I am not required to, I do deliver lectures to propagate it. I teach by giving contrasting situations to people, and explain to them the perspectives of each side. Then, I’d let them arrive at ‘my’ conclusions on ‘their’ own, as their conclusions. Some do, and I am satisfied that I am doing fine. But some would still choose the opposite, and then I’d try to explain again, trying to make them see what I saw. That is what I am supposed to do, to enforce conformance, never thinking that I might be wrong, because I have done that evaluation many times in the past. I’d do that the same night again, because one of those ten reasons would be new, and I have to fight it, and conquer it with a better argument, for the next time. Not that the current lot would know, those who aren’t convinced would grudge about it, but would still have to work with it. We are all bound by the rules of the organization. I had convinced myself that I and my organization are aligned.

It was one of such lectures. I had finished my lecture, the next speaker came, and I went back to my seat after pleading my case with the small group of fresh recruits. I like listening to people who are good at presenting their point. Rather, they make me listen to them. The new presenter, a friend, was one such speaker.

It was then when, to rest my neck from the strain of having to look up at the presentation continuously, I looked away from the whiteboard and projector screen and towards the fresh recruits. There was this, one girl, looking intently at me, even when the speaker was on the other hand. She didn’t look away when I looked at her. It wasn’t alarming or menacing but my system was on high alert. I wasn’t very comfortable, but wasn’t uncomfortable either. I brushed it off for that moment, but it stayed with me. Being on the same floor, it led to so many careless lingering gazes. I did nothing other than that, I had an image to keep, and I consciously kept the gazes short while others were around, but my eyes often rested on her as she worked, or browsed the internet, oblivious to me.

She wasn’t the brightest of minds we had, at least not in the field that we were, but she was promising, that is why we had hired her. I was better when I was determined to get something done, but once, I too had started from the same level, that is why I was hired in the first place. My composure on the outside easily belied the battle that my brain was, and my silence and unengaging demeanor kept people at arm’s length until they had some work. Though the ones who’d worked with me for quite some time knew a little better than the ones who just saw me or took deadlines from me. But she? She used to tear apart my defenses like toothpicks. Her incursions into my boundaries annoyed me, addled me.

Oh yes, we became friends, familiarity does that and partly our organizational culture. Someday she’d just come around and sit and not say a word. She’d just keep sitting. I’d try not to show any sign of breaking down, or discomfort, acting just right. But this nagging inside me, to turn around, to see her face in full, not just from the corners of eyes, to tell her that I wanted to hear her out, but not ask her if she wanted something because that might not come out right, I’ve got to be a gentleman too. So I just sat there like a little boy holding all the pressure inside when he desperately needs to pee. Finally when she’d just walk away, without saying a word, I knew she wouldn’t look back, so I’d look at her while she walked away and around the bend.

I often wondered what she was. Something told me that I liked her, and I’d try to search for an explanation. When reasons would fail, I’d search her for some hint. I’d look at her and think, what are the principles of attraction? She isn’t tall, she isn’t that fair, her skin isn’t smooth either, her dressing sense isn’t extravagant, she is intelligent, but not too intelligent that would whet my appetite for bandying in metaphors, wastes her time browsing online shopping sites, checking out things she’ll never buy or doesn’t need. She doesn’t maintain her body, I don’t know if she cares, or thinks about it, but I wish she did. I think she has a right to think about herself and must exercise that right often.

And yet, I am driven to her, she isn’t anything that I think I might want, and yet, she stays. Getting in and out of reason is something that happens automatically. So, involuntarily I start to think about what I like and incidents flood in, and her reactions. I like her style, the nonchalance with which she carries herself, and yet, modest. I had admired how she coolly sat on the marble shelf and wiped her jeans clean from the stains that a falling food plate had splattered, while all her friends were ‘OMGing’ around her. I like the confidence in her voice, she talks fearlessly, unhesitatingly. Her attitude in voice completely belies her appearances and it baffles me that how it could be. I saw her on stage, and I saw how good humor cracked her up. I saw how easily she could smile. All the while I saw her from a distance, I felt the distance closing in. But when she was within reach, somehow, I wanted space, I wanted to escape.

When we were together, we mostly played with words and tried to laugh away our best opportunities to see each other clearly. ... Whenever there is the least sign of the nest becoming a jealous rival of the sky [,] my mind, like a migrant bird, tries to take ... flight to a distant shore.

My impulsive decisions have been the best so far. It makes me wonder if someone sitting inside me knows it all, and infuses this knowledge as the first response; if yes, then why do I lack the balls to see it through? Out of 100 chances given, I’ve taken 10, and those 10 have been the best ones I could make. So, one day I started, I started as if I had started to read from a page which had been torn out from some storybook and had blown over to me: abrupt, without a preface, without an end. I didn’t stop till the end, and she just listened, and I think I saw her smile too. I felt nothing, I felt normal. I guess it was her turn to show up a brave face. She didn’t say anything.

The next day, she just came and sat there, like other days. I did turn back this time, with the first hints of a smile. 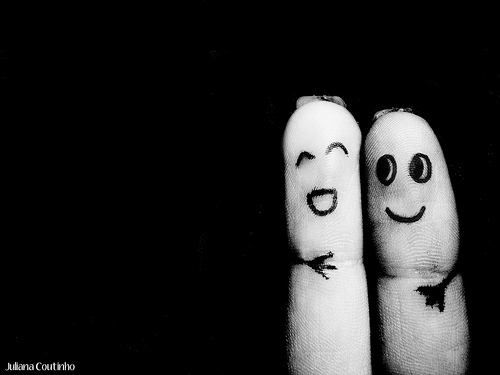 I’m still searching for the reasons, and I still have my doubts. But at least, I can now put a ‘was’ in place of ‘am’ in the first line, for a while. Nothing changed much, but something did.

(The quotients of beauty aren’t just what we measure beauty with. But if you want to crucify a person for not doing something they haven’t yet believed in, I think that is more unfair than giving them time to see it for themselves.)

P.S. Please login using Google or Facebook accounts on the sidebar to avoid the hassles of having to fill up the entire form and captcha challenge if you wish to comment.