Hanuman's flight to the sun.

Hanuman is by far my favorite God. I say this despite the fact that I know that there doesn’t have to be more than one, and there doesn’t have to be a God at all. And what the heck, I like his stories the most out of other, innumerable ones that are sprinkled around, they’re light weight and interesting. However, a recent ‘Whatsapp’ message made me stiffen and for a moment allowed me to see my favourite God in a light stripped of all divinity. I tossed around with this idea for a bit and cooked up a story. Now, remember, it is just a story and this isn’t the first time that I’m hypothesizing about him, and surely isn't the last time I'll be talking about him, but that is one good thing I like about our Gods, they’re custom made. But first, the message.

NASA had said that, it is the exact distance between Earth and Sun (Bhanu), which proves Hanuman ji did jump to planet Sun, thinking it as a sweet fruit (madhu phal).

It is really interesting how accurate and meaningful our ancient scriptures are… Unfortunately barely it is recognized, interpreted accurately or realized by any in today’s time”

Frankly, I was miffed at the sender having called the Sun a ‘planet’, I was like, this guy claims to be a knowledgeable person and tumbles over a fifth graders fact, darned charlatan. But that it was a known, and educated person who had forwarded the message in a group, I realized why emotional pleas work so well, especially in India. “The mob is fickle!” Mix facts and interpretations, and you’ve the perfect recipe for disaster. His last line is actually ironical to what he claimed otherwise. Besides, NASA wouldn’t say that it is exactly the distance they were expecting, because it usually lies around 92,960,000 miles (149,600,000 km), and I think must vary seasonally. Also, I could agree to it because one of my (late) mathematics teachers, and a very good one at that used to say that even ‘Raavan Sanhita’ has algebraic formulas hidden in its sutras. Sure thing, I will believe anything, so much for a story.

This reminded me to this rather interesting story, where Hanuman in his impish innocence mistakes the setting sun to be a luscious fruit and goes to eat it. While it may be acceptable that there are certain mysteries that the old poems and hymns talk of, of technologies we fail to fathom but were mainstream at that point, and that the society was once at its pinnacle of sophistication back then. There are many artifacts from the past that still baffle scientists. Their carbon dating tells us things which our facts don’t quite tally like the Antikythera mechanism. So in this backdrop of mysterious, unexplained artifacts found in many places on earth, let us for once accept that people could fly, with necessary lightweight accoutrement even from a young age, all in the pretext of hearing a story. Or at least the Royal kids did have that privilege.

So, Hanuman lunged forward on his flying machine to get that fruit and eat it, and in this process set forth to eat the sun. The story goes on to tell that Hanuman was later punished by Indra for being so insolent and brash, that he almost knocked the breath out of the little boy. But, what comes to my mind in strictly human realms, given that anybody who walked on earth in human form was bound by human constraints of existence; Hanuman never reached the sun. He did something what Greek stories tell of Icarus, who put on wax wings and flew for the sun.

Now, let us try to re-extrapolate what happened. Hanuman set on his vessel to eat the sun, but as he flew up and up, the air got thinner and thinner. And when air gets thinner, the supply of oxygen in the blood vessels lessen and it makes us susceptible to hallucinations and fatigue. So, as he ascended higher and higher, the oxygen supply got thinner, and since he was only a child, he didn’t know not that in space there is no air and that he’d die for the want of it. But luckily, air does not wane out just like that and thins out little by little. So, after a certain altitude, Hanuman lost his senses, fainted and his fell in his aircraft. Now because he was a child, he was careless not to notice what was happening to him in the excitement to reach the sun and eat it; he couldn’t have known as children know of no fatigue. He fell, but his crafts autopilot kicked in for a safe, vertical descent, since we were at the pinnacle of technological advancement and even though the systems were shutting down, they ensconced Hanuman in a protective gear so that he may survive the descent.

His craft landed into a no-man’s-land, nobody knew what had happened to him. His mother Anjana had no clue, she’d left her child playing in the verandah, and when she had returned, there was no Hanuman. Obviously she was worried. But just as the Malaysian airlines has disappeared without a trace, the nature showed that race at the zenith of its technological glory, how little it actually knew of nature. Where did he go? Where did little Hanuman disappear? Nobody knew. Vayu, who was Hanuman’s ‘dharmapita’ was so upset and angry by this news that he couldn’t perform his job as the overseer of air quality well. People began to suffer in the absence of good air, animals, plants all and sundry in the area were affected because of this.

Fortunately, Hanuman came back to his senses after a while, and having no idea where he was, set his vessel to a homebound trajectory. He woke up from a strange dream where he had ventured out to eat a fruit, but the fruit never got nearer. He tried, he climbed higher and finally he did manage to reach for the fruit and fill up his mouth and stomach. He was so excited to have seen this dream that all he wanted to do was to get back to his mother and father, and tell them what he’d seen. He almost forgot that he was ridiculously hungry.

Seeing him approach, the overseers rejoiced and requested Vayu to attend to his duties as soon as possible and restore order. Vayu dutifully returned to his seat and whirred the gigantic machines to puff out filtered air bringing some respite to the common man.

Meanwhile, Hanuman was showered with concerned kisses, checked for contusions and abrasions and overstuffed with food which he’d been missing for quite some time. His parents were stupefied at what he’d tried to do and made him promise them to never venture out alone without their permission. His father also told him the story about the sun, and how one couldn’t get there in the kind of aircraft Hanuman had. Hanuman was mesmerized by what he had just learned and asked if he could go to outer space? His father had replied lovingly, “someday, you will!” and kissed his forehead.

P.S.: Once, I used to read a humour blogger who used to be popular for his notorious red-underwear. Later, when I added him on Facebook social network and he responded in kind, I also learned that he was quite a religious guy, who had chosen Christianity as his way to find God. He used to post questions on his wall from the accepted scripture of Christianity and people would answer. I, for a while tried to find the answers by Googling about the excerpt and try to find out the answer, but that is one big book with questions somewhere and answers somewhere else, and sometimes, answers are subject to interpretation. Understanding that he was a humour blogger, that he had quite a liberal view of the world, I sometimes used to answer those questions in circumlocutions, since I couldn’t find the answers and yet I thought that he had a good sense of humour. Like this example where he asked who other than person 1, and person 2 were allowed to pass through a certain gate? Now, spare me the axe for not remembering details of what and who, but I had answered, ‘another person’. He personally messaged me (for the first time was I being DMed by a popular blogger) and told me to shut up if I didn’t know the answer, in very kind words, something like ‘What’s your problem dear, you don’t know anything about my religion, why don’t you stick to your own’. Later, a comment on the same thread marginalized, not my comment, by saying that such answers are to be expected from people like me who worship not one but many Gods and that too in idols. I felt bad, first, for myself, at being chastised like that, and then, for them. I never saw them again, and I think I also decided to never save the world.

There is always room at the top. 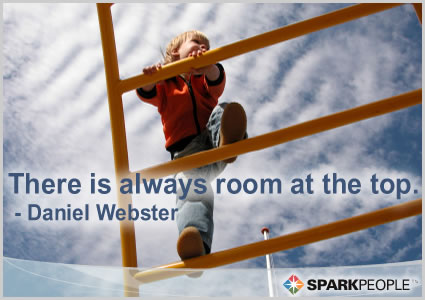