Fool me once, twice.

Beggars are highly territorial. They're always to be found in a particular place and always in a particular state of being - the state of being miserable. The younger louts are somehow being emboldened each passing day. They sit smack in the middle of the stair and occasionally troll an unsuspecting wayfarer. They'll catch the passer-bys by their trousers or even cling to their legs unless something gives. I fancied myself being caught hold of that way until it actually happened. Terrible idea! You can't kick - you're not a man of such depravity (in public life, of course! Nobody really gets hurt with thought experiments)- you can't just eject yourself out of their stranglehold (they could replace your seat belts) and they don't listen to a sheepish "No, let go!". The longer you tussle with them, the more you become the laughing stock for the on-lookers. Hey, it's your lucky day!

As I pass one such lot near the metro station - dreading the worst, of course - I wonder why do I never yield to their pleas and offer them alms? I'd spend 5 rupees on buying those sweet-n-sour toffees without thinking twice about how much I've worked to earn it, and yet when it comes to this 'philanthropic' act of giving alms (philanthropic with that double air quote for increased emphasis), I suddenly remember that it is my hard earned money and that I must spend it prudently.

I often argue with myself around this dilemma. Why should I give them money for nothing? There is only a feeble argument that doing good knows no other reason. My wager is that my giving them money will only bolster their belief that begging is fine and it will get them by, somehow or the other. Perhaps I have read too many chapters revolving around this idea in school and I am attuned to valuing doing some useful work to earn/deserve money than simply begging as a full-time activity. So, when I passed by this old hag selling ear buds in her destitute and indigent condition, the retort knocked at my reason with pointed toothpicks - "what about now! Why did you not reward her for trying?" 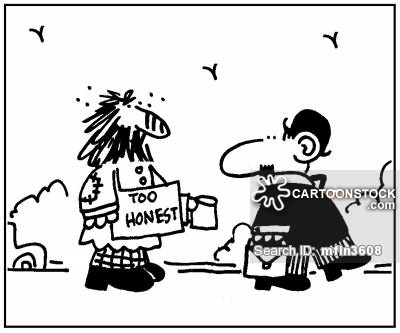 The stingy miser in me offered, "I don't need it - simple economy of need". But who needs ear buds anyway? (Who doesn't!) "You hypocrite!", said the idealist in me as it slowly climbed the higher moral grounds. Once there, it offered a slew of 'what ifs' and other sermons. "At least she's trying to do something. You should have helped reinforce her belief that she can make a living by selling stuff." Seeing me soften a bit, it doubled down "Look, I understand we don't need ear buds bought from a peddler as they might not be sterilized and hygienic, but the cost would be trifle!". The Philanthropist in me got a little too excited, "maybe we could reward her by buying an entire pack. Imagine how happy she will be." The miser, and possibly the realist warned, "Don't! With nothing to sell, she might get back to begging for the day. Just buy one and be done with it." "But what if the price demanded is too high? If they're selling, let them also learn the ways of bargaining too?" I demanded. Those numerous Whatsapp forwards and Facebook posts exhorting that one mustn't haggle with poor street vendors flashed before my eyes. I was feeling a bit demeaned at my own expense and had only one way of vindicating myself!

Next time around, I stopped, stooped and bought one. "How much for one pack?", I asked. "20 Rupees", she offered. I gave her two 10 Rupee notes and went my way, satisfied that I had helped. I patted my back, put the swabs in my bag, put the bag on my back and forgot about the purchase for the day.

Later that night, I came across the packet again while rummaging through my bag (looking for a pencil stub) and just took it out to put it somewhere. I happened to notice the printed MRP to be Rupees 10. Darn it! I called out to all those voices that had fueled my compassion to show a little empathy towards me. Even crickets did not oblige to chirp. Feeling a little irked and hurt by this incident, I am now back to my quandary of what to do with these people. Fool me once, shame on you; fool me twice, shame on me. But, where do I draw the line?