Look Ma, a screw fell from my head!

I come from a small village. It is hard to have a certain benchmark for a place to be called a village; though it is much easier to bracket places into towns, cities, and megacities. What do you call a place with a single house in a kilometer radius? Two is company three is crowd. I think I’d read somewhere that at least 5 families are required for a place to qualify as a village. In that case, I come from the wilderness. My grandfather’s home (from Papa’s side) is a desolate house in the foot of a hillock with only cattle and birds for company; the nearest shop might be anything around 3 or 4 kilometers from there. My grandfather’s home (from Ma’s side) is much more modest with 4 houses, which were either one or two families a certain generations before; it is at least 45 minutes trek to the nearest shop in case someone wants a toffee. Our home where it stands today, was the only house to exist in that part of the village for many years, the rest of the village, which had more than 10 families was on the sunset face of the other hillock. Then, an outsider (to the village) made a small two room set and leased it out. Throughout my schooling, this equation stayed constant and I might say, we’ve lived alone for a good one decade. 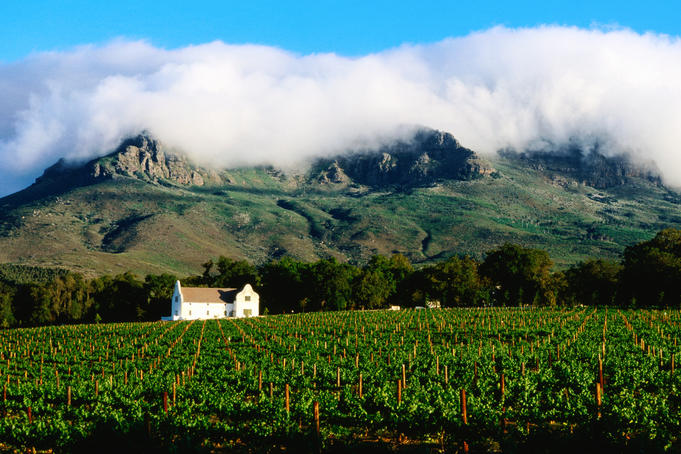 My mother found it tough to make a transition from a four house village with joint families to a single house village with only two children for company. Papa being out on transfers, as was the nature of his field job, and we being small in age and freshly admitted into schools, tramping with Papa was the last thought on either of my parents’ minds. But we got along well and I don’t remember myself feeling alone or deprived at any point of time in those years (I have a poor memory though).

In that course of growing up in the wilderness, we, I and my brother were fed with many habits and reactions. For example, ‘eat without making a sound, buffalos make sounds, humans don’t’, ‘don’t produce that clanging sound with your spoon and plate’. These were my mother’s ideas of good etiquettes, though she’d read no book on etiquette, she had her ‘sanskaar’. When we’d make the chomping sound, our mother would imitate us, and even exaggerate that chomping noise by eating with her mouth open, and when we did notice, she’d ask, ‘did it sound pleasant?’ Imagine a place where you can hear yourself breathing, where you can hear silence, the birds, the crickets, the chirruping of fledglings; imagine yourself in the middle of it and the pleasantness of it all (the pleasantness is added in retrospect, by the way). Other than eating habits, we were allowed to run amok.

We improved, me and my brother; Alas! Papa was a different game altogether, though Ma did manage to take the slurp out of his sip (which much to her dismay, my brother picked up after having lived away from such restrictions when birds grew feathers and learnt how to fly), she couldn’t stop Papa’s occasional ‘chap-chap’ chomping sound when he takes a rather big nibble. I have a slightly different story, gladly, sadly and unsuspectingly.

I remember my cousin sisters (from Papa’s side) watch me eat while I was young and I’d take a bite too big to fit in my small mouth. I’d stuff it in, and then chew it, with my mouth shut as if the lips had been glued and the sisters would laugh at the kind of faces I made while doing that. I didn’t know any other way, I was not going to open my mouth unless it was to take in the next bite. 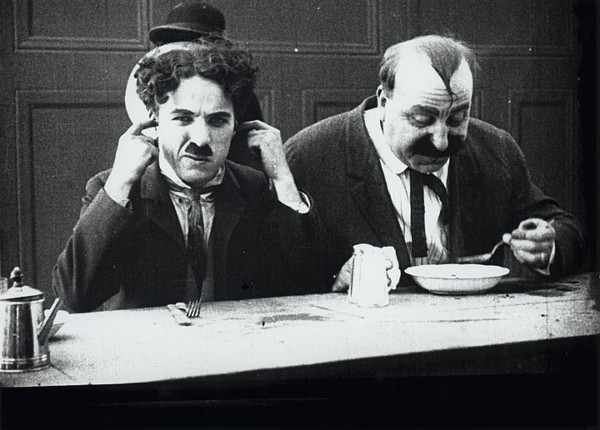 Eventually, I moved out of the village and am now in a civilized world of a metro city. I work for a living and this life has had its parts and parcels for me. The situation with me has worsened than it was in teenage. I’ve said it before here (a long time ago in 2010), that there are certain sounds that I get irritated with. Turns out, it is not mere irritation. It is adrenaline rush, it is a compulsive desire to shout at the person responsible, or to hit them so hard that they are rendered incapable of doing it any further, ever, and I am just being modest with what goes on in my mind (The look on the girl’s face in the video at the end of this post might quite put it in the right perspective). It is when I could be the most vulnerable to breakdown or at my dangerous best of committing a crime. Lately, I’ve added a lot of other sounds into that blacklist, blaring horns being one.

The person sitting next to my first cubicle was betrothed and had been making reservations for marriage, honeymoon and some real estate over the phone from office while he was not chatting with his colleagues. It pissed me off, but I thought I could get used to it because apparently no one, even his friends did not seem to complain. I failed, but gladly, my seat changed before I lost it. Though fate was bent on playing this cruel joke and now, I sit around a person with some kind of chronic throat problem, and he is incessantly clearing his throat of something (dust? Maybe, but just imagine that you are working with a person intermittently clearing phlegm out of his throat in the loudest manner, say every 10 minutes?). It is scary, I’ve bought headphones for office and I use them every day. No one else seems to complain, so the problem apparently is with me. I do have an alternative theory on the assumed air of indifference on other people’s part, but I’ll reserve that for some other time, okay?

This kind of behavior isn’t something that I’ve reserved for the outside world. I’ve tried the scare tactic of eating, making sounds, and even when it is coming from my mouth, it is irritating. I don’t like myself coughing, it is irritating not just in the tract, but in my head too. There are many quirks in my own head. My own breathing seems to hamper my concentration when everything else is quiet. Now how do you take care of that? I often try to hold it for as long as possible, but the problem is, the holding process itself requires attention, and I cannot concentrate on two things at a time, that is why evolution chose the breathing process to be an involuntary function. The only respite comes from engaging with what I am reading, like arguing with the book, with the author, but it is difficult to get started you know, we live in a speeding world for one and second that my imagination on possibilities and theories is fecund when I am at it, third, such distractions (clearing of phlegm) can pull me out of any trance like concentration state.

I thought it was normal for a guy who has lived in quiet surroundings for a better part of his childhood to feel irritated and that familiarity with these sounds, and people will alleviate this temporary irritation; that it is all inside my head and that if I could somehow instruct my brain that these are not annoying, I could program my brain to actually like them, and if not like them, then at best, not mind them. But this doesn’t help and the surge is ever present. Incidentally, my attention span has shortened a lot in most of the cases. I am distracted a little too easily and the problem has escalated from being auditory to being auditory and visual. A fidgety leg of the person sitting next to me, a bright screen in front of me when I am reading, or the tube light at a distance, everything distracts me, and irritates my eye. When I am trying to study, the sounds distract me, and I feel angry about it.

I turned to distracting myself with controllable things when such things happen, like put on the headphones to drown the world, putting a cap on my head to restrict my field of vision. What do I listen to? Sound of a waterfall, or the ‘snow’ sound of an out of tune radio, or anything that doesn’t make sense and is ever present, continuous (It’s called white noise). I’ll need one of these: 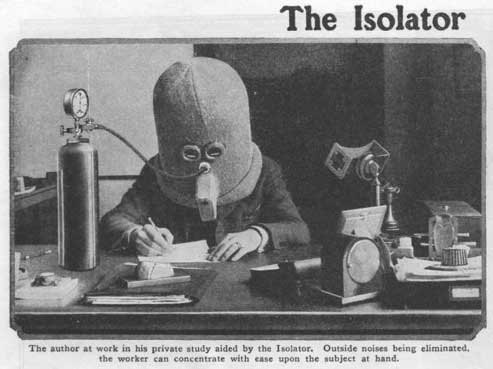 But I cannot do that every time. My ears get tired, my head needs air. So, I tried to figure out what is wrong with my head. We all know where to look first, beloved Google. Got the right keywords which led me to ‘Misophonia’. It perfectly explains everything. I have a different kind of wiring in my head (I wouldn’t call it a defect, though medical practitioners call it an abnormality, because it does not impair me, plus who knows THIS was how it was actually supposed to be and I have accidentally got it right. Many wrongs don’t make a right). But I see that there is no way to get accustomed, and now it is being given attention in the medical world rather than shrugging it off as a personality trait. I read a few articles on the net, and some people have been beautiful in expressing it. For example,

‘Who’s tapping their feet on the floor?’

‘Why can’t people eat without making that annoying chomping sound?’

‘I’ll punch that person so hard. I’ll kill him.’

Too intense for you? Well, this is what a person suffering from Misophonia is thinking nearly all the time.

Now that I have a name and medical backing to this condition, I’ve tried to explain it to a few people who I think should probably keep it in mind. But, so far, it hasn’t worked. Perhaps, once I’ll let myself loose on them. Oh, I forgot to tell that the message in the image below actually helps a lot, in many situations, misophonia included. 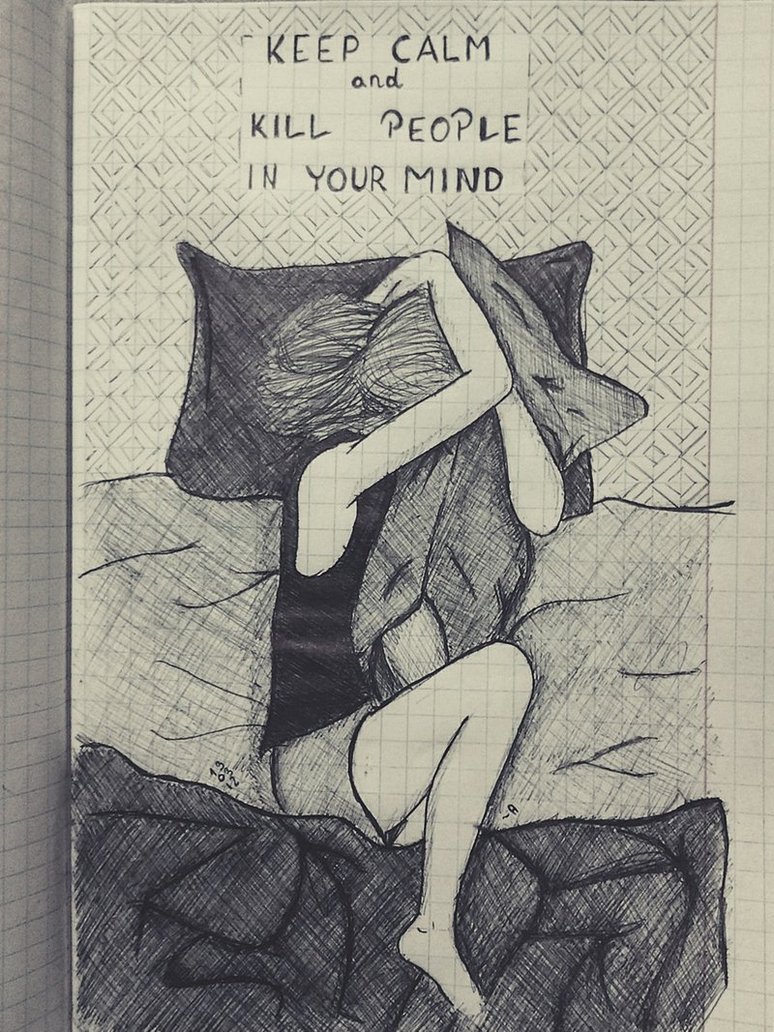 In case anyone else who has Misophonia is reading this, do you want to count your blessings? The occurrence of many psychological disorders in a person suffering from Misophonia is decreased (except OCD). I couldn’t tell you how blessed I feel right now because of a certain other reason, but perhaps that too, some other day.

[3] The Chewing Sound and the Fury: What if small, everyday noises ruined your life?

[5] Why, Yes, I Probably Do Have Misophonia, Now Stop Chewing Like That!