That child, lost and found, yearly.

It is the time of the year when girls (at least here in India) would flock to the markets for a different reason other than shopping therapy, and would hover around peddlers selling colored threads. Some shiny and bright, some sober and light, these beautiful nothings are out there for a limited time. Nothing, but a beautiful reminiscence of what treasures we have, sisters. 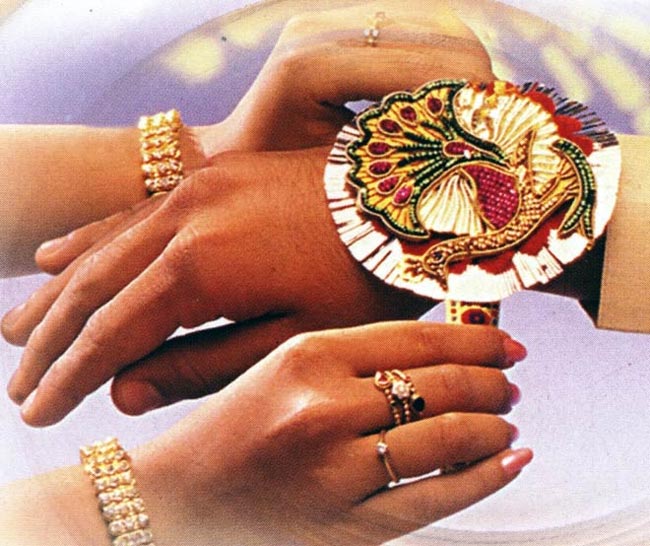 Rakhi is around the corner, and I am sitting here in my office cubicle waiting for the postman to arrive. I still remember the time when I and my elder brother would visit our Grannys’ places on this day and cousins would tie rakhis on our arms among other siblings. Arms, because wrists were not enough to accommodate the affection, plus it was a matter of competition among siblings, as to who would get the highest count of Rakhis.

I don’t know if my sisters were biased, but one of us would get that rakhi which everyone wanted. There was always this, one special rakhi. Separated by a difference of mere one year, I am my brother were too naïve to figure out if there was a pattern to all this, what and why they chose the recipient the way they chose. Other cousins were naïve too, but the competition was merely in prayers to sweet Lord, and pleadings to sweet sisters while they loitered around tying love on our arms as we stood there on foot-stools. I felt tall when I stood on those little stools. It felt like ‘rajabhishek’ (anointment), we, the rulers of the world.

Rakhis which looked more like plain but colorful braids were usually tied on the wrists of elder siblings, the ones who seldom played hide and seek with us, and who did not allow us to bat or bowl while playing cricket, but would send us into thickets and thorny shrubs to fetch the ball while they held the branches to make way.

The younger ones always got the best of the lot, the ones with Mickey Mouse pasted on them, or some other stuffed clown or any cartoon character. It filled us with glee, that little ‘thing’ on our arm bands. We’d run around showing it off to all and sundry and the sister who tied that rakhi would become our new favorite sister. The only problem with all this carefree running around was that Mickey Mouse would not stick to the arm band and at certain point of time, when he decided he could take it no more or perhaps out of dizziness from all this commotion, would fall off somewhere. That left many crying faces, especially if it was the biggest Mickey in the arsenal. Jealous as we were of the victor (when were not the recipient of the coveted prize, life is equally fair to all of us), it was our moment to rejoice and laugh at their misfortune. Parents would not console us, they’d rather rebuke us for causing all the ruckus with running around and being careless. Nothing could make us feel better for a while, and then we’d forget about it altogether. 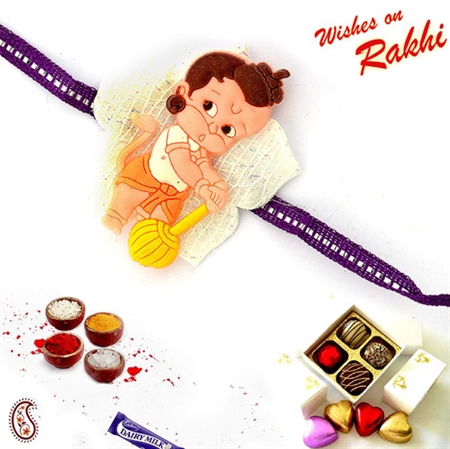 And here I sit today, all by myself in my office cubicle, all grown up and living on my own. There will be no standing on those tiny stools in line with my brothers, and no sister would be stuffing ‘chamcham’ and ‘gulab jamuns’ into our already full mouths. There will definitely be no running around. And yet, here I am waiting and counting the number of Rakhis I’ll receive this year. I won’t compare my count with anyone else. But I still wait for my Mickey Mouse. I still wait to crown a favorite sister every. Single. Rakhi. I know it is silly that I should try to quantify their care and love in terms of how many times I am made aware by them that I am in their thoughts, but everyone has a right to be silly. Grown up much?