Thinking is a walking hazard

The water arrangement at our rented flat follows a two step process. Water is first drawn into an underground tank from its source. It is then pumped up to the overhead tank. Given how careless carefree guys usually are, we have an overhead tank overflow alarm system installed in our flat. It has a female voice that broadcasts "paani ki tanky bhar gayi hai, kripya motor band kijiye... the water tank is full, please switch off the motor!". Very useful announcement, no? Earlier, I used to let her complete her sentence - chivalry, you see - but now I dearly wish she would stop telling me what to do! We often used to forget to turn her on when we switched on the motor and that left a really wet mess to deal with pretty frequently, not to mention angry neighbours. Consequently, we have been at the receiving end of countless rebukes and long lectures on water conservation. The good thing about having roommates is that there is always someone else who is to blame for the mess. Anyhow, we overcame that problem by protecting the switch by a protocol and lots of red-tape. 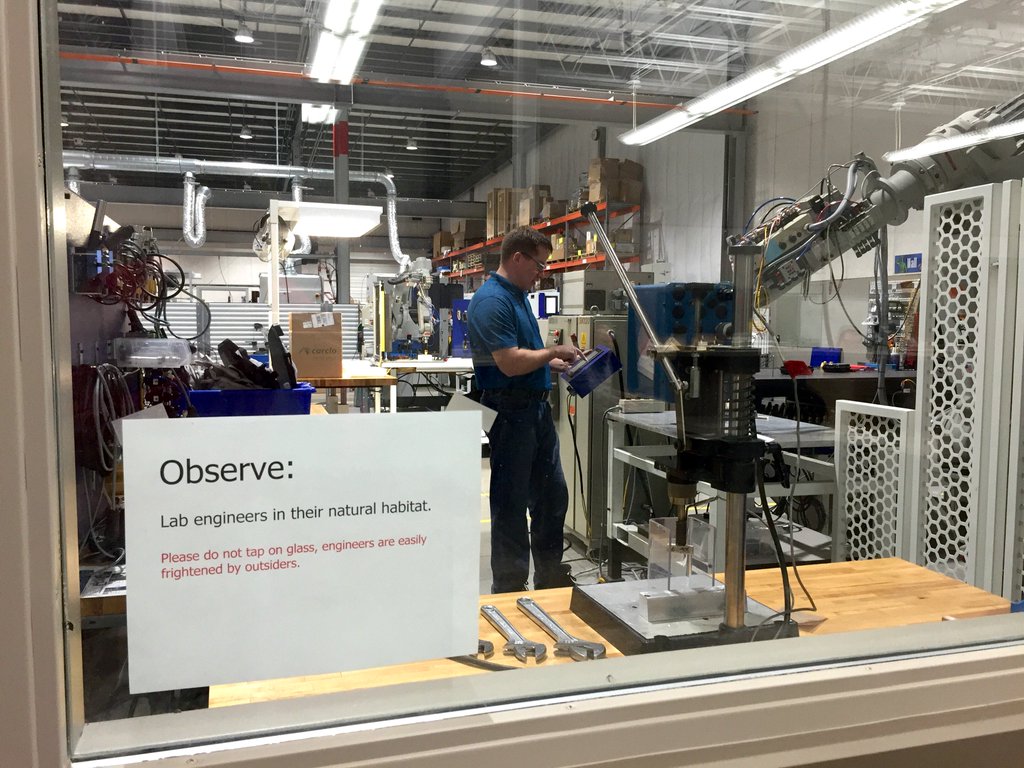 Anyhow, the past few days have seen the pattern of me visiting the rooftop in the morning after bathing, checking the water level, discovering that it is low and that I should switch on the motor, descending the stairs and completely forgetting about the almost empty water tank by the time I've descended the flight of 54 stairs that has 11 right turns.

It was about yesterday when I did not forget. That's... surprising! I switched on the motor and went to my room. Usually, I don't close the door behind me so that I can hear that shrew. This time, I forgot about her. I got engrossed with some cognitive work and while I was lost at it, someone must have heard her wails and shut her up (following the protocol, of course).

Later, I had walked a few steps away from the building when I suddenly remembered, "the water in the overhead tank was almost empty!" It was probably because I saw some water body along the way. I called up my roomie and asked him to fill the tank as it might not suffice for two. I had a problem that I was trying to solve in my head - normalizing the symbol energy for a fair comparison between various modulation schemes. But somehow, I was getting visuals of turning on the alarm and verifying that the red-led was glowing. I was addled - my timelines were getting smudged. "When did I last fill up the water tank? Was it yesterday in the evening? If yes, then where did all the water go? No, it couldn't have been yesterday evening! Morning? Can't be. I had released the trapped air of the motor a day before in the evening. So that was the last time I had filled the tank." But was it the visual from the day before yesterday that I was hallucinating about? Anyhow, the distance between constellation points in rectangular QPSK must be [1/sqrt(2)] for the average symbol energy to be 1. And I must not have turned the motor on.

Later in the evening, my room mate complained that I had filled the water tank and still asked him to fill it up unnecessarily. It was then that I was enlightened. The visuals were not mere memories of yesterdays! The caviling woman in the alarm had incessantly complained about the water tank being full. He had thought she had finally lost her marbles! It was not until the other roommate, the good samaritan who had dutifully turned the alarm off when I had switched it on, was roused from his slumber from her snoozed wails that they realized that the tank was full.

Of the few reasons why I don't wish to buy a ride and drive every day, one is this: given my proclivity towards losing myself to thinking, it would not be safe (if I am driving alone). Plus, the antiquity of being chauffeured around while you sit by the window seat and gaze into nothingness is too romantic to not being practiced as a way of life. I think people walking on sidewalks with headphones on are stupid - they can't hear the biker or the car that whizzes past them after closely missing them. Some can't hear the horns. But, I can't really blame them. I can do that without needing any headphones or blindfold! I can sometimes miss a bus coming head on and see it only when it is too close (I never fail to see potholes though, they derail my trains of thought). It is only after the car passes me by from behind and the automatic reflexes give me goosebumps and a slight sense of vertigo do I realize that I was lost in thought. It is scary. Perhaps that is why it is also exciting! I cannot yet control when my mind chooses to flip into thinking mode. It usually is a no-show when I want to deliberately do that. 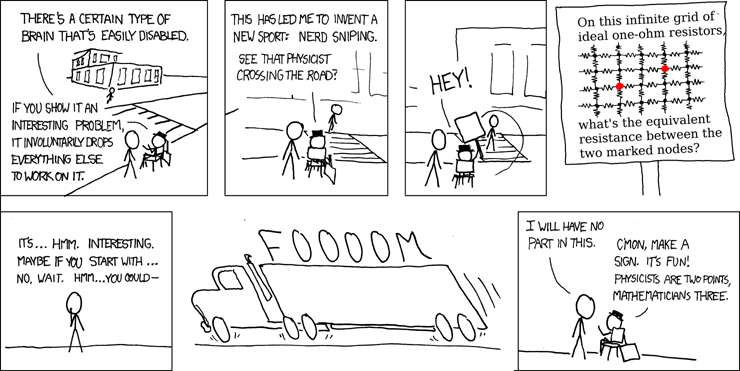 Though I can barely scratch the surface, I think I understand fairly well why deep thinkers must be confined with fences and not be entrusted with any critical tasks. The world might turn upside down and they'd barely notice it. Dangerous pass-time indeed. And there are others who thrive on it [read: Nerd Sniping].

Come to think of it, thinking is a walking hazard. But, I'm better off with them (thoughts) than without. Ideas never came to the dead anyway!