To the incorrigible girl who loves sunflowers and butterflies.

“For angels tread on heavenly grounds, I dare not set my foot on the clouds.

There is this nonchalance that she and the world shared. None ever did tread upon each other’s roads, but walked past by, always. “

But they did, at least once. That is how I got to know you. I happened to read you and something in me made me seek you out. I did and was rewarded richly.

“Strange are her ways, for she wants to be looked for but not found.

The fact that she had the ability to disappear gave her the sky that she was so overwhelmed by but just at that point, her feet searched for the ground, the home she never found. Very few people knew her as someone who was damningly vulnerable; they made good use of that.”

I sat by the sea side looking at the vastness of it and how the waves ebb and flow, for the very first time. It shushed me, made me watch with aimless intent. Strangely enough, you never liked someone telling you to shush, even after having lived by the sea for a long time. Your idea of someone stopping your talk trail was … different; there is an emotion linked to that, something that used to make my head squirm, or maybe ‘blush’ would be the right word. Yes. No you don’t blabber, but sometimes everyone needs to quell a losing argument with something subtle; for you ‘shush’ is not it, not strong as you are; and something which is that potent… is not a word.

“oh did I mention that she was an observer, yes that thrilled her, sitting for hours pointing out tiny details, noting how the hands move, how he looks…the smiles and the words…she was a sucker for words, the beauty of a single word, those monosyllabic poems or volumes spoken about a single thought.
Yeah she loved words, she fell for them always.”

Words make languages, even those words that are not uttered; sometimes reading through the lines, and sometimes between them. Words are all I have, though scanty at best. And there I was waiting by the sea side trying to picture myself saying something nice to you, something genuine if not original. Words eluded me, my mind was racing and yet obstinately calm at the same time as if telling me to leave it all to chance rather than plan. I fought the impulses but it refused to budge. Maybe it was the sea, maybe it was just me.

“We’re not strangers” it told me, and strangely we are, or were, though my mind was convinced. I had tried to imagine what I would say, or how I would go by this meeting but my mind had shut me out like an outcast. “Flowers? I should get a bouquet of fresh flowers? No, you don’t even know what flowers will suit the occasion. Roses? Do you even know what the color of each rose means?” my brain wrecked my feeble attempts of courtesy. Perhaps I must start paying more attention to the conversations that happen around the Valentine week, young people discuss about the color codes of flowers for each day and its significance. “What about my appearance?” I talked with myself, suddenly conscious of my appearance for a moment. “Relax, she knows you are a slacker”, my mind quipped, “besides, You’ve never cared much about how you look when you dress up, then why worry how people see you? Why now when she knows your antics? Why do it to her? for her?” I still don’t have a proper answer to that. I guess it is etiquette or maybe something else.

“Where are you? I can’t see you”, you asked on the phone. Having no bearing of where I was, I tried to describe what I saw, “I am here by the sea.” I reacted impulsively and realized too late that it was the sea all along from where I was till my eyes could follow, “On the sea facing side of the pavement, near a yellow L&T hoarding”, I added after certain pause. I suck at directions. Sometimes I have to cross check if the direction I am calling left is in the same side where my writing hand lies. Even worse, sometimes I have to mock holding a pen and write to see if I really write with that hand. “I see you, will be there in a moment”, you had cut the call.

Anticipation, moment of truth. I saw you! A beautiful lady of average height approaching with a brilliant smile radiating from your face. I don’t know if I smiled well enough, or if my stubble hid it, I think I should have shaved. “It is so good to finally see you in person”, you said as you extended your hand. I don’t know what was going on in my head, or if anything was there at all, I managed to mumble “I don’t know if this is right, but…” and I hugged you, and you hugged me back. Normally I am not a very touchy kind of person and would feel very uncomfortable on any other day (I am an oriental man, but let’s keep that out of it for the moment), and maybe a moment later I would have felt uncomfortable again, but at that moment, it did not feel odd at all. I surprised myself. Maybe ‘not planning’ was working after all.

We walked and talked a little and my brain started to get back its reflexes. “You’re taller than I had imagined”, you said and I was befuddled about how to take the compliment. I cannot walk along for a long distance, I either keep falling behind or race ahead one or two steps. I don’t know why but it seems like I fall out of tune and have to retune myself every time I find myself lagging. When a group of people came our way, I saw that I went from one direction and you from the other. It felt wrong, felt like parting, but science tells me that the choice of direction is genetic and related to dexterity. I find little solace there.

Too bad we did not find your favorite ‘bhutta’ (sweet American corn), I remember I argued that there was nothing American about it, it was just not ripe and hence sweet. What I did not tell you is, I didn’t have had a ‘bhutta’ of your city before and just had this notion that all taste just the same; and that I did have it the next day, and it was a taste I’ve not had since the time we grew corn on our farm fringes. I felt so sorry, we should have searched for some ‘bhutta waalas’ instead of searching for my cup of coffee, it was that amazing.

While we had coffee, I had a chance to really see you. Actually that was the best part. You know that I don’t talk much, and I dread that question ‘What else?’ You asked me that question, didn’t you? I don’t remember answering something of importance. But I remember you on the other side of the table telling me how life has been treating you and how your ‘to be hubby’ is the best ‘husband material’ anyone could get. I felt happy for you, really. I found myself foolishly looking at your face and thought “what the heck, I won’t be seeing her in a long time, let me get a memory.” You are beautiful, more beautiful than your photographs. I think so because photos cannot capture anything more than a moment. You are more beautiful in a span. Oh how your lips curved easily at the edges and your eyes narrowed and shone as you told me about your escapade at the Hard Rock Café, and about your caring fiancé. I was in a place where I did not have to think before I spoke, and where if I did not talk, the friend would know it is not because of reluctance or shyness, but because it is the way I am and did not mind.

Getting wet in the rain was good. It looked like it was tailor made for that moment when you said that the visit to the city isn’t complete until one gets under the rains. 5 minutes rain and then it was all gone. Pardon me if I didn’t hold the umbrella right and that you were bedraggled. I don’t have much etiquettes in escorting ladies, I treat everyone the same. Even my mother has to taunt me to get me carrying the packets she’s carrying. So yes, I’m stupid. I was worried about two things getting wet, first you, second my phone (I’m sorry, yes) and to my bad luck, my phone was not in the pocket of your side. Maybe you should have kept the umbrella, it didn’t do much good to any of us; it covered no one.

You know when my boss had asked me about this training and shown me the schedule, I was almost going to blurt out a ‘No’. And then it hit me, that I could possibly meet you for the first time. I did not say no. I told you that no-one except you and my parents knew I was there, but I did not tell you why. I did not want anyone else to invite me. I was about to say that I came because of you, but then I checked myself. It was wrong, I was wrong and I am happy I did not utter this blasphemy. I did not come for you, I came for myself. ‘I’ wanted to meet you and you granted me my wish. Remember when I said while parting that my visit was truly successful? I knew that training wasn’t much value, it was a formality. You gave me what I wanted.

Luckily, talking about good and bad times with you is always comforting, and I do hope you will forgive me for having known your vulnerability for words and having exploited it. I thought I’d be the one to stay, even though I have told you how easily I bore, but the truth is, we’re all moving, so let our paths be spirals rather than parallels or divergent.

“She spoke her heart out always, not knowing when to stop, where to draw the line.
Paradox was her second name.”

And how I loved it, love it. I’ve never known where the limits are, so I tend to draw lines pretty fast. I allow a little encroachment, rather than trespassing by stretching beyond the line that I cannot see. I recoil back easily, I shut out people when they linger too close, and yet, it was one of those days when I did not draw a line, nor did I feel insecure due to it. Maybe sometimes we must leave things to chance.

“Her worst fear and her greatest desire stemmed from one single line of thought, what if she disappeared? There was not much fear for the oblivion as there was curiosity. The fear, THE nightmare was the fact rather that she will never be looked for.

There are many worlds to which you belong. Don’t let the weight of one un-connected world make you feel that you will not be looked for. 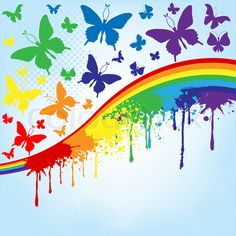