What's education got to do with it.

A few weeks back, I took the train to return to my karmabhoomi from my janmbhoomi. A part of the journey is merely 90 kilometers but the narrow-gauge train takes almost 7 hours to complete it. On most occasions, I take a bus which completes the trip in 3 hours approximately. But, with the mountains being freshly cut to widen highways and the rainy season looming, I did not want to test my luck with road-transport as landslides abound.

The train is more like a tourist vehicle on that circuit. Mostly, tourists travel take this leisurely ride. The compartment I was allocated a seat (chair car) was full. Few newly wed, or almost-new couples from different parts of India, a gang of boys from the south and a bevy of Englishmen, somewhere in their late forties and fifties.

A young couple was sitting diagonally opposite to my seat. The absence of the bright red bangles or henna and a growing paunch on both of them indicated almost a year or two into marriage. The woman had the window seat and occasionally took photographs with her cellphone (which had a cracked screen). She snacked intermittently, and they mostly talked - not too loudly, but not too softly either. When her packet of snacks emptied, she just threw it out of the window.

Soon, the Englishman sitting on the seat behind theirs patted on the guy's shoulder and asked him to be careful about not throwing litter away like that. There was a dustbin in the cabin, merely 5 steps away from the seat. The woman asked what the tourist had said, and on knowing what he had, she was livid. She half turned angrily to see "Kisne bola, hai kaun ye?" (Who said such a thing). "Usko bolo apne desh mein kare ye sab!" (Tell him to keep his advice to his own country). Then, when her husband tried to placate her, she said defiantly "sab log karte hain" and then got angry at her husband for not supporting her when he tried to reason with her. She didn't talk to him for a good half hour post that.

I felt a bit angry too. I wanted to go to her and tell her "apne state mein ja kar karna ye sab, mere Himachal ko ganda mat karo" (Go and litter in your state if you want to, don't spoil my Himachal). More so, because I had not seen anyone else throwing around stuff off the train like that (so far). Of course, I didn't go and say it. It would be foolish to say such things (and a good way to get beat up too). The only good part was that they didn't throw away more litter off the train in protest. Instead, the husband took it upon himself to throw it in the dustbin. But it made me wonder what little good has education done for our ilk. She looked fairly educated, but looks can deceive. This also reminded me of what had happened on my own turf, back at home. 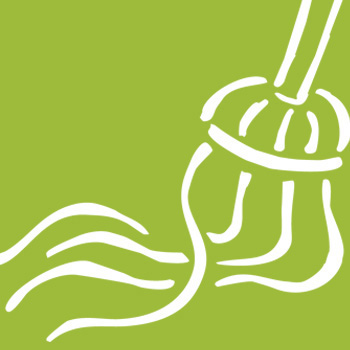 It was a rainy day and our neighbors had booked a taxi to see off their guest. We don't expect unknown cars to drive through our driveway and park in front of our house, so I went to the balcony to see if some guest had arrived. The weather seemed nice, so I stayed out a bit longer. The driver first looked around and went to pee in a secluded corner of a house under construction (adjacent to ours). He didn't see me, I had a bird's eye view. Then, he came back and rummaged through his dashboard and went through some pink colored pamphlet. No, he did not wash his hands. Then, he crumpled it up and opened the side window partially. It was then when he saw me and rolled the window back up. Now that he knew I was watching, I lingered around for a bit longer in case he tried to do that again. I kept thinking that should he drop it under my watch, I'd like to go down on him and ask if he had had any education. When I came back in, I thought that it was possible for him to be a smartass about it. When he left, I saw that pink crumpled paper dropped out of the other side's window.

Some things don't change, despite knowing that it is wrong, we do it anyway. Anytime such things happen, I am reminded of a chapter I had read back in school. It talked about the 'shaktibodh' and 'saundaryabodh' of the country. The first is displayed in the attitude of people towards the country they live in, how much faith they have in it. The latter is the sense of beauty and cleanliness. Once in the metro, one guy dropped his biscuit wrapper under his seat and I happened to see him do it. So, after a while, I asked him to pick it up and give it to me - that I'll throw it in the dustbin. He defended that he had accidentally dropped it. I agreed that he accidentally did it (when he didn't) and still offered him to throw it in the dustbin as I would be alighting soon - but he was adamant that he'll take care of it. He then picked it up. I don't know if he dropped it back there and laughed it off, or put it in the dustbin.

I don't think academic education has much to do with how we lead our lives.