What's the weather with you?

In my scanty set of ice-breaking questions with people on a phone lies a pit-stop kind of question - "How's the weather at your end?" Apparently, this request for an informal Weather Report is a filler question, not much significant in itself, but a placeholder to avoid acknowledging the awkwardness of the fact that I have little idea of what you've been up to. What would I gain from knowing about the weather conditions on the other end of the phone? One, it is far better than the 'aur sunao' (what's up!). Other than that, it is a tiny sliver that sometimes leads to other, off-beat impersonal talks. I don't expect it to hold any significance on the other end. But what's in it for me? Something. Anyhow, I don't even know where did I catch this substitute of a conversation from!

Recently, I chanced upon a very interesting history of this idea of a weather report which started to form as late as 1848. With the introduction of the telegraph, "People's sense of the weather began to change - weather, that is, as a generalization, an abstraction. Simple weather reports began crossing the wires on behalf of corn speculators: Derby, very dull; York, fine; Leeds, fine; Nottingham, no rain but dull and cold. The very idea of a 'weather report' was new. It required some approximation of instant knowledge of a distant place. The telegraph enabled people to think of weather as a widespread and interconnected affair, rather than an assortment of local surprises..." It goes without saying that what people thought back then wasn't too detached from reality. What happens in Vegas no longer stays in Vegas as far as weather is concerned. 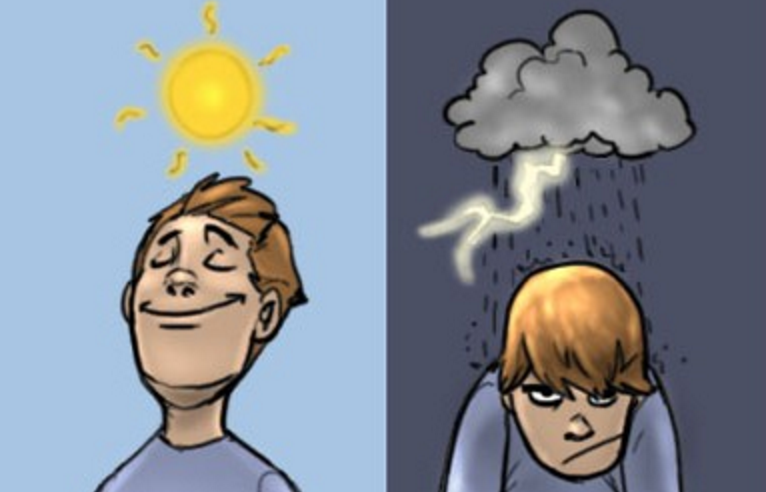 So what does your weather report hold for me? It brings so many ideas flooding into my head. And flooding reminds me of water, and ocean currents, and how they connect everything up and create weather. With those small frizzing currents in my head, I can somehow conjure up your mood (erroneously though) from the weather (and the manner of the weather report). Though it is a filler question, the "mausam ka haal" isn't too far off from "tumhara haal" in my head.

Of course, it is all wishy-washy! But, for lack of anything better, it connects you to me - how? I know not... but somehow!