When you take politics to the toilet

If you haven’t been living off the grid lately (In India) with no means of communication at all, then by the chances of getting a 6 on the rolling of a fair dice, you know something about the current political scene in India. Though I’ve tried to keep many worlds and oceans in between myself and this ‘Democratic’ Politics of India, I’ve often lent my ear unwillingly to pigeonholed opinions. In fact, I don’t read the newspaper, or Google News, or listen to Television news (I wonder what I do, but I do), I am barely informed of what is going on where, except for my roommates discussing things about sports, politics and the world in general. They have ample opportunity to entertain a dunce (yours truly) who likes to have an opinion on everything he is not concerned with. The only report that I check on the mobile phone is the weather report and the thankfully it does not report the political temperature of the capital; Then there are blogs. Blogs which told me what’s wrong with Egypt, with US, with Syria, and above all, with India and because they don’t tell everything, I am slightly misinformed and have slightly cynical tastes on political issues.

But here is what I know. Elections are about to commence and the political parties have been trying hard to market their parties to the public, through social network outreach programs. NaMo’s fans have even created Android apps to honor him, he too has been using his twitter account and other social networking platforms to ensure that the tech savvy youth is kept informed (or influenced). AAP has registered its election symbol as a broom and is contending for elections in Delhi. 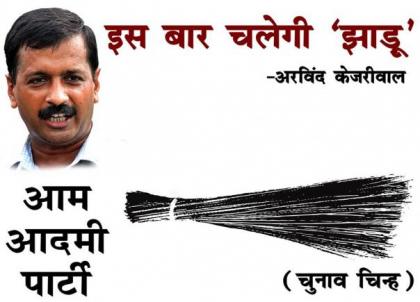 Ironically, their election symbol (broom) reminds me of a Coldplay song:

I used to rule the world.

Seas would rise when I gave the word.

Now in the morning I sleep alone.

Sweep the streets I used to own.

The other day I had to go and attend the call of nature while in office. So, while I sat there relieving myself of the heaviness of my stomach which portended to make my heart heavy, I noticed that there was something written on the toilet paper.

My heart felt heavy instantly despite of everything. Do these people know where to stop? Or are they writing their own epitaphs already, by annoying the public? Perhaps, they want us to weigh the pros and cons of voting for them in the place where we think the most? This was the second instance when I had seen such a notice on a toilet paper roll. Last time, I did not have a pen with me. But it is really annoying to have your moment of relief disturbed by such intrusions of your privacy, I already have many things to think about. This time I had a pen in my breast-pocket, so I carefully took that paper out of the roll and neatly wrote,

‘You know what I am going to wipe with your opinion?’

The only difference between them and me is, I have a slightly better sense of hygiene and just let that comment be, in case the one who put it there took notice. I don’t like to put faeces on public display. But such intrusions will not be tolerated.

‘When you take your politics to someone else’s toilets, it is bound to get dirty.’ 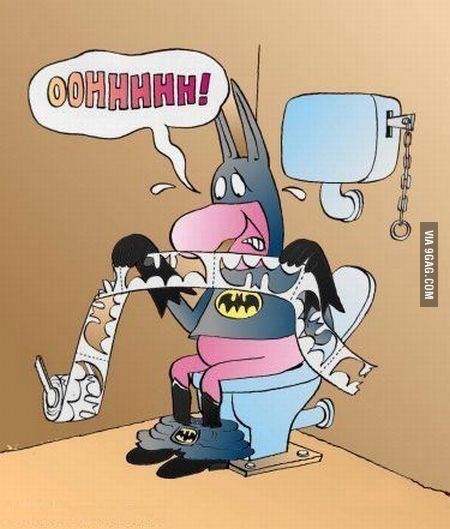 P.S. In case you also feel that the first para and the rest of it is disconnected, there is a whole lot of text in between, but is rather longer. So, in case you want to read it, it is available here.

We must give chances to more Valmikis

P.P.S. Feel free to comment, and in case you do, login using google or facebook accounts in the right (top) sidebar to avoid all captcha and moderation circumlocutions.