A reason to maintain a diary. 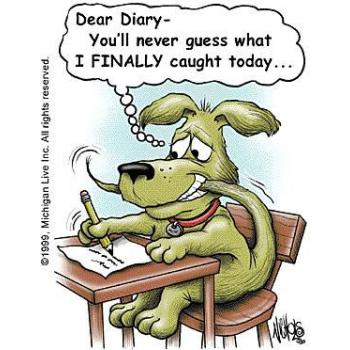 Every entity no matter how small has ideas. The smaller the age, the better the ideas, naive albeit. But as we grow, we tend to think and dump ideas somewhere in the recesses of our mind. Then one fine day, you find someone else using those ideas, or presenting those ideas and even earning recognition for that and you can’t even say with certainty that you too, at a certain point of time had that idea because there is no proof that you had that idea when you actually had that idea. So write things down, preferably in a diary that is dear and get a locker to save all those finished journals of your life. One day, you’ll know that many ideas that looked absurd at that time are now established schools of thought and you can be content, or maybe discontent that the fame that you could have got now belongs to someone else because they gave importance to that idea.

So yes, let us all keep a secret diary which we all write at the end of the day, or when we have an extreme compulsion to write an idea lest we may forget it. That secret can be out there in the open, but then, don’t forget to have intellectual property rights on those ideas so that you can sue others if they chance upon your ideas and make something concrete out of them.

Honestly, I have never been able to maintain a ‘dear’ diary and owing to that I have had many (extended) “Hey, that’s mine!” moments. It is in those moments that I have dearly wished I maintained a regular journal. But I have done something close to keeping a personal diary, because ideas can come anywhere. I carried around a bag with a pen and a diary in it and if something hit me, I’d write it down, if I could hold on to it. Now, given that the diary has only a few filled pages, it is safe to say that I sparingly used it, but whatever meager words that I managed, I wrote them there. Out of nowhere, one day I started flipping through it, and found many notes that were never translated into posts. But because they haven’t been so far should not mean they wouldn’t. A few posts that would follow are taken verbatim from those old pages (with slight alterations of course), because they remind me that nothing much has changed which is a good thing and bad and also that they make sense to me even today; I haven’t thought of myself as silly at that time. 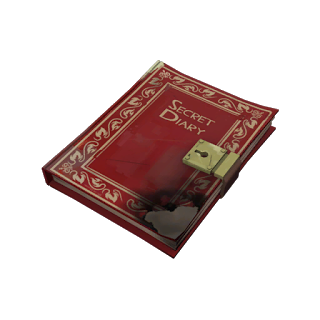 They shall also leave me enough ground to back my claim if someday I discover that someone else also stumbled across the same thought chain as I did, indigenously though. Believing that most things we say, or do, have been directly or indirectly influenced by something already said or done, as I wrote somewhere before (here if you so care) which leaves the presentation the only marker of difference, the element being the same. You know how in one of my posts, I said that "Nothing comes ahead of its time, and nothing ever happened that didn't need to happen.”, (well I did not actually say that, but quoted that) but that is Murphy holding his laws intact here again. There is this wonderful darling known to me, it is called 'Stumble Upon' and while I was having this surge on the inside to get out and get one diary, and not prolong the emotion, to bide some time, I stumbled across the internet, and guess what was the first random site it took me to? This one. "The Diary Habit". Coincidence much? Let me hold my breath for a while. Bye.

(Image Credits: Google and the respective copyright owners if applicable.)