A friend was once discussing these sensitive issues like religion, the sense of camaraderie for people of our own religion, and particularly our sect, and other such things. For instance, he said that since in India, a large part of the Muslim population is Sunni, they don't raise much of a hullabaloo when Shia Muslims are killed in some part of the world. But when Sunni brothers, though unrelated except for the fact that they are Sunni are killed, Indian Muslim population makes a lot of noise. Similarly, when a valedictorian Hindu commits atrocities on some unrelated people, most people (from his community) only strongly disapprove of his actions in public, but somewhere inside, are very sympathetic for him. They agree that what he did was wrong, but want people to let it go with a mild admonishment. Or, say, a community from a strata in Hindu society is beleaguered by some other religion, the people from the Hindu community who take to the streets in protest are those who themselves belong to the community that was harassed. While most of this is debatable, the facts particularly, I must refrain myself from judging (and you too must not make much fuss about it, for it was mentioned to set the tone of this post and not to brandish someone else's opinion), for I don't think I know any better, or even this much.

But what he said next was quite an antithesis for me. He said that he is always affected by the news of people dying, no matter what religion, what creed, and what background. That is actually a very beautiful thing, if it is the case. I asked him, "So you mean you feel sorry for the people who are dying in some other part of the world, even if the news says, 100 people dead in so and so place?" to which, he said 'yes'.

I, I don't feel like this. Death numbers don't affect me as such. You tell me, 100 people died, and I'll say okay. It is okay with me. I thought that such is the case with everybody. Apparently I am wrong. The death of a reported hundred is just as insignificant to me as the thousands dying right now, unreported. The news that starts to affect me is the one which starts to tell 'how' they died. It is not the sight of the dead that affects us, except for our loved ones I suppose. It is our mind, which can see how they died which tugs at us. So when they say, "People burnt alive in a running train", I can imagine the agony of being burnt, I don't need the numbers. When a judge pronounces death sentence, he often mentions the manner in which life should be severed from the body - that is the important part. If no manner of dying is specified, the criminal may be killed by a bullet in his head, or by consumption of cyanide, or by starvation, or by inhuman torture, (ironically, which way of giving death can be humane enough?) the judge can probably live with a clean, undisturbed conscience. Or perhaps, he finds solace in specifying the manner in which the life should be taken so that he doesn't have to visualize all the different ways one might kill, which might soon turn into a psychological disease.

It's not death that affects me, it is the way death comes which does. Today, there was a little puppy lying in the middle of the road, someone had driven over the poor thing. Its eyes were gouged, a little blood there, it must be its puny brain, and a crushed skull. I immediately averted my gaze. Yesterday, somebody had pleaded to stop warfare and terrorism by sharing the picture of a dead boy with dark brown skin, half of his skull missing, and his father crying tears of death, inconsolably so. Ever read the description of the mutilation of Captain Saurabh Kalia's body at the onset of Kargil war? My soul was shaken when I merely read it in the newspaper, think what those might have gone through who had to see the aftermath of this torture? Think about his father, his mother. Oh wait, think about what levels of endurance Saurabh Kalia must have had - duty before own life - to be tortured this way and yet not let any confidential information part from his lips?

How do you feel now? How are you supposed to feel now? I would rather not talk about the feelings, for you see, enough has been told to put you in a sad kind of mood (if you've been reading diligently), some of us have brains that can conjure up imagery as it is read to us, described and enacted in vivid detail in our heads. The attention to detail is all good, but can also kill you. The good part of our brain is that it knows what to reject, and we will distract ourselves with some lighthearted reading, or standup comedy, or a mindless song which reminds us of nothing. Listen to Audioslave's 'Doesn't remind me' will you, it gives new ways of reminding oneself of nothing (and that is funny)? But will this stop terrorism, or epidemics, or keep people from dying? Or will it deter people like me from reading anything at all, jeopardizing the whole setup, the whole experiment? How can a man know, and not feel about it, (unless of course one designs it, and knows what it should be feeling, be God, simply put). How can one be the silent observer like God? You know, I always have the option to be the ostrich who buries his head in the sand and thinks the danger is averted. See no lies, hear no truths. What for then, are these senses worth? But then, mind is a beautiful master, it gives me dreams, and nightmares of what I am running from.

Man is special, in the fact that he can think not just for self, but others too. But man is also an animal. We are capable of great humanity and also of great animality, worse than any other animal in the kingdom might be capable of. We are our own heaven, and our own hell. We alone, are enough to make ourselves miserable.

You know, suddenly, after having written it post-morning, and reading a tweet from a pal, 'bloody headaches', my first reaction was to pull his leg, 'how do you know headache involves blood?'. I didn't do that of course, because it is sadistic to hurt others this way. Not having done so is good, right? Right now my brain is giving me creeps by telling me how it would be to have your skull squeezed, before it bursts. My head isn't squeezing, but it is giving me this feeling. The pressure will gradually build up, on the sides, and the sides which aren't squeezed will feel a little light, because they're expanding. The pain will not be of compression or expansion, because brains cannot feel pain, brains have no pain receptors. The sides being pushed will be painful, the skull, the skin, the ears, these things which give signals to brain which will make you feel pain, but not the brain which will soon be split out, freeing you of the agony, which you so want to rid yourself of right now. I am ceaselessly reminded of the dog who died today. I know, there is a possibility that had I not tried to be nice, and said that 'how do you know that headache is bloody?' might have invited flak from him, but it can be handled right? We can fight others. Only if I didn't care. Who is self-abnegation for?

The easy way out is to close down, but I cant, but I can't. The way to not spread is to pile it up, either inside, or on a stash of paper, and explicitly set the stash on fire when we die. But the world will be deprived of all that it could know? Why do I care? I'll be dead anyway. But can only the sunny side cure the world? I doubt it. We'll be creating ostrich heads then, not humans, humans who are capable of great things. Burn it down. 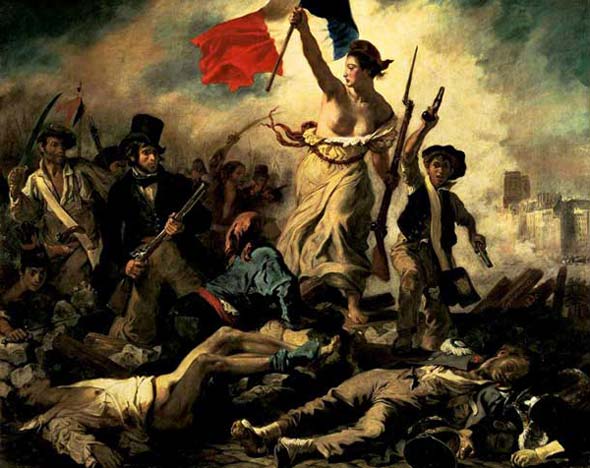