Do we plan fate or fate plans us?

“Once you make a decision, the universe conspires to make it happen”.

Similar lines made much famous by Paulo Coelho’s ‘The Alchemist’ have oft been quoted by people from all walks of life when they want to instil inspiration in someone’s mind (THIS is one example). A close parallel in Hindi and Urdu (though mushy in a sense), which might be an older adage than this though I am not sure, goes like

I would not dwell in the mushiness of the above mentioned quote much, but it does give a psychological boost should you put faith in these words. The reason could be that we become more aware of what we are looking for and this heightened awareness makes us grab fleeting opportunities too, the ones we wouldn’t notice when we were constantly watching our backs. So when Dan Brown explains it in (pseudo) scientific terms in his book ‘Angels and Demons’ taking facts from real science and making a fringe theory out of it, I am impressed.

He presents a hypotheses that every intention, every thought, is a form of electrical impulse in our brain or an electromagnetic radiation so to speak, and because light has dual nature viz. wave and particle (which is a well-established theory in Science), every thought, and even a soul has a weight and has an impact on the overall balance of energy in the universe. So if we can focus our intentions on to a task, we are actually producing an imbalance, no wonder quite small, in the overall energy balance and if it just strong enough, it can actually modify the energy balance of the target. Since almost everything can be either material or energy, except nothingness, anything can be altered. This can also explain why the flapping of the wings by a butterfly are producing tsunami’s somewhere, maybe on a different planet, in a different universe.

This theme, though often cited by preachers of religion and fitness, that things like prayer and exercise done together can produce results faster because the energy of many individuals tune into resonance for a single cause. Incidentally, this also seems to be the central theme of ‘The Intention Experiment’. 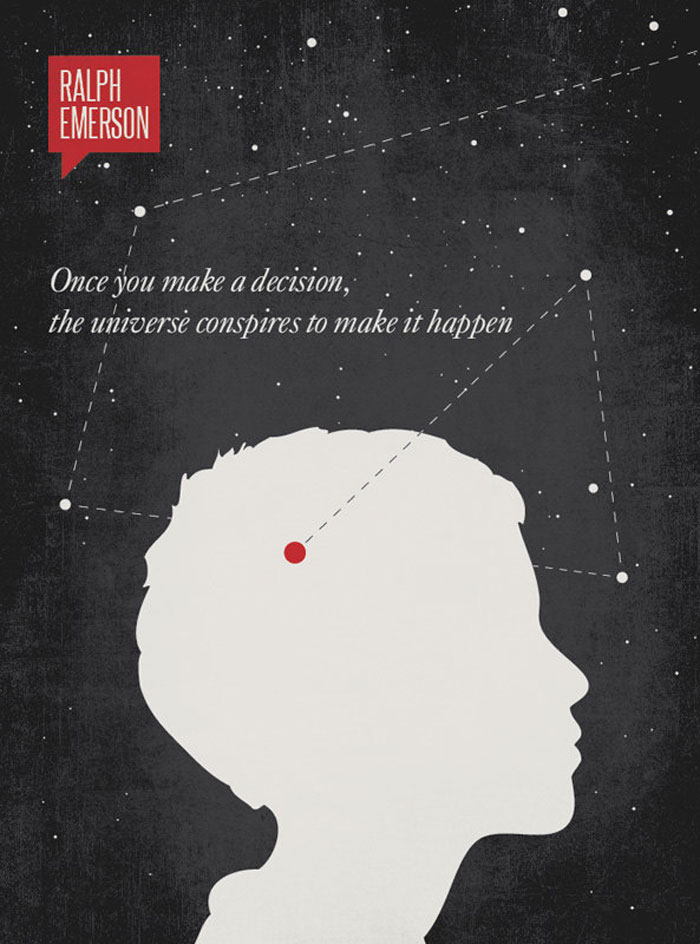 But all of these are conscious intentions, deliberate in nature. Have a look at this just before I press my point any further.

“Nothing comes ahead of its time, and nothing ever happened that didn't need to happen.”
― Byron Katie

Do you believe in that? If yes, then read on in affirmation (I told you so! attitude) and if not, then read on with a sceptic’s eye. I would like to believe that it is not valid. Scientifically, there is always a chance of something happening and can be explained probabilistically no matter how absurd the assertion is. But often, some incidents occur and force us to reconsider our beliefs. I wanted to write such kind of post about a 6 months ago, when I took notice of my meandering and the timing of inflow of certain knowledge (not for the first time, but I cannot remember anything more weird than that) but I didn’t because it doesn’t matter. It happened again, today and this time, the source is much more authentic than the previous one. So, I’ll tell you about the two incidents.

“They would explain to me, "You've got an orange, OK? Now you cut the orange into a finite number of pieces, put it back together, and it's as big as the sun. True or false?"

"Impossible! There ain't no such a thing."

"Ha! We got him! Everybody gather around! It's So-and-so's theorem of immeasurable measure!"

Just when they think they've got me, I remind them, "But you said an orange! You can't cut the orange peel any thinner than the atoms."

"But we have the condition of continuity: We can keep on cutting!"

"No, you said an orange, so I assumed that you meant a real orange."

The time when I read that question posed by mathematicians to Feynman, it was my ‘aha!’ moment. I proclaimed, aha! I know that, it is possible. Even though I did not care to look into the text behind Banach Tarsky paradox before and thought that it was just an example that the Keith gave to explain his point. But as Feynman and Mathematicians discussed it, things shifted to familiar grounds, continuity and thickness and atoms and through Feynman, I actually saw the caveats in the statement. In retrospect, had I read this chapter one day before, I might not have given it much thought, and just bowed before the inquisitiveness of Mr. Feynman (which many times, could be considered plainly arrogant). Why was I taking this lecture on Mathematical Thinking meant for high school pass outs just entering college? I have no answers, I liked it. Just.

Such incidences make life very interesting and perhaps many interesting reads too. Somewhere in the near future when I complete this engrossing book, I’ll tell you more of Mr. Feynman, from inside and outside this book, he is very interesting. Till then, I’ll continue to wonder and wander. But before I end, I’ll ask again, not that it would have made much difference if you have already made your mind, do you believe that everything happens at its own pace and at the right time.

P.S. Don’t take the super-powers part too seriously. That is my job even though I was once rebuked and administered a warning on a physics forum for asking such ‘irrelevant’ questions, but let’s keep that for another time. :-P