I'm on fire when you speak"

It has been a long time since I went skygazing. I think it was a perk of being at home at that unhurried time. But looking at the star studded firmament always soothed my entity. Then, once I saw the vastness of the sea. The same catharsis ensued. Recently, I got a chance to see the sea again, but the experience did not reverberate initially. I figured out why, because I saw a confined sea, I could see the crescent of land on either sides. It was a revelation.

The infinite intrigues me, it doesn't make me feel insignificant but causes a maelstrom of thought streams. The definition (of infinity) is such that it has no end. So it does not matter where I stand, I am always in the center, just because either side is the side of infinite. It gives me hope, that I have infinite potential to learn, and to commit errors. It doesn't belittle me, but urges me to look at the bigger picture (Though I am shortsighted up to a few years at best). It gives me a sense of belonging which sometimes is so placating that I let go of details.

Incidentally, this trip into the sea also revealed a different point of view that I had not noticed before. While we were out there in the sea, seldom did we turn the lenses towards the horizon. Constantly capturing the finiteness of land, the comforting feeling of being 'near' a closure, of being somewhere, of having a direction for the otherwise rudderless boat. What is there at the horizon? Nothing! Exactly, and that is something no one can capture. A photograph of sea and sea all through?

When I pronounce the word Nothing,
I make something no non-being can hold. 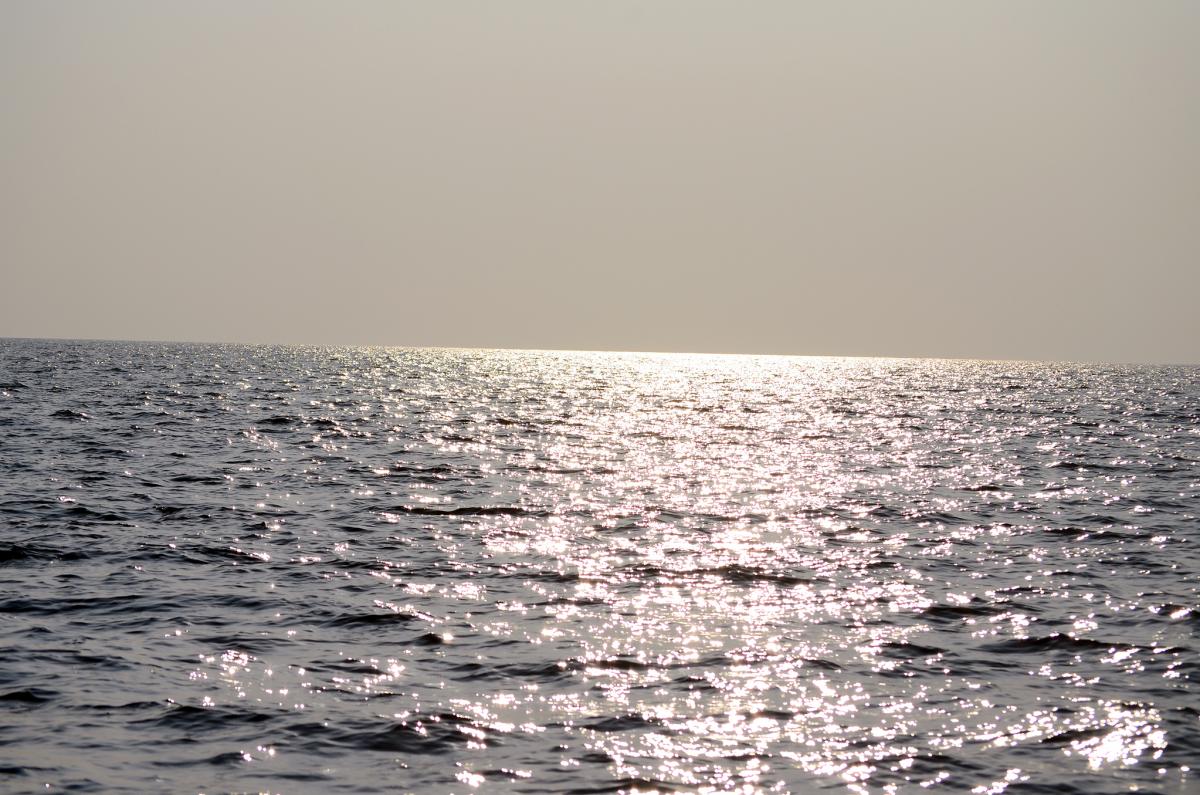 Clicking the macros and missing out on the panoramas? A person seldom does both, the photographer. I think that also reflects how we lead our lives, living in the essence of minute details, or in capturing the bigger picture. It is up to us, but I am afraid the choices were made when we were least bothered.