Music is love, music is life, in music is harmony, in music is salvation. Music is all what there is, IF we can just lend an ear. Nature is full of music; in fact, it is so packed that there ain’t space left for any nothing. Figuratively speaking, music is everything there is, only if we’d listen. I can state to the extent that the mathematics of music, even though I don’t get it, must be beautiful, just as beautiful mathematics is, and music is.

“Mathematics and music, the most sharply contrasted fields of scientific activity which can be found, and yet related, supporting each other, as if to show forth the secret connection which ties together all the activities of our mind, and which leads us to surmise that the manifestations of the artist's genius are but the unconscious expressions of a mysteriously acting rationality.”

But let not my words, nor those which I draw from history persuade you, for I claim not to be a musician, not at least of the types that you so admire; even so, I can be so overbearing that I would be admirably loathsome. There is no music when I claim that the symphonies of the world are playing out of order every other day. There ain’t no music when I tell you to keep your music to yourself. Everyone in the world seems to get what music is and armed by this self-proclaimed connoisseurial judgment we’ve arrogated to ourselves, alas! We’ve lost the tunes. I’m comfortable in the acceptance that I don’t get it today, but someday I will. Apparently, the feeling’s not mutual and I am but amused by the harmony in such discord. Sometimes I feel like suggesting chin music but chin music’s not pleasant at all.

So much has been said about the benefits of music, that some people have (and I humbly accept to have been one of the pack too) resolutely decided that they cannot live without it. Stop saying that you cannot live without music if you’re frustrated with life in usual. It is not an escape, it is sheer escapism. The internet is inundated with music, with articles on benefits of music, with all kinds of (stereotypical) music, with research on music, with pseudo research on music. Everyone recommends music. The internet is full of all kinds of music except one, which lies in its absence. In fact, in the absence of any recognizable music. Oh how we misunderstood music’s element!

Music is therapeutic, sure. But silence is cathartic, ever tried doing that too? It is like stopping midway between a fall, and then easing down like a maple leaf. So just wake up, and pause. Look around, or maybe don’t look at all. Just listen, to the sound of nothingness. Of course you don’t get it when you live on the edge. It is good to withdraw from the edge, or maybe hang by it, for a while, until you’re comfortable. These days, this therapy has been re-christened as ‘STFU’ or ‘Shut the Hell Up’, the Hell being a grim metaphor to your mouth. 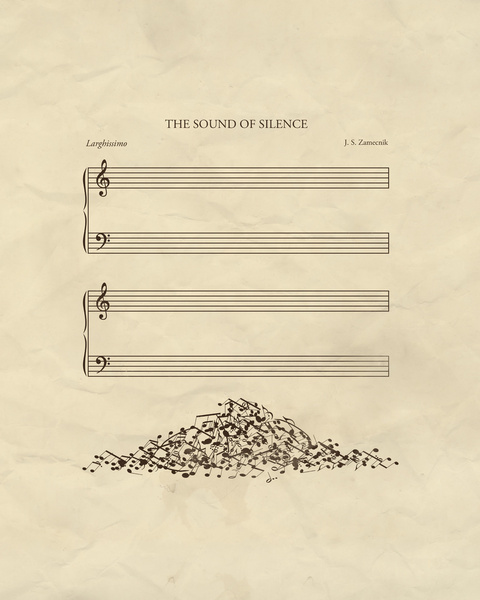 Anything done too often becomes mundane sooner or later and is usually not recommended. Take a certain dose of medicine each day and then the medicine miraculously stops working. We’re built like that. Our stamina grows. We grow out of music, just like we grow out of love when it is showered in excess.

“If music be the food of love, play on,
Give me excess of it; that surfeiting,
The appetite may sicken, and so die.”

But we don’t get it. And we refuse to accept that we don’t get it. We cling to our notions, and we’re right by far. We accept one music while failing to recognize other, rejecting it. We’re not right, nor wrong. We’re just ignorant, and the victims of our own devices.

'Tis with our judgments as our watches, none

Go just alike, yet each believes his own

There’s music everywhere: in pain, in pleasure, in the rains we treasure, in nothingness, in abundance, in acceptance and repugnance, in the solitude of altitude, in the warmth of gratitude, in the laughter of a baby, in a wailing woman maybe, in images that fill our eyes, or the clouds that glide o’er the skies, in the crickets of the nights, in the unity of birds in flight, music engulfs us pole to pole, in every small segment, in every whole.

So, happy listening. If you can. 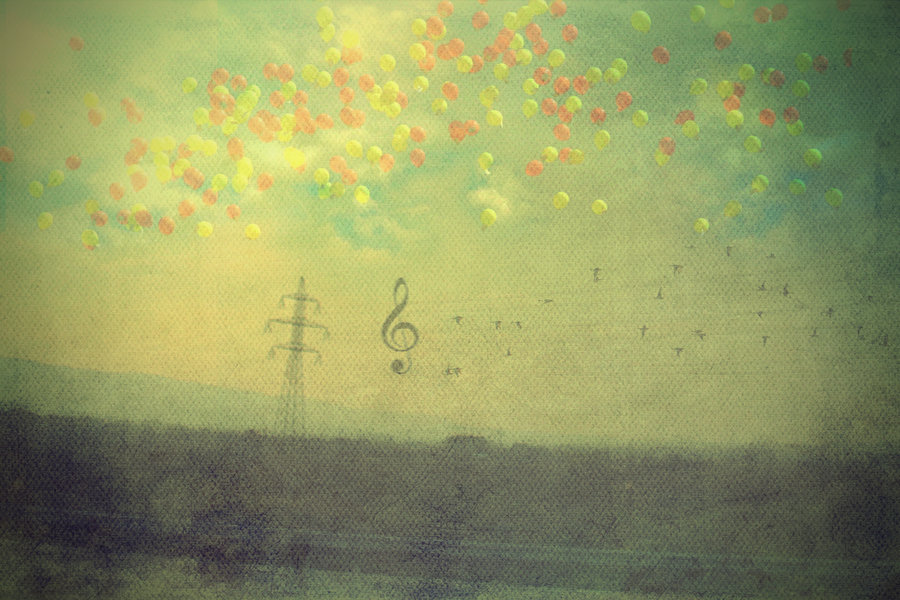