I wonder why do I wonder: A Brief History of Time Discussions

This is a small part from the aftermath of reading Stephen Hawking in 'A brief History of Time'. 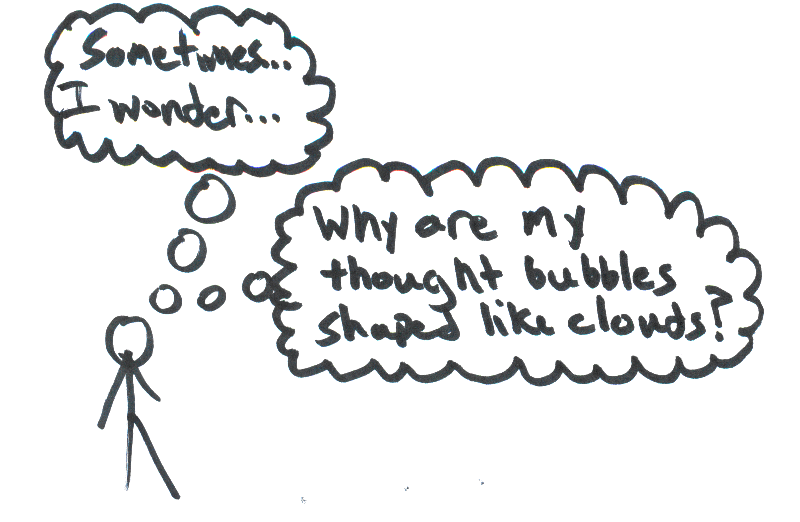 Before I start to wonder, I wish to ask one question – Why do we wonder?

Chances are that I am not the only one wondering about this wondrous question, nor am I the last one to be thinking (independently) on such lines.

Such are the questions that this vast expanse on the outside stirs on our insides. It is these questions that have been a guiding light to scientific endeavor. Will they ever be answered in full? If yes, then how can we be sure that what we conclude is right? Countless attempts have been made in unifying everything into a single theory, a single mathematical equation that explains everything of this physical world. But as the author puts, arriving at such kind of ‘theory of everything’ in itself is a paradox.

“Now, if you believe that the universe is not arbitrary, but is governed by definite laws, you ultimately have to combine the partial theories into a complete unified theory that will describe everything in this universe. But there is a fundamental paradox in the search for such a complete unified theory. The ideas about scientific theories outlined above assume we are rational beings who are free to observe the universe as we want and to draw logical deductions from what we see. In such a scheme it is reasonable to suppose that we might progress ever closer toward the laws that govern our universe….”

You know it is kind of funny, that once you sit and wonder, about why something is, there will always be a caveat in all the previous ideas, in every reason; every question will lead to a deeper question which will ultimately lead us to two main questions, one which concerns our past, and the other where we are headed – Where did it all begin? Who started it, if anyone did? If someone did start it, then why? If someone didn’t, then what caused the cause itself? The concept of no beginning, and no end doesn’t make much sense to me, since everything we’ve seen, or known has one beginning and one end and yet, as Stephen Hawking notes, is the dilemma of countless people pondering about the same question. So, while it is possible that the beginning and end are too far, amounting to infinity in between, but they have to exist! Because if one thing can be everlasting, eternal, there can always be another one, which we find out in the discovery of the first and the reasons for its eternal-ity. The second question is, where is the end? Because if there is no end, then it is all fruitless. If time never stops, and we’re trying in vain to break out from what cannot be broken, it is a lost cause already and we must abandon such stupidity. But that too is too naïve an answer and that is why we believe in the end of things.

Everything has to have a reason, and if at least one thing exists which breaks the rule, it cannot be the only one which can break it.