More food for thought from Feynman, his contemporaries, and me?

This post is in continuation with the thoughts on 'Don't you have time to think', a book of collected letters written by Richard Feynman and to him by other people.

Be the first or the last, or be significant in-between:

There are other, interesting things too. For example, his High school teacher, writes, “A belated letter of congratulations has a better chance of being read, since it isn’t swamped by a host of others. In any case, you can apply time reversal to it and read it last week.”

Virendra K. SIngh wrote to Feynman how he considered Feynman as his ‘Ideal Lecturer’ after having read about him, and the books he had written, and that he had recommended those books to the HoD and emphasised that “every student must have these copies: They are to be read very thoroughly like Ramayana of Hindus.”

Feynman replied “Thank you very much for your kind and flattering note of congratulations.”

Apparently, Virendra K. Singh was hurt that Feynman thought it was ‘flattery’ and he felt the need to clarify that it wasn’t. “It really hurts me that you have misinterpreted my deep sense of regards and intrinsic faith to you...”

To which, Feynman also felt the need to clarify “I am sorry to have hurt you by my careless misuse of language. I did not mean to imply that your letter was insincere in any way. The word ‘flattering’ was wrongly used, as I have just looked it up in the dictionary and found it has negative connotations, which I certainly did not mean. I should have used some word like ‘compimentary’ instead. If you knew me well, you would know that I am immodest enough to take all compliments at their face value and not to think that they might be idle flattering. I just didn’t know what the word really implied. I was sincerely pleased, even nearly overwhelmed by your comparison of my lecture notes with the Ramayana.”

What has my race got to do with it?

Tina Levitan wrote to Feynman requesting a biographical sketch and a black and white photograph for inclusion in her book-in-progress, The Laureates: Jewish Winners of the Nobel Prize. When Feynman refused, citing the reason that at the age of 13, he was converted to non-Jewish views (as he told in Surely you’re Joking). She wrote back that her book includes not just practicing jews, but those of Jewish origins ‘for the simple reason that they usually have inherited their valuable heredity elements and talents from their people. and asked for permission again. Feynman’s patience was tested. He wrote,

“In your letter you express the theory that people of Jewish origin have inherited their valuable hereditary elements from their people...To select for approbation the peculiar elements that come from some supposedly Jewish heredity is to open the door to all kinds of nonsense on racial theiry.

Such theoretical views were used by Hitler. Surely you cannot maintain on the one hand that certain valuable elements can be inherited from the ‘Jewish people,’ and deny that other elements which other people may find anything annoying or worse are not inherited by these same ‘people’...

It is the lesson of the last war not to think of people as having special inherited attributes simply because they are born from particular parents, but to try and teach these ;valuable’ elements to all men because all men can learn, no matter what their race.

It is the combination of characteristics of the culture of any father and his father plus the learning and ideas and influences of people of all races and backgrounds which make me what I am, good or bad. I appreciate the valuable (and the negative) elements of my background but I feel it to be bad taste and in insult to other peoples to call attention in any direct way to that one element in my composition…

She was too obstinate, and wrote back to him, after about an year on a similar matter, and he again, cited his previous letter as reason why he still refused to co-operate.

What is this pursuit of science for?

Mrs. Robert Weiner enclosed a copy of ‘After Reading a Child’s Guide to Modern Physics’ by W.H. Auden to prove that modern poets not only understood modern science, but also wrote about it. In reply, Feynman made his rebuttal:

“Mr. Auden’s poem only confirms his lack of response to Nature’s wonders for he himself says that he would like to know more clearly what we ‘want the knowledge for.’ We want it so we can love Nature more. Would you not turn a beautiful flower around in your hand to see it from other directions as well?”

Is that not enough for a purpose?

Why we must not sometimes, run behind everything that is interesting or might be interesting?

Feynman returned a paper, unread to his colleague (from biology) citing reasons of busy schedule and that he ‘must refuse to get bogged down reading someone else’s theory; it may turn out to be wonderful and there I’d be with something else to think about.’

The reply was as brilliant: “I would have done the same! The usual expression used in Molecular Biological circles is due to Frank Stahl: ‘Don’t tell me - I might think about it!’”

Isn’t that why philosophers always argue advocating their own assertions while not listening to other philosophers, when it might turn out that the two are saying the same thing, from different perspectives, made complex by their words?

Science is a human endeavour.
In response to a Swedish encyclopedia publisher’s request to supply a photograph of himself “beating the drum to give a human approach to a presentation of the difficult matter that theoretical physics represents.”, he wrote:

The fact that I beat a drum has nothing to do with the fact that I do theoretical physics. Theoretical physics is a human endeavor, one of the higher developments of human beings—and this perpetual desire to prove that people who do it are human by showing that they do other things that a few other humans do (like playing bongo drums) is insulting to me. I am human enough to tell you to go to hell 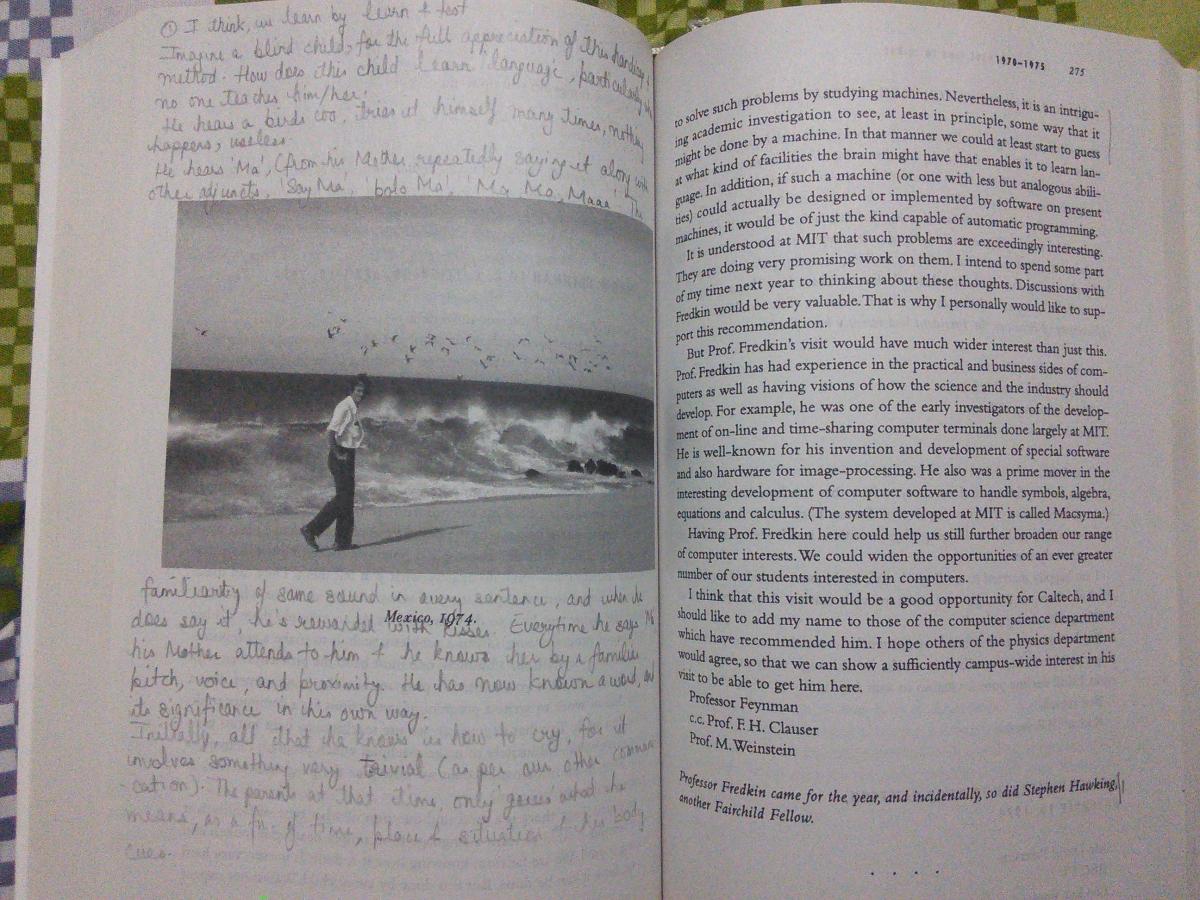 He probably wouldn't want us to talk of him, but be curious about the stars instead, and by that virtue, we're doing it all wrong:

"There's three kinds of questions: One is how does it affect me? Another question is, how does it affect you? What are you doing? Because they're interested in me personally. And then there's a question, What are stars made out of? Now, only the last kind are a real pleasure to talk to. Because the last kind have the same kind of curiosity as motivates you in the sciences. And so you kind of feel a kind of sympathy right away to that kind of question"