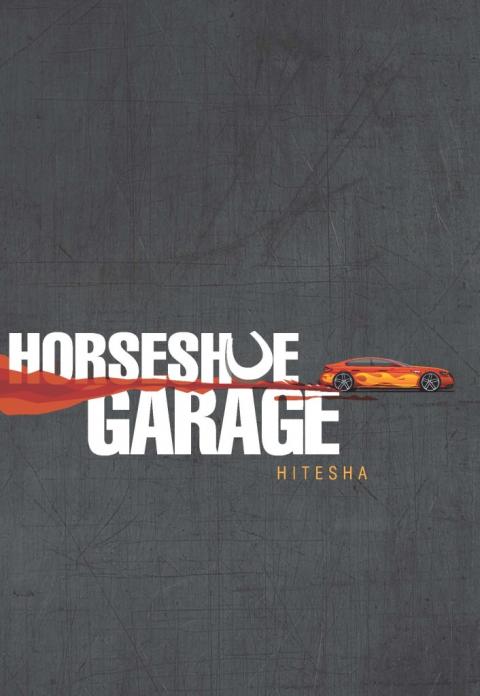 Sav and Rags are well off in their professional lives, both have good MBA degrees, good jobs at motor companies with, they have everything. But this wasn’t their dream. Their dream was to be a part of Neo-Racing, a premier car racing competition where new ideas in car design poured in every year, raising the level of technology every time. Back in their engineering days, Rags and Sav did make a car design which they thought was novel enough to compete head to head with any Neo-Racing competitor, but they didn’t follow it through. One day, when they discover that Neo-Racing is coming to India, the two concluded that it was now or never.

People say, ‘do your own thing’, they tell, ‘follow your heart’; but everything they say comes with a small asterisk on the top, ‘Terms and conditions apply’. When you are young, they allow you to dream of what you want to become, they whet your ambitions with cheers (if it is reasonable enough for them; they won’t cheer your young dreams of becoming a stripper, so be prudent with people), then one day they’ll stop doing that. If all goes well, which seldom happens, you are doing what you want to do, and your life might be complete. But this story is about the ones who don’t get it, at least not in the first time, or the ones who did not try at all. It is of those people who have to turn around with doubt when the people who once cheered them caution them, ‘son, look for a stable job’, then, ‘son, look for a good house’, ‘get married’, have children and never think of stepping out of your comfort zone. Most of us oblige. But it was in the times of Ram and Sravan Kumar when obedience was worshipped by all and sundry, it was the time when finding your station in life was all what mattered and that station too was decided by the society. That was the time when ‘fitting in’ was important. Things are different today, it is the ‘square pegs in round holes’ who are remembered, the ones who stood out.

In order to compete, the two will have to give up every sense of security that they had, a job that paid, the money in their banks, and even the support from their families. Should they cower back into the comfort zone, it wouldn’t be much of a story now would it? So, they accept the challenge. But other than the design and some money, they have nothing with them, no team, no garage, no nothing, and all they have is a fast approaching deadline.

But as we engineers have experienced with our college assignments, things fall into place eventually (sometimes, on the night before submission); they do find a good team and there is no looking back. In the meanwhile, Sav falls in love with Naaz, a 24 year old, 4th grade pass mechanic who has the brains that could put the R&D head of the most advanced Motorsport company participating in Neo-Racing to shame.

It is but clichéd that the middle class Indian family should object to an inter-religion matrimonial alliance initially with mother doing a complete blackmail; couple that with the educational qualification of nothing better than 4th grade (technical knowledge notwithstanding) to make matters worse. The cliché has been well played in this story though. Beyond that, the story is just like the circuit race, the only difference being that the action takes place inside the pit stops in this story.

Naaz comes across as a powerful woman, who is driven to excel and can wring everything and everyone at her disposal to make it happen. She’s not only intellectually gifted, but also a woman of steel who doesn’t allow any passion, other than her passion for Neo-Racing to overwhelm her. She creates three successful car designs and that too in very small time. She is a kind of fictional character in today’s life. On second thoughts, she isn’t. We often hear success stories of people whose perseverance irrespective of the odds catapult them into the blaze of glory, we call them prodigies. Naaz is obsessively proud of her creations and doesn’t shy from showing it off in her cavalier treatment of superiors at RAI and the likes.

Sav is any normal guy, Rags is no better and Kam (Rags girlfriend) is also another girl. Though it starts and ends as Sav’s story, he’s the narrator, it actually isn’t his story. They all have their weak points and strong. Sav just musters up enough courage to put everything at stake, and after the first move, he essentially cannot turn back.

I am no expert at car design, so I cannot judge how well the author described the technology. She did manage to put 16 wheels on 8 independently driven motors (overextending the concept of airplanes as she explains) and then uses a twin turbine engine if I remember it right. Plus, she talks of hydraulics and aerodynamics, all I know that these terms exist and are important in car design, especially racing car design, but how innovative and out of the box was it, given that Neo Racing was all about radically new designs, I cannot be too sure.

Hitesha hasn’t dwelled much in the race or the car; sure, everything revolves around them, but the story from inside the car is a blur. As I said before, all the action is in the pit lanes, and not in the car. The language is plain and simple, no frills and thrills with that and would count as a very normal story (but a good story nonetheless). There isn’t much attention to emotions, except those of attraction; and Rags has a trademark of ‘What the Fuck’. Sav’s emotions for Naaz are real though, true for a first love, no matter what the age, immature and stupid, but hey, that is fine, right? The initial part of the story is too detailed, as compared to the rest of the story (the part where all the action and twists and turns are), or perhaps, the statement should be reversed. The main part of the story lacks detail.

The story has one central theme, of living your dream. This is where I have my reservations, because I am fed up of hearing this time and again (and not acting on it?). Think of what it would do to the society?

Overall, a good one time read. Nothing exceptional, not meant for literature lovers, but young adults for casual reading.

P.S. Please make yourself comfortable by logging in using Google or Facebook ID in case you wish to comment; the login option is available in the top right sidebar. :)