Book Review - The Expected One 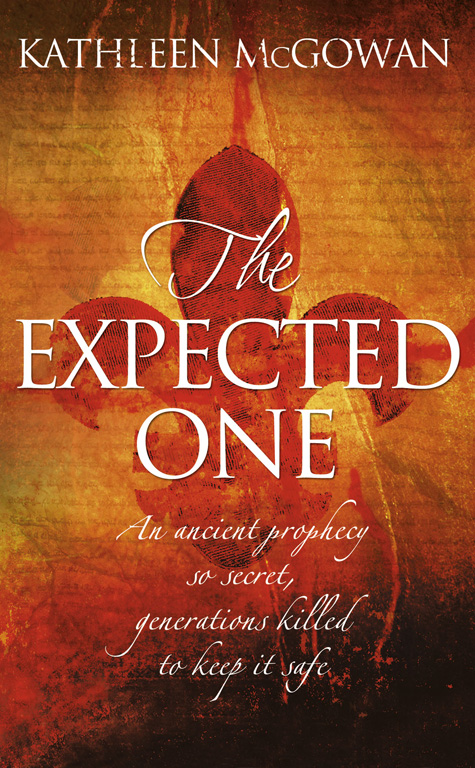 Foreword: Much has been said and written about the life of Jesus and theories about Mary Magdalene. I am in no position to comment on what is the accepted belief or what might be the truth and I’ve decided to make the author try and convince me of the point she's making. Fiction, as they rightly call it, is an easy escape from the repercussions of treading on holy grounds and yet presenting one’s own (often different) interpretation or theory. It might be let off as an innocent good story (not to forget fictional), but it does put the seed in many minds.

Review: Mary Magdalene was a disciple of Jesus Christ, and it is often debated in theories if the woman next to Jesus in “The Last Supper” is her; if the Mary talked of in Christianity is Mary Magdalene or someone else. But history has been harsh on her. While most of the early Disciples of Christ became the Apostles of Christianity, Mary Magdalene was relegated and often looked down upon unworthy of mention. No one heard her story. As the protagonist of this story strongly believes, “…words committed to paper have been written by human beings…And, as all human beings are ruled by their emotions, opinions, and political and religious affiliations, subsequently all history is comprised of as much opinion as fact and, in many cases, has been entirely fabricated for the furthering of the author’s personal ambitions or secret agenda.”.

Mary has been trying to let her version of story out throughout history choosing people in different timelines. This time, it is Maureen, ‘The Expected One’. Almost each chapter has an opening note from the Arques Gospel of Mary Magdalene which narrates fragments of a story, about the people who lived with and knew Jesus. All of these excerpts relate to forgiving, or doing justice to someone who was neglected in the documented history and is also a predominant theme of the book. The rest of the story is a steady narrative that starts from America and travels all the way to France, Arques. Now, the sects have been doing their homework since long time and know where to look for, though not knowing what to look for. Through a strange chain of (divine) plots, or happy coincidences, they find her and let her play her part. She delivers what she is expected to do, and gets momentary respite from the troubles she had been suffering for quite some time.

In the meanwhile, she discovers many things, and her cousin brother Peter is constantly there to protect her in all ways he can. She also begins to find love in Berenger Sinclair as the story progresses. The language is simple and mostly informal in most parts of the book. The author has belabored to give a visual feel of the story. The good secret society (the one that is on Maureen’s side) is inspired from ‘The Way’ as (allegedly) originally taught by Jesus and it has no room for harsh words or feelings of revenge or violence and Maureen imbibes these ideas. The idea that looks can be deceiving is amply bestrewn throughout the story.

Now, as the author conveyed through her protagonist that every human being writing things has an agenda, I feel that Kathaleen also had one, a Feminist one. The story is narrated from a feminine point of view, like Mary trying to communicate mainly with females, and only a few males. Though it is also wrapped up in female’s words that males might also have experienced this, but they conceal it owing to their male pride (Which can also be taken as a feminist remark and can also be true to the core). Consider a situation where the protagonist would have been a male and would have unearthed this revelation. Would he not be humbled by it, undergoing alchemy (another keyword from the theme) and seeing things from a female’s perspective (as Peter saw it while translating text).

The author has been forgiving towards the modern elite clergy and shows them as helpers rather than perpetrators. It is just an inner circle within this religious institution that has caused problems (To err is human, to forgive divine). The author has tried to project her personality into the protagonist (by making Maureen an author who wrote everything that is politically correct). The author has totally sidelined Leonardo Da Vinci as the one belonging to the evil cult who despise women and subdue them. On the other hand, she has used Botticelli’s art as the centerpiece of her plot. Many other artists (much heard or otherwise) have also been shown to have participated in passing down secrets by hiding them in plain sight. But as I said, being an outsider to this topic, I allowed the author to convince me with her story, and to that point, Kathaleen has failed me. Couple this with anachronisms like Limb straighteners from India in the time of Jesus Christ, having three books as Mary’s Gospel (Even the Apocryphal one mentions 4 books) and that it was written in Greek (Only some of it is written in Greek, major part is in Sahidic) and my appetite to read was reduced.

This is a trilogy and maybe that is why, the plot takes more than the first half of the book to start off. Even then, the plot isn’t that gripping that I’d cling on to the book till late nights. It was like a rocket that failed to fire. Overwhelming use of adjectives at places makes the language excessively belabored and obnoxiously irritating. But in the end, it was neither a Fiction thriller, nor a well-researched theory and by the time it ended, I had this pent up feeling, thank God it’s over. The next in the series can wait for a long time; it is possible that I never read it.

Many truths are handed down as fictitious folklore and stories where much of the faith dwells in pure fiction.

P.S. I've had this review in my drafts for quite sometime now, say, months. The reason why the other two much more recent readings got precedence over this one are because this book did not match up to its best seller status in my eyes.