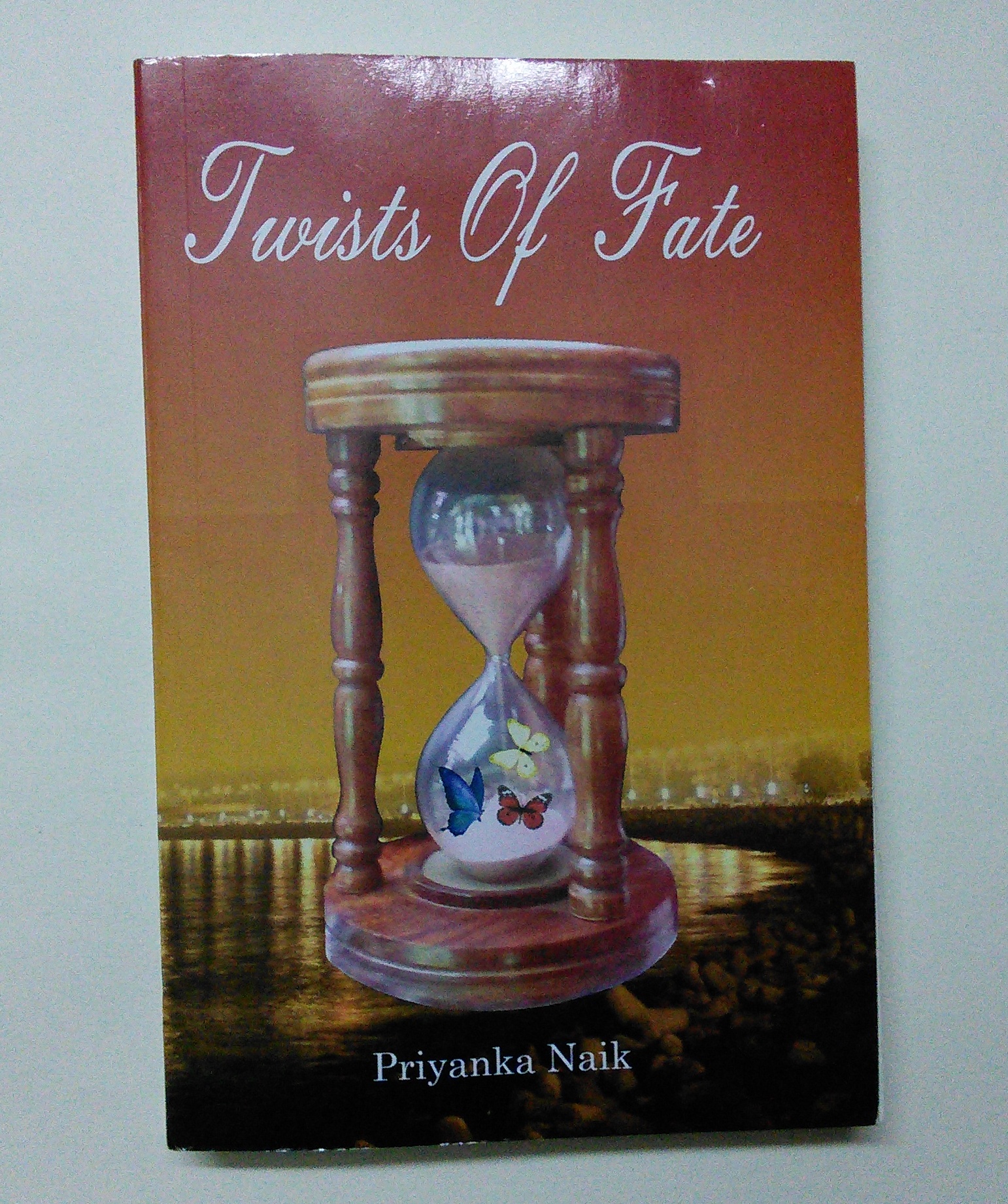 ‘Twists of Fate’ is Priyanka Naik’s debut novel, which I read somewhere is semi-biographical but aptly coated in fiction. She is a practicising doctor, a blogger at 'Nostalgic Moments' and now has a published piece of paperback under her belt. What’s next? I don’t know, but for now, on with the review.

‘Twists of Fate’ is a story about three friends - Sharvari, Parizaad and Nandini, who are like three pieces which make one whole (soul). The story can be divided into fairly two epochs.

One hinges on their nascent years of adolescence, when most kids have little idea of what they want to be in life, and are foolishly confident that they know better. It is the time of first crushes, which are easily remembered as the first and perhaps the dearest love stories. Sharvari, a tomboy, wants to be a writer, Pari, a beautiful and flamboyant girl, discovers a deep interest in photography, while Nandini... well, she’s the shy girl.

The second epoch of this story is after a gap of few years, during which life was running its course, dishing out each girl a share of her rain and sunshine. Each girl is suitably scarred quite differently. A new year is about to start when fate decides to let the three soul-pieces meet again, quite serendipitously. It seems fate had tested them enough for their separateness, and now, wants to test them together. The story goes on. Disclosures and revelations mark the end of their wallowing in misery all by self. Now they have each other, not to forget more twists of fate.

Overall, a pretty decent story, with supple and enjoyable language. But as life would have it, the book too has to have its fair share of criticism.

First was the unjust treatment of the topic of Nandini’s recovery from her ‘body-image issues’. The healing, particularly the accidental confession by Aparna was concealed, its details taken away from the reader, a lack. You're told that what was wrong was made right, but not told how.

Second, the doctor has put too much medicine in the book. There are terms that a layman like me needs to lookup on the internet to know what they are.

Then, there was too much interference of the author’s voice in the story. Either you could wonder out loud, or tell a story. For example, chapter 10, too much wondering by the author in person. That is something I do, generalize the 'me' to 'we'. We do this, we tend to do that. What is the population of the world? You don't know the number, that is okay. What is the population of your state, city, mohalla? What is true for me, and for a dozen others does not necessarily imply it is universal. Even if it is, there are certain facets which I would like people to tell me that they also think is true, and hence, I think, the device is to let the character wonder about all of this this in that setting, rather than the author doing the talking for themselves. For it is still the author, but unlike the absent author, it is the present character who does this thinking. Author can choose to corroborate the claim with situations which might prove the character right, which leaves room for the character to remember how accurate the assessment was, but also has the factor of repeated priming which can cause the discerning reader to evaluate its truthiness in their real life context, and the non discerning ones to blindly accept it. Either the author should tell the story, or should shoot into a monologue (like I do often in blogs) with their own story.

But it also deserves fair praise. Firstly because it was a fine story. And second, it was something I could relate to in parts. Chapter 12 was particularly poignant. It actually carried a very relatable thought for me. Friendships, lasting friendships often occur among people who are totally distinct from each other. Or so I think. They fit in because they are dissimilar, and wherever there is similarity, they don't quite fit in or agree upon. Birds of feather flocking together isn't totally right, it is just that when they are together, they all look like one of a kind. Despite all differences, they coexist peacefully and in harmony. And the poetry in between is good.

By the way, how does one ride a bike, a Pulsar 150 with a Saree on? Just wondering how Sharvari did that on the New Year’s eve, while she went to Cafe Connect.

I’ve recorded the other, not so relevant thoughts regarding the book, in this separate post.

P.S.: If you liked the review, and feel motivated to buy this book, you could do so from Amazon by clicking on this link.

P.P.S.: The author updated me on two facts. 1. The book cover I had used is old (have updated that now) and that Amazon has shipping charges, and she recommended using Flipkart link. So, here is the flipkart link.