Perks of Being a Wallflower - Book Review 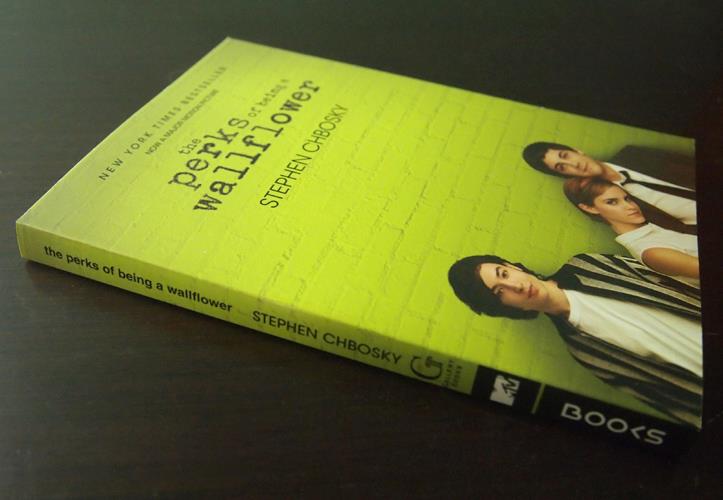 If you are looking for my honest opinion, take it well in advance. “Stop whatever you are reading right now, any book or any novel, just stop reading it, and read this masterpiece first.”

The story opens with,

… And I want you to know that I am both happy and sad and I’m still trying to figure out how that could be.”

I thought it was a part of the plot and it confused me. It looked like the style mimicked ‘To Kill a Mockingbird’. Into the third paragraph, I realized it was not; this letter is for me. From the very first paragraph of the book, this little boy who doesn’t want me to know who he is makes a very personal appellation, friend; a friend who listens and understands and does not try to sleep with people even if he could. He trusts me and faith is what I can offer him in return.

Charlie (pseudonym) decided to write to me as he started with his first year at high school. He didn’t have much friends, and the only one whom he could call a friend, Michael, shot himself. Michael had problems at home. This little boy had me hooked to his letters day in and day out.

The innocence of a 15 year old boy, who’d soon turn into a young ‘adolescent’ is painfully beautiful. He shares his newly acquired knowledge with me, like when he says “It’s funny, too, because boys and girls weren’t best friends around my school. But Michael and Susan were. Kind of my Aunt Helen and me. I’m sorry. ‘My Aunt Helen and I.’ That’s one thing I learned this week. That and more consistent punctuation.”

His new English teacher (Bill) gives him books to read, him exclusively, not the entire class. “…He also said that I should use the vocabulary words that I learn in class like ‘corpulent’ and ‘jaundice.’ I would use them here, but I really don’t think they are appropriate in this format …I just have never heard anyone use the words ‘corpulent’ and ‘jaundice’ ever in my life.’ Later, he does use it, and as a child would, marvels at his feat. I was all smiles to have found such a sweet boy as a friend.

He is socially awkward. No, he is a wallflower! He wants to be the part of this clique that is called ‘society’, to ‘participate’ as everyone around him tells him, he just cannot find a common ground even when he tries. But he did find friends, in Sam and Patrick. He fell in love with Sam in the first instant, though he thought that the two, Sam and Patrick were together and had good chemistry. They are two lovely people. They are not his classmates, they’re seniors, but they’re still great. Charlie, out of his innocence told Sam about his ‘Charlie-esque’ dream about her and when she told him “I don’t want you to waste your time thinking about me that way”, Charlie made every effort to not think of her that way, and you’d find out how if you read those letters.

Each of the character in this novel plays a very different role in Charlie’s life. The more I write here, the more I want to tell you about it. But, I don’t want to spoil your fun. Many of you will relate to it, not just relate but find striking similarities which makes me wonder, what is the difference in people from this world and that, this east and that west? The way his girlfriend asks him “what’s up?” the moment he reaches home and he doesn’t know what to say because the only thing new in his life was his walk home from school where the two were together, and how he wants to yell and hang up but doesn’t because it would hurt her? It reminds me of how I dread that question. You know, what I’ve written might just seem like a bland portrayal of some off the mill book. But trust me, it is as good as a story that a young infant would tell you in his impish innocence.

You might wonder why the title was ‘the perks of being a wallflower’. I would say, read the book. But still if you’d ask me the same question, then I would think you did not read the book like it should have been read. No, I am not explaining what it is and how it is justified, I am just saying it is the best title.

If you do read this book, rest assured that you’d be smiling foolishly with Charlie and his friends. You’ll feel that air in the tunnel buffeting your face and be dazed by the city lights as you emerge out of it from the countryside. You’d want to read all those books that Bill gave him to read be it “The Fountainhead” or ‘Love in the time of Cholera” or ‘The catcher in the rye” or Shakespeare in his masterpieces. You’ll experience his frustration when he tries not to hurt people and in turn damages himself. You’ll marvel at his innocence even when he is high, and will feel hurt like he did when the episodes of his past come crashing into his present. You’ll feel the pleasure when he tells you of his escapades and exasperation at certain times. You’ll feel hope, and despair and euphoria and anxiety and you’ll relate that you did what he did, some if not all. At least I’ve tried to measure carefully in my moments of bliss, what made them so special, what was I doing differently that I enjoyed it so much so that when the rough days came, I could just do the same thing again and return to blissful state. And just like Charlie, I’ve found that it does not work. You’ll see the world through his eyes and I aver that it is beautiful. Not just him, but everyone, every single person is beautiful.

Also, this book brings into light some very serious vice plaguing the society. Child sexual abuse is the one that gives many ‘ouch’ moments. Not that a casual reader would see, but it is there (ouch). Some other topics revolve around relationships in teenage, a topic that is debated in the east where oriental conservatism meets the occidental openness.

To sum up this post “the language is plain and springy and blunt … in this culture where adolescence is a dirty word, I hope nothing bad ever happens to [Charlie].” ~Los Angeles times.

P.S.: When you do read it, or have read it already and you liked it, please return here and tell me, which character you related to the most.

P.P.S: I did watch the movie after reading this and since it was made by Stephen himself, I expected that it would do justice to the book. But, it does justice to only Charlie's story and that is little sad. There are many other stories in the book that made it complete.