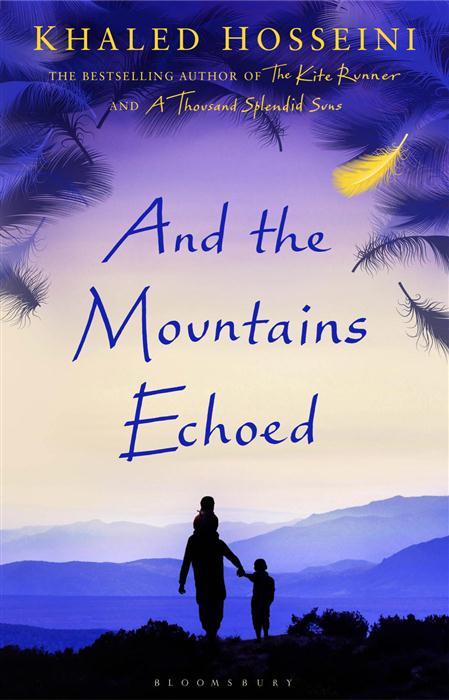 And the Mountains Echoed

Pari is Abdullah’s loved younger sister. They live with their father Saboor, their stepmother Parwana and her child Iqbal in a small village of Shadbagh near Kabul; Shadbagh, where you’d find a variety of grapes grown nowhere else in Afghanistan. Abdullah cared for Pari as if she were his daughter, could do anything for her, he carried her as a prize even when he himself was barely 7 and Pari, 3. Fate as it unfolds, is unfair to many, essentially all. The two are separated by treacherous circumstances, poverty is a malady. Abdullah is scarred for life and prays, hoping he’ll find her again. A finger has to be sacrificed to save the hand, his father told him one such story of jinns and divs. Pari, with her tender age and memory has the advantage of letting Abdullah fade and finally disappear from her mind.

People who are loved are missed by their constant presence in the heart and absence in person as life continues to happen. But sometimes, it is their irreplaceable absence at heart as well as in life that creates a void which cannot be filled by anything or anyone else in the world. It is this inkling that some part of the grand puzzle is missing which often puts us into throes of despair and sadness midst all revelry and fulfilment. There are invisible ties that still bind us, and these strings can tug too hard, but seldom snap.

A caring brother becomes a caring father, albeit a cautious one. Pari finds comfort in the determinable character of mathematics while her mother finds recluse in poetry. It is funny how life unfolds and as The Times said of Khaled, “… he’s not afraid to pull every string in your heart to make it sing.” The story is divided into major chapters, where each chapter narrates a facet, a link to the entire story; yet each story is distinct, lavish in detail and characterization of the person whom it is about and his/her world.

He makes little attempt to draw us the outside world, he gives it to us as we would read in a newspaper. But he chooses his character carefully and just as carefully does he plant them. Then he produces a vivid imagery of the place that we could build it up in our heads, neither too big that it may obfuscate the details in our heads, nor too small to diminish the grandeur. Everything has a role to play, not just the characters, but objects as well. For example, the carpet at Mr. Wahdati’s house which once enhanced the beauty of his house, being plucked by Jihadis during the troubled times in Kabul, with Nabi silently watching them, helplessly. The old blue car that belonged to Mr. Wahdati still serves as a relic of the past to Nabi, and to all the residents of that house later, including Mr. Markos, the plastic surgeon from Tinos volunteering for relief work in Kabul. The author skims through the ages and tumult that Kabul has gone through, but makes sure that their effect is undiminished on the house, and its residents.

There is this interesting anecdote in the novel, the one with the legend regarding the number 63, the age when the Prophet died. Nabi narrated it to Nila to lift her mood. He tells her how Mullah Shekib of Shadbagh claimed that all Muslims had the same lines in their hands. “Meaning that the lines on a Muslim’s left hand make the Arabic number eighty-one, and the ones on the right the number eighteen. Subtract eighteen from eighty-one and what do you get? You get sixty-three. The Prophet’s age when he died, peace be upon him.” But wait, this isn’t the only thing that I found interesting. So when a traveler heard this story and said “But Mullah Sahib, with all due respect, I met a Jew once and I swear his palms bore the very same lines. How do you explain it?” the Mullah had answered, “Then the Jew was a Muslim at heart.” Nila found it very funny, or so would the author have us believe. Maybe it is there because he meant so. But look at that question and answer again, isn’t it beautiful? A Jew with a Muslim heart? What is it being a Muslim for a Muslim is what being a Hindu is for a Hindu, or being a Jew is for a Jew. All are men of God at heart and it doesn’t matter what religion or caste we decide to name God with, inside, we are all the same. But again, this might not be what the Mullah had meant, such is our heterodoxy when it comes to religion. I cannot be too sure of the author, but it is hard to imagine such an anecdote to find its place there when it could easily be substituted with another one, a more neutral one in my eyes.

Life wheels past in a blink of an eye and the ones who were once recited stories are the ones reciting them to their young ones, or to their children if they’re lucky enough. Khaled safely skips the rather uneventful years from the plot choosing to focus on the essentials. It is hard to cover nearly 65 years in a book with all the lucid, lurid details with which life unfolds, but he constantly shuttles back and forth from time to time. The story goes on slowly when it is detailed, and at blinding speeds when it is pacing, but then slows down just a bit to ensure that we don’t miss any detail. Though proper, I found it to be a little distracting especially because it was hard to discern the fast parts from slow until they were over, and when they were (over), there was this little void, of holes not filled. For example, no one knows what exactly happened to Nila Wadhati that she had to be taken to Delhi. All we know is that she was a rebellious child to her father who was a patriarch, that she had many escapades with men he wouldn’t approve of, and that she had fallen severely sick when he took her to Delhi. She tells Nabi that they scooped it out of her in India, and that she had an incision mark which was quite the opposite of what one might get during a caesarian and that she could never bear babies. Though this detail is enough to interpolate, as you might have guessed, but is not enough when one wants to give it a name, for namesake, or maybe more. Neither did he tell what became of Iqbal and Gholam. I can imagine what fate fell on Iqbal, but Gholam? I don’t know and I was worried if he wasn’t the part of this circle?

Oh yes, life did come full circle. Here too it did. But I am not quite sure if after having seen so much, one would be delighted of this knowledge, or feel nothing, or maybe even sad.

The emotions are real, so real that you might have faced them so many times. The characters are beautiful, the most interesting one for me was Timur, I’ll tell you why in the discussions; for now, it is just because he worked on different planes and I couldn’t tell which and why. If you read seriously, you might even cry. The narrative doesn’t beg for attention, nor does it command attention but goes on like everyday life. If you are keen enough, you’ll see so many shades, otherwise, it is just a story that had no beginning, and no end, much like life. A beautiful and emotional read that gives enough time to sob and recover in between the lines and pages. This is one beautiful read and the English, ah, it is beautiful too.

P.S. : I am not quite done here, if you've read this book and you aren't done either, please move on to the discussions page. Here.