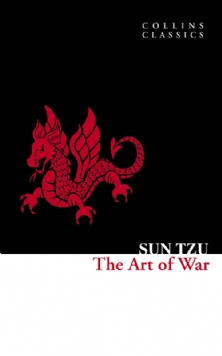 Long time ago there walked in the dynasty of the Chinese Monarch Helii of the Wu nation, a man called Sun Tzu. In the time when the kingdom was caught up in conflict with neighboring states and reeling under the marauding forces of the neighboring larger states, Sun Tzu came up to the Emperor and offered his services to turn the tides and make the empire win. This man excelled in an art, of making war. For him, it was like science, or art, which can be honed with thorough discipline and can fairly guarantee the predicted outcome to be true. Here was a man who saw art in cunning, in war and in its organization.

He laid out principles of engagement in war, of behavior and qualities of the general who must lead the army to battle and perhaps to victory. These principles were written on wooden slates and were later translated to English to become a much celebrated work among the corporate in the twentieth century. Surprising is the fact that how little has changed when it comes to war, except for the landscape in which we fight today, the corporate.

This books is a translation of the very same Chinese text and provides not a story but bulleted guidelines for leaders who wants to be victorious in war. It is more of a management treatise and perhaps I should not be judging the literary skills of a war general and that too when what I am reading is merely a translation and not the original work. But it was a very interesting exercise to sit and ponder over each point and think of things around, in office and what I’ve read in books and in here and there which might corroborate or contradict the point being made. He does make sense most of the time.

Here are a few interpretations that I offer:

A plan has high chances of success if the manager possesses these three essential qualities:

This is a key managerial skill in modern times. But it is not the only one. Through his effective management skills, the manager must develop a culture, which Sun Tzu calls the ‘Moral Law’ such that the subordinates:

The manager must know the market (heavens and earth) and its variations (seasons) and must understand the following points while waging wars:

A digression, but an observation nevertheless was that Chinese people knew of colors. Incidentally, most of the essential qualities, the most trivial ones were of count five. Five basic colors, 5 musical notes, 5 cardinal tastes etc. They also knew something that Newton explained later, that stones and logs would continue to be at rest until someone pushed them, or a round log was set on declivity where it would roll down and come to rest only after it stopped. Another funny aspect of translations is that these do not translate the maxims too well. So what might be a really compact and powerful line in Chinese, in its translation loses that appeal and you are like ‘that isn’t an adage, it’s merely a sentence’. There were many such occasions here and I found them really funny.

So, the 63 pages tell a lot about that time, but that is not the end of it. The lessons echo throughout history from Hitler’s fall in Stalingrad to America’s defeat in Vietnam and the Kargil war would also stand witness to the validity of the principles of the advantage of terrain and skill. This is a book that teaches how to make war profitable, and whether we recognize it or not, our life itself is an everyday battle where we are trying to break even and climb up the profit curve. The skills mentioned here on self and social awareness easily extend to the modern concept of ‘Emotional Intelligence’. I might also say that though the book is from war time, it holds valuable lessons for peace time too. A worthy read, and truly a beautiful art to master.