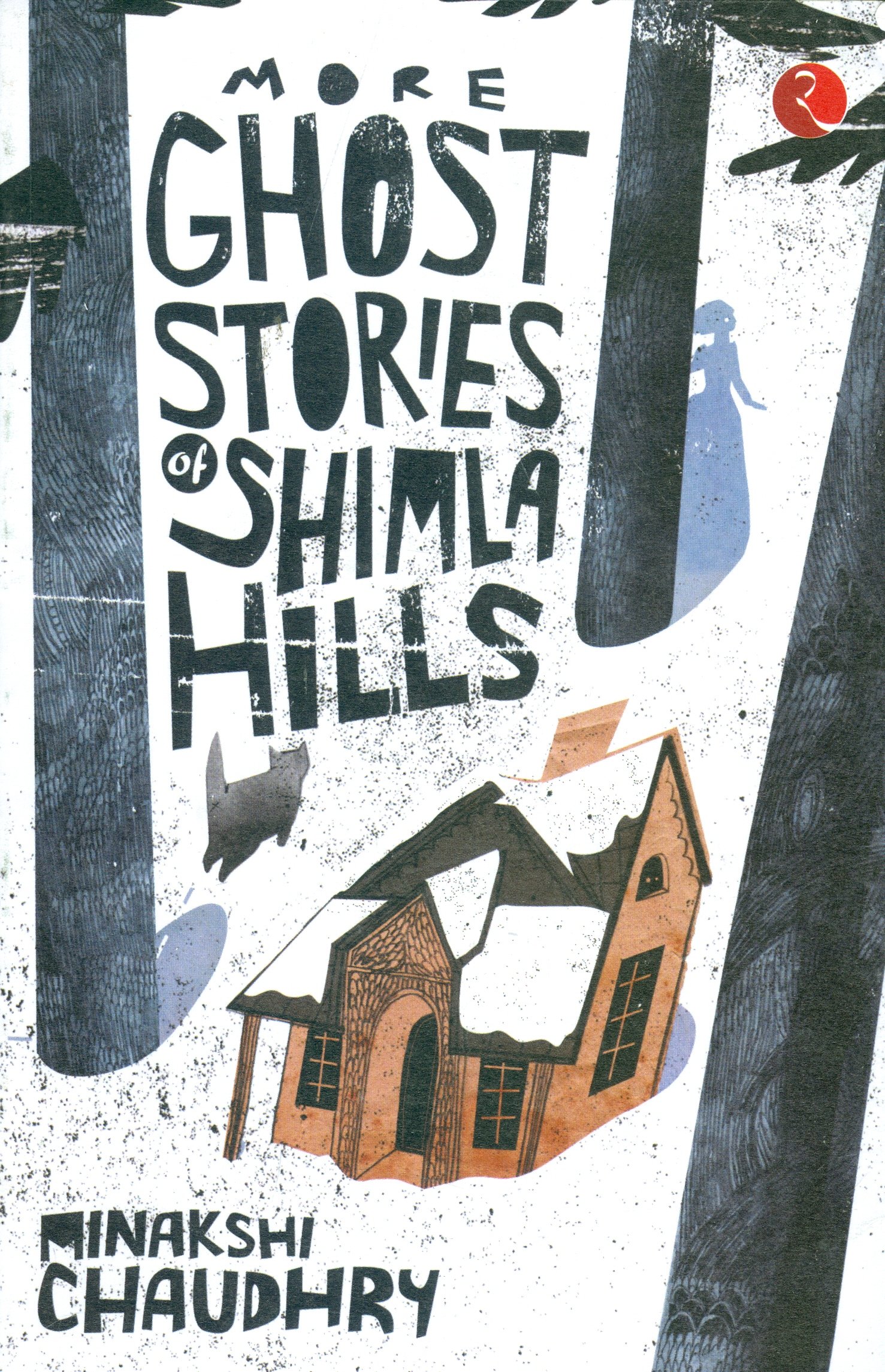 The book contains 16 short stories that span some 140 pages. This time, the book has more stories that are fitting of belonging to the land of gods and spirits - an established belief system of the area. The author rightly tells,

Bhoot, rakshash and chudail are part of life here. They are as important in the social milieu as gods, devtas and devis. People eat, drink, play and dance with them. Here, there is no astonishment, surprise or shock that you interacted with a ghost or met a spirit. Like devis and devtas, the ghosts and witches have their area of jurisdiction over which they have full control. Trespassers are punished.

For the first time ever, I've heard or read about ghosts belonging to a particular religion - a Muslim ghost - a ghost that came with and served a family for generations. Though it isn't anything, the appellation stands out distinctly. There is a diligent warden ghost that slaps nurses on duty if they fail to do their duties on time, while another matron tries to catch the attention of nurses to the incubator ward by repeatedly going in it (and never coming out).

The book continues entreating the readers with the culture of the land in its native form. The story of the nakalchi bhoot tells about the then-life of a typical villager living off his fields and being the only one to support the family; of how circumstances leave you with little option other than being brave. A traditional 'dham' prepared by 'botis' (cooks) is described which is now being fast replaced by modern catering arrangements of a 'reception'. The system may not be religious, but the people in it are. So, it comes as little surprise that Himachal Pradesh Institute of Public Administration has to organize a yajna to put the wandering spirits of the institute building to rest (as late as 2006). The unrelenting march of the civilization into the woods - clearing the woods; apparently, the ghosts have also migrated to greener pastures?

There are tales which are a little hard to digest - but we've all heard them some time or the other. A bhoot enters the body of a little girl at a particular time of the day and suddenly, she is manic. 'Meat lao, sharab lao. Abhi lao', (Get me meat, get me booze, now!) she shouts in a voice that is not hers. She has to be restrained by force - the strength she somehow came to possess in those instants not commensurate with her age or weight. Then, there is this invocation of spirits - A man from Delhi died from unknown reasons in the forest of Narkanda. His friend is in an unconscious state and no one knows what happened. In an investigation by his friends, his spirit is recalled to know the cause and the cure. It tells them in brief what happened and how their friend can be revived, and it works! You know, in India, the term 'Bhagwaan bharose' (entrust it to God) takes on various forms. Apparently, it seems to work wonders.

However, the story-telling seems to have been stripped of its narrative quality. I cannot help but compare it with the first book, 'Ghost Stories of Shimla Hills'. While the first one seemed fresh, written verbatim, this one seems to lurk with contrivance - the stories seem to have been expanded, too detailed - losing their sheen and crispiness.

For example, here's an exemplar, showing the urgency of fleeing in the story 'Fruit Seller' from the first book:

'Anyway, it's a relief to see you. I will take a dozen. How much?' Atal squatted to choose the best fruits. It was then that he saw the man's hands. They were lying lifeless on both sides of the tokra: they were blackish and hairy...and were turned inwards! Atal shuddered. He stumbled backwards, picked himself up and ran away from the shelter. The tinkling of a bicycle ahead slowed him down and he cried. 'Stop, stop! Don't go ahead. There is a man... a man selling oranges. He has different kinds of hands... Please don't go there,' he wailed, not quite knowing what he was saying. He could feel the sweat pouring down his back as he clutched the handle of the bicycle. 'Were his hands like this?' the calm voice penetrated his disoriented mind. Atal stared down at the bicycle handle that he was holding. Right next to his, was a pair of the same grotesque hands. He slumped down unconscious on the spot.

Compare this to the scene where a pundit is recalling the spirit for a quick tête-à-tête:

Then there was silence again. They could make out some muffled chanting. They did not know what to do when suddenly the room was filled with cries and howls. Both Raj and Mohit screamed in fear, they wanted to run out of the room but their feet froze. Slowly the screams died and they heard a clear voice, 'Do not grieve for me. My life was to end this way only. In my previous birth I had committed a sin and I got what I deserved. Tell my family that I am happy and secure.'...'What happened to you?' 'No use in knowing that, my friend,' the voice said, 'just remember, this was destiny. But do not ever mock the spirits and ghosts. They are as real as you and me...'

While the first narrative has some chills to it, the dramatic entry of the spirit is deflated by its grandeur and the message it conveys. Sometimes, there is immense detail in the stark absence of it. This contrast is felt acutely when the narrative is weak, which seems to be the case in many of the stories. These qualms are also resonant in Dan Brown's thrillers for me.

The ghosts are still similar - their acts not surprising anymore, but somehow, not as bewildering as the first one. More of a third-hand story than being a first or second-hand experience associated with a folklore. The stories still make a good evening read, particularly when accompanied by hot tea and crisp toasts. The biscuits won't fall into tea while you dip them and forget yourself in the story, but they'll be sufficiently soaked for your next nibble. Amusing, at best. Good times.