Letters to a young poet - Rilke

'Letters to a young poet' are a celebration of solitude in the pursuit of a creative life and offer wonderful advice on how one can lead a fruitful life without being too disillusioned or breaking under the burdens that life places on each.

Letters to a Young Poet 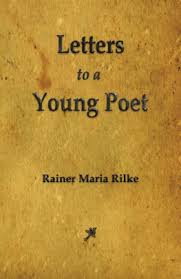 'Letters to a Young Poet' are a set of 10 handpicked letter correspondences that Rainer Rilke wrote to Franz Xaver Kappus at the beginning of this century. Mr. Kappus consider them to be the most important of all the correspondences that he had with Rilke. These contain advice on living and on being an artist.

The letters are a celebration of solitude, something that Rilke considered to be a very important aspect for a creative soul and to be pursued deliberately. He eulogises solitude and at a point claims that when one bears his solitude more heavily than usual, one must feel happy: "for what would a solitude be that was not vast; there is only one solitude, and it is vast, heavy, difficult to bear, and almost everyone has hours when he would gladly exchange it for any kind of sociability, however trivial or cheap, for the tiniest outward agreement with the first person who comes along, the most unworthy... But perhaps these are the very hours during which solitude grows; for growing is painful as the growing of boys and sad as the beginning of spring. But that must not confuse you. What is necessary, after all, is only this: solitude, vast inner solitude."

Then, these letters also are a criticism of criticism. He begins by saying that he cannot discuss the verses Mr. Kappus sent him. "Nothing touches a work of art so little as words of criticism: they always result in more or less fortunate misunderstandings." With this as a preface, he also tells that verses of Mr. Kappus "have no style of their own, although they do have a silent and hidden beginnings of something personal". He implores not to look outside for validation of the art one creates, but "to go into yourself and see how deep the place is from which your life flows; at its source you will find the answer to the question whether you must create. Accept that answer, just as it is given to you, without trying to interpret it...Then take the destiny upon yourself, and bear it, its burden and its greatness, without ever asking what reward might come from the outside. For the creator must be a world for himself and must find everything in himself and in Nature, to whom his whole life is devoted." In the critique of criticism lies a problem. To criticise a work of art is seen in adversarial terms. Yes, criticism hurts, but what is a 'work of art'? How does one compare two works of art of just one person, let alone of two? It seems irreconcilable that work of art, any art, might be a false-reflection of the effort. So, when we critique art, what are we critiquing on? 'Only love can grasp and hold and be just toward them' - cannot criticism come out of love? I find these statement contestable as one doesn't imply the other and the two things - love and criticism - are not mutually exclusive. Or at least, they need not be. For now, I can think of only one criticism that is unworthy - one that is given for the sake of criticism. As Alexander Pope wrote in his Essay on Criticism,

'Tis with our judgments as our watches, none
Go just alike, yet each believes his own.
In poets as true genius is but rare,
True taste as seldom is the critic's share;
Both must alike from Heav'n derive their light,
These born to judge, as well as those to write.
Let such teach others who themselves excel,
And censure freely who have written well.
Authors are partial to their wit, 'tis true,
But are not critics to their judgment too?

Above all, criticism is a tool, a means to an end. Despite his stance on criticism, Rilke has some wonderful pointers for that too which derives itself from the desire to love and accept: "And your doubt can become a good quality if you train it. It must become knowing, it must become criticism. Ask it, whenever it wants to spoil something for you, why something is ugly, demand proofs from it, test it, and you will find it perhaps bewildered and embarrassed, perhaps also protesting. But don't give in, insist on arguments, and act in this way, attentive and persistent, every single time, and the day will come when, instead of being a destroyer, it will become one of your best workers - perhaps the most intelligent of all the ones that are building your life."

And finally, these letters implore Mr. Kappus to accept life as difficult, to necessarily see it as difficult and serious. "But those tasks that have been entrusted to us are difficult; almost everything serious is difficult; and everything is serious...Bodily delight is a sensory experience, not any different from pure looking or the pure feeling with, which a beautiful fruit fills the tongue; it is a great, an infinite learning that is given to us, a knowledge of the world, the fullness and the splendor of all knowledge. And it is not our acceptance of it that is bad; what is bad is that most people misuse this learning and squander it and apply it as a stimulant on the tired places of their lives and as a distraction rather than as a way of gathering themselves for their highest moments." On love too, he tells that love is difficult. "For one human being to love another human being: that is perhaps the most difficult task that has been entrusted to us, the ultimate task, the final test and proof, the work for which all other work is merely preparation"

For him, life is meant to be difficult and must be accepted as it is. With this, one goes down the slide of objective pessimism as he sometimes delineates the miseries of living, only to arrive at the pool of perennial optimism from which his life force and his replies seem to draw strength from. That could be a catch too. If one reasons that the only responses that he has written to are to the hard parts of Mr. Kappus and that Mr. Kappus has only included one-sided letters from Rilke rather than the full context (that is, what Rilke was responding to), one might reason that Rilke's letters served to placate an agitated young poet like little rays of hope in the dark hours. Congratulatory and bidding to elevate the spirits by calling out the difficulties as nothing trivial and a test to withstand, Rilke makes Mr. Kappus feel better. But a constant undertone of battling makes it seem like Rilke lived at the bottom of that slide near the spring of optimism and never tried to see if it was just the walls that were steep and difficult or was there exaltation on the top too - as he found at the bottom. He inspires to accept it and face it directly and gave no hopes or promises of a bright sky where there is no struggle. Instead, he gives strength that would come handy while dealing with it. It is hard to tell from just this one work if Rilke was just this way or have his letters been too specific. He did have certain misgivings towards literary criticism and did not consider everything that purported to be literature as literature. It is funny then, that he criticised criticism and yet, in feedback offered the critique of being unoriginal. Of course, it is complemented with wonderful advice. Rilke's rationalization of God as something not yet made or arrived and to endure life as if being pregnant with God is a wonderful reconciliation for those who want to believe in God and are walking on shaking grounds. "If he is the perfect one, must not what is less perfect precede him, so that he can include everything in himself, and what meaning would we have if he whom we are longing for has already existed?" As is his rationalization of the idea of heroism - "perhaps all the dragons in our lives are princesses who are only waiting to see us act, just once, with beauty and courage."

It is a very short read. I feel that it is up to the reader to try and see if it fits in their life without knowing what Rilke was going through. There is little inspiration to be had except for those who already have it and need reinforcements.