Being your own critic (while writing)

How many of us proof read our articles or blogs once we’re done writing it? I don’t, most of the time. Honestly, because I think that I am just writing a blog post for refreshing my mind or pushing the cogs of my creative wheel so that they don’t rust. Practice, as one may call it. Practice has always been my nemesis, literally everywhere. What does that mean? Do I tend to give a secondary importance to these blog posts? Probably yes (But not this one). Even when I realize that I am not doing the right thing? Sadly, yes. What do I give more priority to? Right now, I think it would be my job. A few years back, it would have been my coursework and assignments? And maybe in the next few years it is going to be a lot many other things. So, am I being unreasonable here? Probably yes. But why? 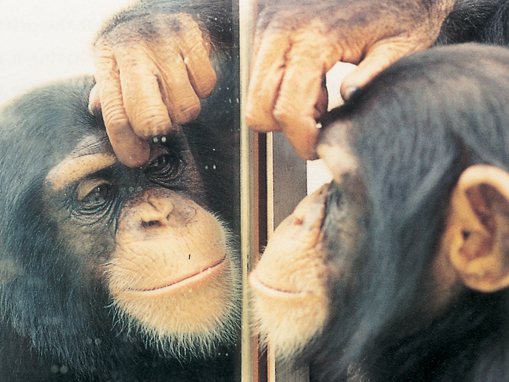 Apart from my laziness to revise what I’ve just written, there are a few reasons why I do what I do. One, I barely make it on time on most occasions. I seldom completed writing my examination before time. Not that I am a procrastinator with all things, especially homework; you see, I used to be a good boy in school. But everything magically happened just at the right time. It is like, I have a feedback loop embedded inside, which self corrects me if I am going too fast, or too slow. Apparently, it isn’t very robust since it easily overshoots resulting in missed deadlines, and seldom undershoots which abstains me from doing things in advance. This auto-tune works satisfactorily in most occasions, but is found to be an under-performer under stress. What does it tell about me? That I need to get better at managing my time and energy.

Another reason, which is more prevalent while writing blog posts which are more or less opinionated and often exercise my muscle is hysteresis. When I write something, it is with a finite perspective. I’m bound in context and I dare not fall out of it lest I may digress, which is by far a norm in most of my blog posts. Hence, I’ve concocted a new punch line to throw at my interviewers in a PI, “I’ve made my greatest weakness my greatest strength – Digression is my forte!” Nevertheless, I’ll do justice to it today (If you notice closely, this was just an exemplary example of digressing from the core point). The problem is, I cannot toggle the context switch in my head like – switch, I’m in, switch, I’m out. Owing to this hysteresis, the progression of a post is always within a contextual perspective. On completing it, if I promptly set out to do a thorough proof read, chances are I will not find any alternatives, except typos, first, because I’ll be tired and second, because I haven’t stepped out of that perspective yet and everything is fresh as a daisy which bloomed in the morning, was plucked by afternoon and I’m sniffing its fragrance by evening. It hasn’t wilted yet, only waned a little. By the time I am out of context, my deadline might be nigh, as they often are.

Have you ever went back and read what you published a month ago, or a week ago, or say a year ago? Sometimes, I do. It is like having moved out of a dysfunctional relationship and afterwards, looking back and thinking, ‘fuck, was I drunk or what?’, or it may be the other way round, as most of retrospection and ruminating about our childhood leads us to believing that we were better off as kids(talk of pleasant memories). It is seldom at par with what and how we think presently. I’ve found that THAT, is the best time to proof read the article or the blog post like an evaluator would do, or an editor, because now we can subjectively dissect the content rather than going with the flow. A time has to elapse for that flow to be severed. Now, we’ll not just see what silly mistakes we made, but also improve construction and pay attention to flow and unity. If not, the mistakes go unnoticed, and the evil lives on.

Unfortunately, most of the time, I don’t have that luxury of allowing the flow to sever. First, because there is something called ‘Heat of the moment’ when raw passion flows through the veins and makes us write, moderation ensues when we recheck; chances are, we no longer feel that intensity by the time we revise and the concerns of being good and amicable, and politically correct crop up in our claustrophobic heads. Also, if you’re reacting to a news, it may not be a news by the time you get back to its review. This is especially exacting for writers who do a commentary on happenings around the world.

But, this does have a benefit in the long run. Like any other skill, this too can be honed and sharpened like an arrow head. By putting it to the grinder again, and again, and then again. So, while we are editing ourselves again and again, we also tend to get better at first hand constructions and tend to make less and less mistakes in our first drafts and a time comes when we become adroit at writing good first drafts. It is just like practicing math. Do arithmetic every day and then doing that level of arithmetic will become a reflex, you won’t have to put an effort into it.

Again, practice is the key. But just practicing and never checking if what we did was in fact correct, we’d actually be ruining our minds with filth rather than pristine knowledge. Anyways, someone else’s filth can be your lesson. So, learn my lessons and become better. This habit would soon manifest itself in every other field that you pursue, and you’ll notice that you don’t utter non-sense like you did. Even your impulsive responses would become more rational if not appropriate and you’ll know, it was time well spent.

P.S.: Besides, writing a lot in between the drafting and revising helps in falling out of context faster, because we’re diverting our attention while attending to other important things in life.