Re-inventing the 5 C's of Writing 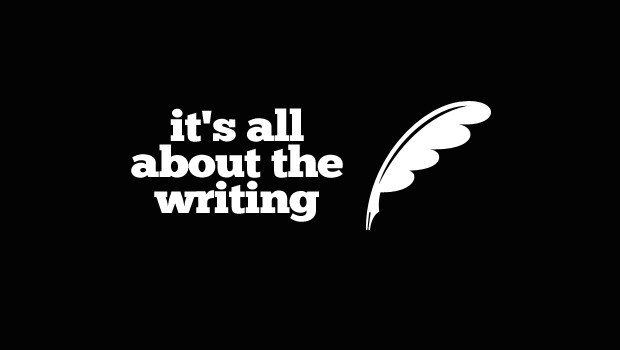 My journey in freelancing has been deviously wayward so far. Freshly out of engineering college and couple of months before I had my first tryst with ‘being employed’, I was already in love with the idea of blogging and raring to launch myself into more creative avenues. Luckily, one opportunity came sauntering in right into my humble mobile inbox and I don’t know why I read that message, since I was used to deleting advertisements without much thought. That was my beginning into freelancing and luckily, it was about technical writing.

Then on, from content writing, to editing, and to content guideline production, I have been hopping in my freelance career (admittedly without spending too much time in each and marked by distinct gaps between each). The last one was about creating content guidelines on the basis of which one may rate content and calculate payouts. This was one among my many firsts that this domain exposed me to. Many searches on Google proved fruitless and much to my dismay, I was grappling for a little grip across this precipitous terrain. So, I sat out under the stars and thought out loud.

What characteristics would I look for in a technical article for it to qualify for a maximum payout? I initially focused on the ideal case, the most simple one - full payouts, because it can be refined later once we have a satisfactory model. This question did not generate any answers in my head. Mind went numb like some withering heartbeat on an ECG. I stopped thinking and my mind wandered, surprisingly persistent on this thought chain, with a different question in frame albeit.

Forget payouts, what makes an article interesting to me? “Something that arouses my curiosity about the subject being discussed, where the author demonstrates by his wit and accuracy of expression his mastery over the subject and at the same time invites, instead of intimidating, the reader into the field by making it simple and relatable.” It was such a rush, I can barely remember what was actually said (Yes, I made that line on the fly). Nevertheless, I managed to note down four keywords in my notebook after descending back into my bunker: Language, Knowledge, Curiosity and Creativity.

Having written them down, I stared at them for a while. And then, they started to morph into much more refined thoughts. The next revision said:

Hmm, this is pretty topic agnostic. Nevertheless, I didn’t get anywhere further after that on that day. In fact, I didn’t get any more ideas for at least a week. Then it happened again; another burst without having to look at what I had penned earlier, after a fresh assurance to my Ed that I was working on it:

Having strewn them out there in random and comparing them with what I had written before, I tried to define each one of them to compartmentalize each term. For example, the word count is a measure of how tightly can the author spin his web. This is necessary when word count is premium (as paid articles usually are). Voltaire once pointed out that an article isn’t finished when there is nothing more to add, but when there is nothing more that you can take away from it. Language quality focuses on the clarity and simplicity of language. The language should be accurate, and not ambiguous. This shows that the author knows what they are talking about. As Einstein said, ‘If you can't explain it simply, you don't understand it well enough’. Completeness deals with the exhaustiveness of the topic being discussed. The girth of content depends on how wide a net you can cast. Has everything that could be important been covered? If not, the work is not yet complete. Quality of Reference might now show how how hard the person has worked (he could be extremely smart person), but is a fair judgment criteria for calculating the effort that the person has put into writing the topic. The last is adherence to style, set forth by the person who requested it or the need of the topic was. It manifests itself in the logical flow of writing such that each preceding element is a precursor to the next, so that the article is not disconnected. Unity of each element is necessary. For example, there is usually a rough skeleton that every publisher of technical articles adheres to.

Very good! This was getting interesting. I was running out of ideas and was trying to convince myself that these points were pretty much exhaustive. Now, I started to group them down into clusters, to club them together if possible. The overlaps between the ideas from two different days were Correctness and Completeness. Word Count qualified as a fair judgment criteria. Adherence was inducted. I then noticed that I could eliminate ‘Word’ from ‘Word count’ and I would get three ‘C’s. Immediately, a substitution ‘Conciseness’ came into my mind.

Three C’s, very good, keep on working! I kept on fiddling with permutations and combinations to see if I could get more C’s to fit the puzzle. ‘Clarity’? Wonderful. ‘Cleverness’? That would do, not exactly the best thing, but goes along with the C theory. Everything that I had written down before suddenly fell into place, save one, ‘Adherence’. That too came the next day, ‘Conformance’. I was delighted! Since 6 did not look very good a figure, and because I was partially biased against cleverness, I chucked it out. So:

Now that I was happy with what I had created, it felt too rhyming to have been invented for the first time. So I casually Googled, ‘The 5 C’s of writing’ and lo! There already are 5 established C’s of writing: Correctness, Conciseness, Clarity, Coherence and Control. Further reading reveals that Control is essentially Conformance. Coherence demonstrates how smoothly the author can link up and transition from one point to another. I had an extra C for Completeness while the logical flow of words (coherence) was covered in Conformance.

I was both happy and sad for having validated myself against what seems to be an accepted method of work. Happy because I re-invented it. Sad, because I had to re-invent it. So why put it up here in so much detail (apparently against the rule of Conciseness)? Barring the fact that I like to explain in lucid detail and that you don’t question a host for his benevolent hospitality even if it gets a little bit taxing, there are two reasons:

First, to demonstrate the thinking process that I went through to find the right ingredient. Since, I like to believe that I am into science, it is imperative to understand how science works. First, we observe. Then, we make a theory, a hypotheses which neglects complex aberrations for the sake of simplicity. This may manifest itself in the form of a physical and then a mathematical model. Subsequently we either refute it straightaway with proper reasons, or we accept it for the time being and refine it further making predictions until the time it is found to be inconsistent. So far, we’ve observed, made a hypotheses and created a model. It is upon us (me and you) to either enhance it, or to trash it. But whatever the case may be, we don’t get something that is elegant in the very first go. This is evolution. (In fact, I used a form of linear curve-fitting for the first time in deducing a mathematical function that would give the rate of payouts within an upper and lower bound. I’ll explain that if you ask me to.)

Second, I like the concept of being in a community (though I feel awkward in a community). It is a give and take phenomenon, we’re bartering stuff anyway. So, why not exchange knowledge and gain knowledge in return. That is why, all I know is here, or will be here. And you can ask me, I’ll tell you if I know, what I know.

P.P.S.: 1. There is some controversy if Einstein really said that or was it Feynman, or maybe someone else. It's the age of Internet, and misattributions.

2. Even Voltaire didn't quite say what I quoted, I read it here. But whatever drives the point.