What a first job can teach you? 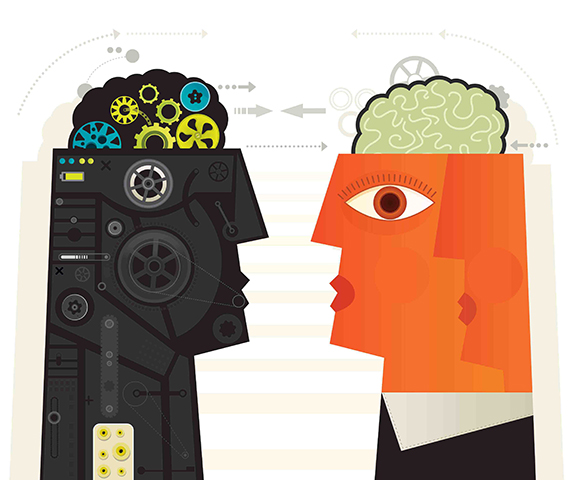 “If you've received this email, it definitely does mean that you have been among those people who have been a strong influence in my life, and that I have taken mental notes from you, time and again. This is a bout of philosophy (rather questions) that I'm throwing at you and I'd appreciate it if you could get back to me with direct, honest answers (as honest as you could get) and without much diplomacy and on the instinct.”

A friend of mine (whom I know from outside blog world but does blog sporadically, here) in his introspective mood sent out a flurry of questions to a few people and asked us our honest opinions. It really feels good to be of worth somewhere and since advice is often not taken just because it is free, I was more than elated to put my two cents in this discussion on being explicitly incited to do so. Incidentally, there are a few questions that I’d give answers from my real life experiences and these lessons are something that I’ve learned first-hand, and later found evidence in books too. Not that I am sharing all the questions and answers, these seem to be my superset of all answers. Here goes nothing:

#Q. What would be your ideal age to retire (if you believed in a concept of profession/retirement) and what would be the condition which you would retire in?

Retirement is a rather old concept. Today is the age of knowledge workers and as (I think) Drucker has put, by the time we are 50 or 60, we aren't quite done, we're just bored. I wish to change that for myself, so I do allow myself to dream and sometimes even chase them. Things get grim when I take it down on my ego, closures are tough you know. So yes, I'd like to put my brains to good use until they are useful.

One thing that I've learned from the brief time I’ve spent on job is that everyone is expendable. It is just a game of management to make people stay and feel valued. It is more of a managerial trick that makes people believe that they are indispensable, otherwise, this idea is a farce. I worked ‘head over heels’ when I was new to my job and our manager said to everyone, “you don't realize how important the project is, you must put extra effort into it”. By extra effort he meant overtime, and most of us took the bait.

I've been through a time when the way I worked had permeated into my subconscious in such a way that I'd answer to normal daily questions in a rather technical (computer related) way when I was absent minded. I worked from 9 to 8 in office and then from home till wee hours. I remember when I was down with dengue and bedridden for more than a week, my mother would bring me juice and ask me to drink it. Even in my sleep I'd say "Put it on the job scheduler, I'll do it in the next execution cycle." It appeared funny you know, but wasn’t, it was ugly.

I questioned myself, why is it so important to do something overtime when I wouldn't even be acknowledged for it. Moreover, I am digging my own grave by raising their expectations. Maybe due to age, or due to change of mind-set, or household responsibilities or any other environmental or mental factor I might be unable to carry the same routine and then they'd brand me as lethargic, procrastinator and what not.

Second, when I made myself available like that, I received calls at home (talk of high availability) about how things were getting done. First, I liked it, I fed actively on this idea of being the centre player in the field, that everyone has to flock to me to know how it is done because I was the master of that trick; but as the arsenal of knowledge grew, it got difficult to manage energy between what I was expected to do and fighting such kind of fires. Consequently, it stressed me out, and I don't work well under stress. But, this stress was something I'd created for myself through accretion around this whole idea of being the star.

There is when I learned 2 indispensable lessons, 'delegation' and second, 'communicating through emails'. Also, I stopped staying after 5. The phone calls came, and I told them to send the problem and the necessary information logs on my email address.

This brings me to another aspect of being a fresher and being tech savvy. We get webmail addresses and this webmail is not accessible from outside the company network. But because I did not want to miss any email the moment it arrived, I forwarded it to my Gmail account and also made provisions that I could send response emails directly from Gmail as if it had originated from my webmail. Eventually, I got bored. I get bored faster than a bird changes nest. Also, I realized that this illusion of hurry is self-imposed. Emails are 'asynchronous' processes, why would I want to handle them in 'real time'? That is what telephones calls are for. From then on, I put an end to that practice in my routine and office life has been less stressful ever since.

Now back to calls and delegation. By telling them to email the problem, I tried to convey to them that work can wait till morning if they wanted my services and that they should rest their tired brains. The funny thing is, even when I'd supplied them with all the documentation of how it is to be done, they'd not look at it and still send for me. So, yes, I did that to free up my time from fighting such fires and focusing on the task at hand.

As a result, the calls decreased gradually, and eventually stopped. Now what happens in office stays in office and I don't stay beyond office hours until it is the task at hand that cannot wait. But now, I decide its severity and am more than glad to do it if taking a break would put me out of tune.

Before I end this, let me be clear why I did my work the way I did. I feel the question is wrong in many senses except for its curiosity and honesty. It was not to please anyone but myself. I believe myself to be a perfectionist, a flawed one, albeit. I knew from the onset that there will be no accolades on the other side, I did it for the sake of doing it, for the fun of it, I am overjoyed when things I create work. I am proud that my mentor trusted me with something everyone was opposed to, and I delivered.

You see, we all develop a rigid attitude towards how things get done, and we don't like it when others oppose it and try to break our bubble of superiority, especially the fresh blood. But that is what fresh blood is meant for, change things, make them better. So, that is what I yearn to learn, to be amenable to change, through reason.

Regarding the second part, of having a life, there is a society inside the office too. This is what my manager gave me, and thankfully so, an advice to open up to it. I try to act on it every now and then, and I hope I’ll be able to have good experiences to share on that someday soon. Outside this, I don’t know. I am awkward like that, and have more virtual presence of a ghost rather than physical presence. I’ll talk of this virtual and real life divide in a few moments. I see your questions follow a pattern and I like this rhythm.

As for your question, I think I have answered it, how well have I managed to it is something you’ve to tell me. It is essentially how you decide to play it out. To me, putting in extra effort means getting more effective at doing what I do, but within the bounds of 8 to 5.

#Q. What does social networking mean to you vis-a-vis that virtual life it gives you as opposed to your real life?

To me, both are the same, though I am better off on the virtual world because it gives me more time to think while I type. Also, it allows me to give others an idea of what to expect of me, say, theory before practical. Conversations have to be impromptu, so I cannot think too much and I tend to say things rather brusquely. But yes, a few friendships which have translated from virtual to real (where I'd like to press the point that social networking is social networking, be it online or offline) have been sweet, and I am more than happy with them. I hope the other side also thinks the same. There was this interesting activity that I read about. This guy literally went into the woods (out of virtual civilization) like Henry Thoreau did once and shares his expectations and experience. There are many interesting take aways there. Regarding the real life friends, how many would you meet in the coming six months? Look around you, we’re all separated by miles and making a healthy transition from real to virtual and occasionally stepping out of virtual into real world when we are around is what can sustain friendships over such chasms. Virtual world can bring people close and it can separate people too, the choice is ours.

#Q. What do relationships mean to you? (e.g., friendships, a date, etc. - are they purely selfish implications in a deeper sense (e.g., I need a friend, I need a girlfriend) or have a selfless aspect to them)

I belong to the school of thought which says there can be no 'true altruism'. Everything we do, everyone we befriend, we do have a purpose, or at least expectations. So yes, our motives have selfish implications. The selflessness happens afterwards, when our values kick in. Selflessness is when you involuntarily defend your friend's back when he's not around, when you'd make enemies with the world if it dares speak a word against your friend, even when we are the ones constantly pestering them and demeaning them when they’re around. Friends earn selflessness as the bonds get deeper. Same is with any relationship (blood relations today run the risk of dilution because of this lack of empathy). Friendships endure, but yes, if any one side stops feeding it, it will fade and things will never be the same. Actually I am not quite sure of how to actually put it, maybe someday...

#Q. What truly makes you happy? (e.g., other than the general implication of your happiness, assuming you have had a goal in life, you achieve that, what comes after that?)

I don't know, it cannot be quantified in the domains of reason. Sometimes I am happy for no reason at all, and sometimes I am gloomy without a clue why it is so. That is how happiness works. If you want happiness, then know that it is going to be a curve that has crests and troughs and we've got to alternate between the two. I've tried the middle, DC part too, and that is okay if you don't want to be sad. But know you won't be that happy either and maybe someday you'll find that you weren't quite neutral, the ripples will always be there.