10 February 2014: The most common letter in English and Ev Williams as a fountain of billion dollar

1. E is the most common letter. T comes next. Et Tu Brute! See? E and T all the way with you. Interestingly Morse codes have been intelligently designed based on this letter frequency distribution to increase the entropy in the transmitted signals. Now, what is entropy? Actually, it is the degree of randomness as chemistry introduced it to us, and that is actually what it is here too. But why would we want to increase the randomness of a signal, because that is the core philosophy of communication. You don't communicate what is already known between the sender and the receiver. For example (as one of my books taught me once), 'Today, the sun rose in the east' carries minimum information since it is by far general knowledge. 'Today, America launched another drone attack in Iraq', ahem, isn't too uncertain either, though it isn't a general rule. So, in terms of randomness, it contains more information content. Then the one which contains the most uncertain content would be 'Philippines invaded the US today', because that is something which is too uncertain to happen. Too much gore to make Al Gore unhappy, lets say a better example is 'The sun rose in the west today' (which is actually a rhetorical rant in Indian connotations :P)

2. The founder of Medium (a new and kicking much dirt idea exchange and voicing platform)​ - Ev Williams - is the same guy who created Blogger (ah nostalgia!) and ... wait for it ... is the CEO of Twitter too. Darn man, he knows what makes public tick! Haven't heard of Medium yet? Now you just did, and *sob* no one is paying me for this free publicity. Anyway, nothing bad about beating the trumpets of good quality :D 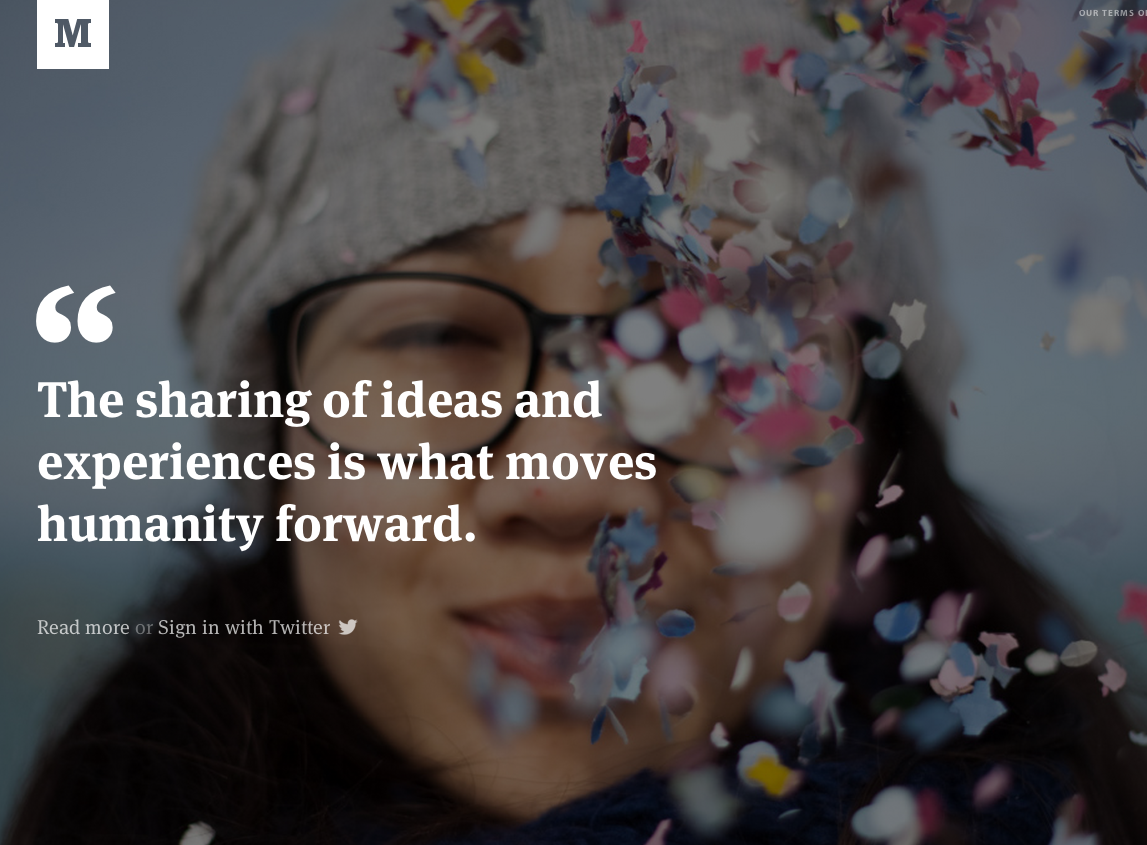