1. RoHS - Restriction of Hazardous Substances Directive is short for Directive on the restriction of the use of certain hazardous substances in electrical and electronic equipment (Source) It is mainly a European Union directive, but similar directives or rules exist in most parts of the world which put a restriction on the levels of lead and other harmful materials on electrical and electronic devices. I stumbled across this question while unpacking a USB (micro) cable from its packet which had this sticker of RoHS. 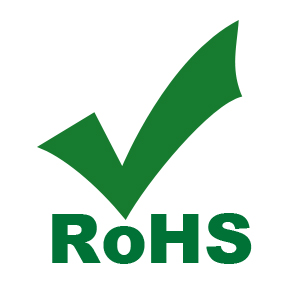 2. Cauchy's Residue Theorem : I think this is what Feynman was so adept at using, closed contour integration. Sadly it didn't make sense to me until today. It is said that everything has a predetermined time of happening, when we are appropriately initiated. So, I tried doing what I learnt from reading Feynman a bit. Just try to simplify new and complex things in terms of what I know. Simply stated, the line integral of a curve over a closed contour (that is a line on the graph whose tail meets its head) is equal to (j)2(pi) times the sum of residues calculated on each pole enclosed by that curve when the direction of traversal is counter-clockwise. If it is clockwise, append a -1 for that particular residue. This is more of a specific case though. It is used extensively in Nyquist Stability analysis of Control Systems in the frequency domain (where we easily forget how we arrived at the solution) and simply count the number of times we encircled the origin (in the frequency shifted space, or -1+ 0j in s-space).

3. With expertise comes great arrogance. If we do not reflect on our actions and give in to heuristics of what we've known (due to a rigid stubbornness that has crept in from never having been proved wrong before) this haughtiness soon wears off our humility and then, eclipses our talent. This is a personal observation. But if you need a reference, there's a quote in the Spiderman by uncle Ben, "With great power comes great responsibility!"

4. Researchers find that swallowing semen is benefecial for people (though they took volunteers from the fairer sex). Many animals do it. They claim that it contains a lot of compounds and antidepressants and euphoria inducers (Oxytocin, estrone, thyrotropin, serotonin, melatonin, yada yada yada). However, I think the facts are being clearly understated and there is more than what meets the eye. Because anything that goes via the route of the mouth will be digested. So, all these compounds will not stay so for long if swallowed. That is also the reason why snake bite might kill you but drinking snake's venom won't (unless you have ulcers or cuts in your tract or if the snakes are Rhabdophis keelback snakes or garter snakes from Oregon), it will be digested (besides, it is protenacious).

Also, semen is also high in protein content, a teaspoon of it contains roughly the same amount of protein as does the white of an egg. So other than the antidepressant, euphoric and other brain related things that they tell you'll get, you just might get a dose of protein. But yes, the vaginal tracts do absorb these chemicals. They absorb many other things and that is why unprotected sex is an Achilles heel when it comes to transmission of STDs. Women indulging in unprotected coitus are statistically found to be less prone to depression because of these chemicals. So, though I am not a staunch advocate of monogamy, but it would be very tedious to run around doing HIV tests on every other person you hook up with, before the act.

The last point was posted after much deliberation. Now that it is there, it must be clear that it is by ample consideration and keeping in purview the essence of these Knowledge Harvests and the name I chose to write with (Blasphemous Aesthete). And just in case you are wondering why would such a thought come to my mind, here is the article that started this thought chain. Besides, I am a seeker of knowledge, and I don't filter what I want to know. I just want to know it all. But telling others what you know often reveals their interesting sides. More on that later.