(Imagined) Life in a vent

Sitting in my office cubicle with ambivalent thoughts in my head, of what I am doing and what I should be doing, my gaze wanders off to the central air conditioning ducts overhead. Unconcealed and unadorned, they are a reminder of the brashness with which work gets done here. Perhaps that is why I am here. And yet, my mind wanders off to what might go on inside these ducts, what life would there be among tiny people who might live inside these dingy passages where light dapples from the ducts which blow out air in gusts like the winter gale.

What if there are tiny people living in there. Imagine what bravery would mean to their children, when the fathers would kiss their daughters goodbye every morning to brave the frequent gusts of tempered winds that blow in these arteries day in and day out. Night time would bring some hours of solace when the mothers would sing lullabies to their children after feeding them on the measly forage that the fathers managed to collect from the precipitous and tricky duct openings. ‘Fishing’ is what they do every day, much at the mercy of these winds which swallow air from some far off lands and throw them in after passing them through heavy sieves (Not that they know, but those who do must be Magellan and Columbus of the textbooks the children read and the fables that mothers recite to their children at night). They have their occasional skirmish when the 8 legged creates start to breed in there. Always cautious of the intricate almost invisible webs that it spins, a trap which can cut winds and not sway, trapping anyone who casually passes by. The relation is of an enemy, where the tiny people kill baby spiders, because they can, and the mother spider kills anyone of these tiny people, mothers, fathers, or children, whenever it can. The enmity doesn’t stop, but does give rise to interesting legends of a father singlehandedly slaying the multi-eyed monster. Of course they aren’t true - the singlehanded part; the spider died because it got pinned to the duct while the father tackled with it in a frenzy to save his own. The monster stuck its head out while someone from our world was cleaning the ducts from the outside. You must be knowing what had happened, but hush… don’t tell them for it is a daddy’s secret, his talisman to his children, and an inspiration for them to become brave and strong.

Imagine the angst on the faces of sons, daughters and mothers, the anxiousness while they wait for their triumphant fathers and husbands, and the slight disappointment when he returns empty handed. They’re content that he returned.

Imagine the sorrow when he does not return. For ducts are precipitous grounds and one slip means certain death. Age does that to people, even here, makes them weak, and sometimes, careless out of confidence of having lived a life through. The children silently sulk hiding their faces in their mother’s bosom while the mother sheds silent tears, for it is her turn to step up and man their tumbling boat.

Though boys are a little reckless with their jokes and emotions as girls are reckless with their hearts. They’re foolhardy, talk casually about death and about dying. But life teaches everyone, some-time or the other. Reckless boys become caring fathers, girls become loving wives and grieving wives become stronger mothers. Life, it doesn’t stop. Life, it goes on, even if it is trapped, in those tiny vents. 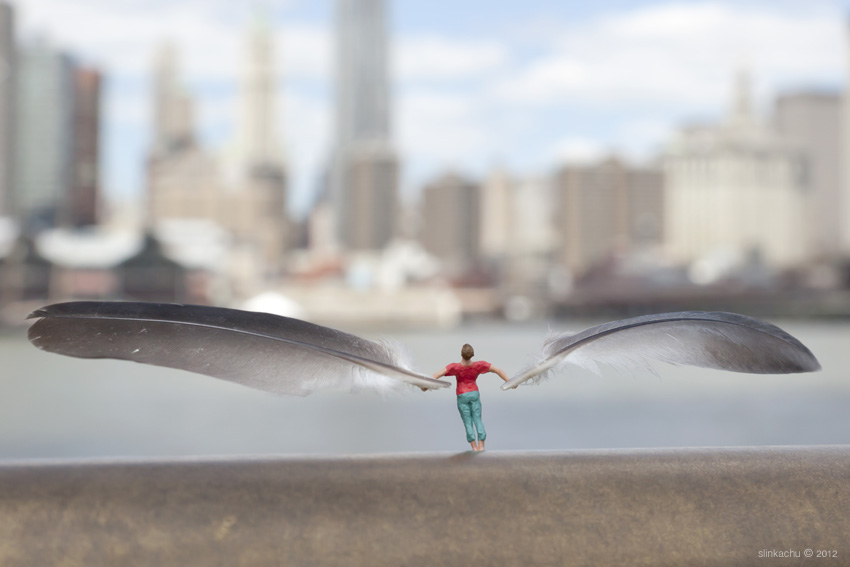