So you think you can tell?

The recent death of a bollywood celebrity sent a lot of us talking about mental health and clinical depression. I saw a lot of people post statuses on their Facebook walls, that they are always open to talk. I saw many, otherwise bitter and politically rabid tweeters suddenly advocate being nice to people and being kind even to people who smile (what even?). I have participated in that too. Who was the last one? Chris Cornell? Chester Bennington? Robin Williams? Vincent Van Gogh? Ernest Hemingway? Sylvia Plath? Alan Turing? Virginia Woolfe? Edgar Poe? (You might be tempted to segregate clinical depression from acts of suicide related to 'other' reasons in many of these cases, if you are, that's okay.) But, it is such a nice feeling to know that we have opened a communication channel for those who are suffering to come and talk to us. The work is done. Right? Will post another one when the next one 'makes it to the news'. What do we say anyway? 'Why did they not seek help?' 'No one knows exactly what they were suffering, so let us not judge!' Of course, let us not judge because when skeletons will be dug up, we are scared that there will be many mirrors too, and we will not like what we see there. Look at all the shite that people unload on Deepika Padukone. Let's quickly bury the dead and let them be dead peacefully. What's next on the menu? Ah, Nepotism! Tch tch tch! Such a shame, this nepotism, no? The entertainers know three things, and they are doing them quite well in life and in death - entertain, entertain, entertain.

Depression, do we even know what it is? Medical research may identify a series of symptoms, chemical deficits, brain alteration, behavioral changes, and then label it as clinical depression, but its education seems severely niche. Do you know who knows what depression can do? The one who deals with it. I may talk all that I like about empathy and compassion and to express and not repress, I may take my small woes and amplify them in my head just to see what it might be doing to them, but do I know? No! Even if I could know, even if I do know, can I do something about it? I don't know. It is still like some taboo that the ones who have it don't talk about and the ones who don't have it don't talk about. We ask our loved ones in exasperation and helplessness - 'what is wrong with you!' But stop! What is wrong with US? Nothing is, except that we have been deluded.

Happiness. Most of us know it in some form or the other. You know, I think happiness is like orgasms, or the promise of kingdom of heaven, or that of perfection. It's real experience is elusive and ephemeral, it does not last. Oh but while it lasts! We want it to last! We want only happiness to exist in our lives, so much to the effect that we chase it endlessly. One of my brothers once told me that climaxing/orgasms have been described as the windows to the absolute, lasting bliss, the paramananda in some of our scriptures - the zero, the nothingness, or completeness - much like the figure zero itself, which does not begin or end anywhere - perfect. That another close form is the infinity, the merger of two complete zeros to produce another form of perfection - no end no beginning, the partner. And that is why, I was told, people find sex liberating. To witness that bliss in whatever fraction they can, and then try to expand it into their lives. Who would not chase heaven once they have had a taste of it, no? (We did not read what we didn't understand - bliss as nothingness and completeness, we just remembered happiness) But what we now have is a problem. Having substituted 'bliss' with 'happiness', we have developed a morbid obsession with this one part of the broad spectrum of emotion that has evolved over centuries of evolution. We easily believe that anger is bad, and sadness is to be avoided - but if that were the case, we would have evolved to extricate them out of our systems. But no, we chase happiness all the time. And THAT too is a problem, the problem of excess.

We love all those heartwarming messages, asking, no, exhorting the ones suffering to come to talk to us. Oftentimes, we think we mean them in earnest. And yet, most of them don't come to talk to us. A lot of time, it is because of their own hesitations, or them downplaying their pain - why be a bother to someone who is offering us such nice words. A lot of times, they won't talk because they are convinced that you lack the agency to grasp it. You know, stress makes the senses sharp, too sharp, and a sad person can see you and your actions in a much, much clearer way. And we don't walk the talk most of the time. Our talks of depression do not enter the mainstream and day to day talks. Why? Because we are running after happiness and why ruin a good mood with a bad thought or topic? But is it such a turn-off? No! We are just obsessed with happiness. I feel that Wordsworth wrote something very normal in the Lines written in early spring -

"I heard a thousand blended notes,
While in a grove I sate reclined,
In that sweet mood when pleasant thoughts
Bring sad thoughts to the mind."

We shy away from them. We don't realize that a good mood cannot be spoiled by such thoughts if it really is a good mood. And I am talking about interpersonal conversations, involving one, two, or a handful of people who are comfortable in each other's company - like friends, a spouse, a parent, a companion. It doesn't spoil the mood but stands the benefit of increased awareness, and the benefits of a good mood can help set the tone for the cloudy days. Have you ever talked about death and its friends with your own people - about your death, or of someone you know? Did it spoil the mood? Death is a reality, and though it may make us uncomfortable on various accounts, a neutral and objective talk about it is bound to crop up among close people without degrading the mood. For those who've read Murakami would know that there is nothing constantly happy about his writing, or Khaled Hosseini, or, or, Dickens, or... you get the drift? And who do we go to on our bad days (or when we are done brooding)? I think we will talk to people who have voiced their support in a way which makes sense to us, those we feel can help us - and that is not the researchers first, that is our own people first, starting from our innermost circles of a partner, a family, friends, acquaintances, on and on. When they fail us, we look elsewhere - specific communities, forums, fellow sufferers, the alcoholic anonymous. Likewise, for the ones who are suffering from depression. We, at some level are beasts, animals. And trust me, a hurting animal does not trust easily. It takes a lot more patience, and lot more courage, a lot of lot mores.

"You must be very patient," replied the fox. First you'll sit down at a little distance from me - like that - in the grass. I shall look at you out of the corner of my eye, and you will say nothing. Words are the source of misunderstandings. But you'll sit a little closer to me, every day..."
~The Little Prince

Then, the charge against the machines. Artificial Intelligence is dumb, despite the marketing. It exacerbates what you are feeling. It is accurate enough to detect the tone of your mood from what you watch or read on the Internet, on YouTube and with Google, but it does not interfere to mitigate. It simply gives you more related stuff - relevant in connection and attributes to what you are consuming. Remember the rich gets richer, poor gets poorer dichotomy? Oh! You are watching comedy? Here's more 'related' comedy. Oh, you are watching motivational videos, here is more motivation for you! Oh you are listening to sad songs, I know what could make you better sad! As humans, we will consume it, that is how we are wired to an extent. Of course, AI cannot decide whether to intervene or not, it can't. That is why, the onus is on humans, ourselves and our fellow beings to put a check on our consumption trails too. It is easy to go down the rabbit hole in a purely AI driven platform. That is one of the reasons I like reddit. It has humans, and there is no limit to human sufferings or to the human spirit of supporting each other out. I've seen people get well, people doing a U-turn recovery over a span of posts. AI can't do that yet, and I don't think it will be able to in a long long time.

The medicines are a hit or miss. The medications cause addiction problems, and if not addiction problems, there is the possibility of relapse. Even if there is no addiction or relapse, there are long term side effects to medicines in general. Why? Because medical research is still learning and we don't know enough to restore the body back to what we think it should be. Our Humpty Dumpty cannot be put back together again. But let us not even go there - some progress is being made and that is good news. I think anyone suffering would make that trade of a faulty liver, or a chronic gastric problem in exchange for the reprieve from their mental hell.

P.S.: It is hard, I agree. There are some good Samaritans out there. But, caring for too many with the closeness that a loved one can is not feasible. I would say that is foolish. Just watch out those who you care about. And why that is so beautiful, and why that quote from the Little Prince? I'll leave you with the chapter (link) for you to find out. Take care! :-)

P.P.S: This video (link) captures a lot about it. A lot of people have been through this ordeal, and lived to write about it - William Styron being one, and Rottenberg among the many others. 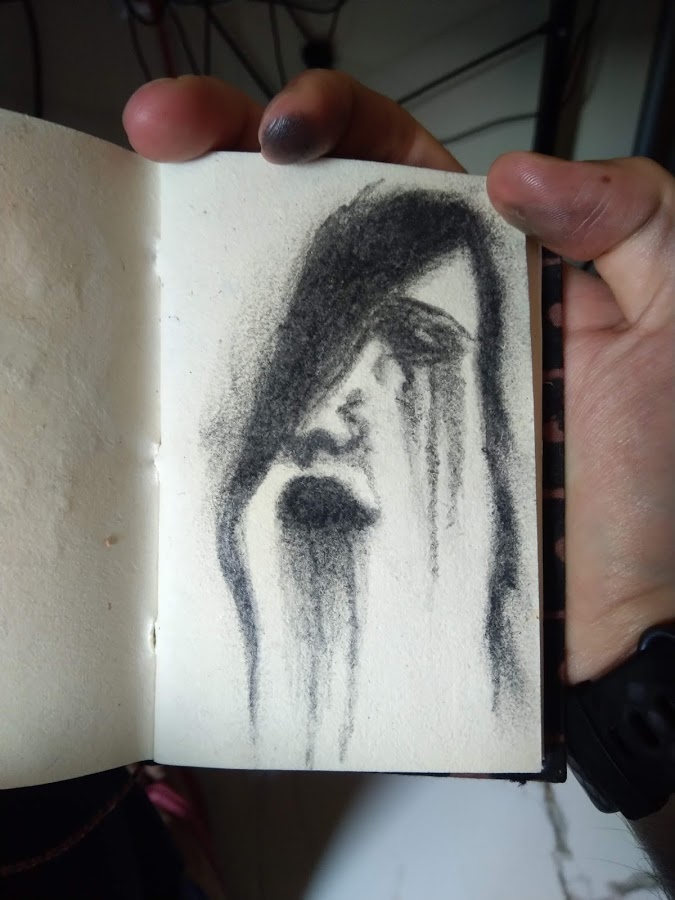